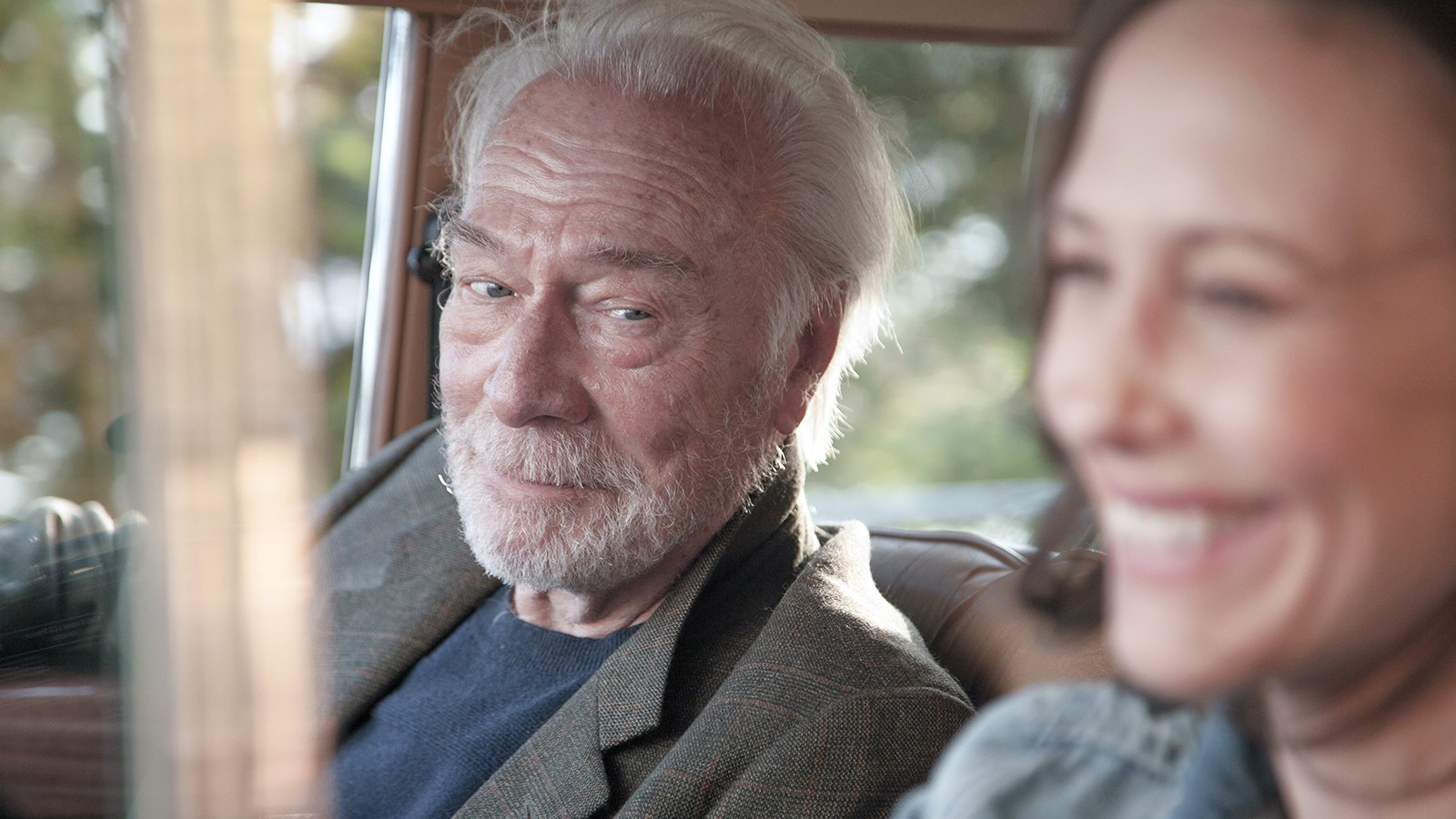 After her wayward father (Christopher Plummer) is kicked out of his nursing home for dealing pot, a Seattle woman (Vera Farmiga) and her troubled teen son accompany him on a riotous journey down the coast. An impressive supporting cast includes Peter Fonda, Bobby Cannavale, Christopher Lloyd, and Kristen Schaal.

Laura (Vera Farmiga) is a bundle of neuroses, so afraid of abandonment she can't resist adopting every stray animal she sees. Her itinerant father, Jack (Christopher Plummer), barely a presence in her childhood, now finds himself kicked out of his senior-care facility for dealing weed. Her son, Henry (Lewis McDougall), got expelled from school for making lewd portraits of the teachers. Sounds like this family needs a therapeutic road trip! Faster than you can say Little Miss Sunshine, Laura, Jack, and Henry are cruising from Seattle to Los Angeles so Jack can move in with Laura's sister JoJo (Kristen Schaal), on the condition that Jack pays Henry's private school tuition. To make this funding possible, Jack meets up with some aging-hippie pals (Christopher Lloyd and Peter Fonda) along the way to secretly unload his epic marijuana stash. This quintessentially American story of an estranged family struggling to connect is breathed with new life by writer/director Shana Feste, who coaxes out edgy performances that play against type—the normally cool, confident Farmiga shows some endearing vulnerability and the effortlessly debonair Plummer lets loose to play a scruffy-bearded ne'er-do-well. Boundaries doesn't try to resolve all of the characters' deep-rooted resentments, but it shows how even dysfunctional families can find new ways to heal, even if the individuals are traveling in opposite directions.

Director Biography
Shana Feste earned a Master's degree in Creative Writing and Screenwriting at The University of Texas Austin and studied producing at the American Film Institute. After working as a production assistant at Creative Artists Agency, Feste moved into filmmaking with her debut The Greatest, which played at the Sundance Film Festival in 2009. That same year, she wrote and directed Country Song, starring Gwyneth Paltrow as a country singer.