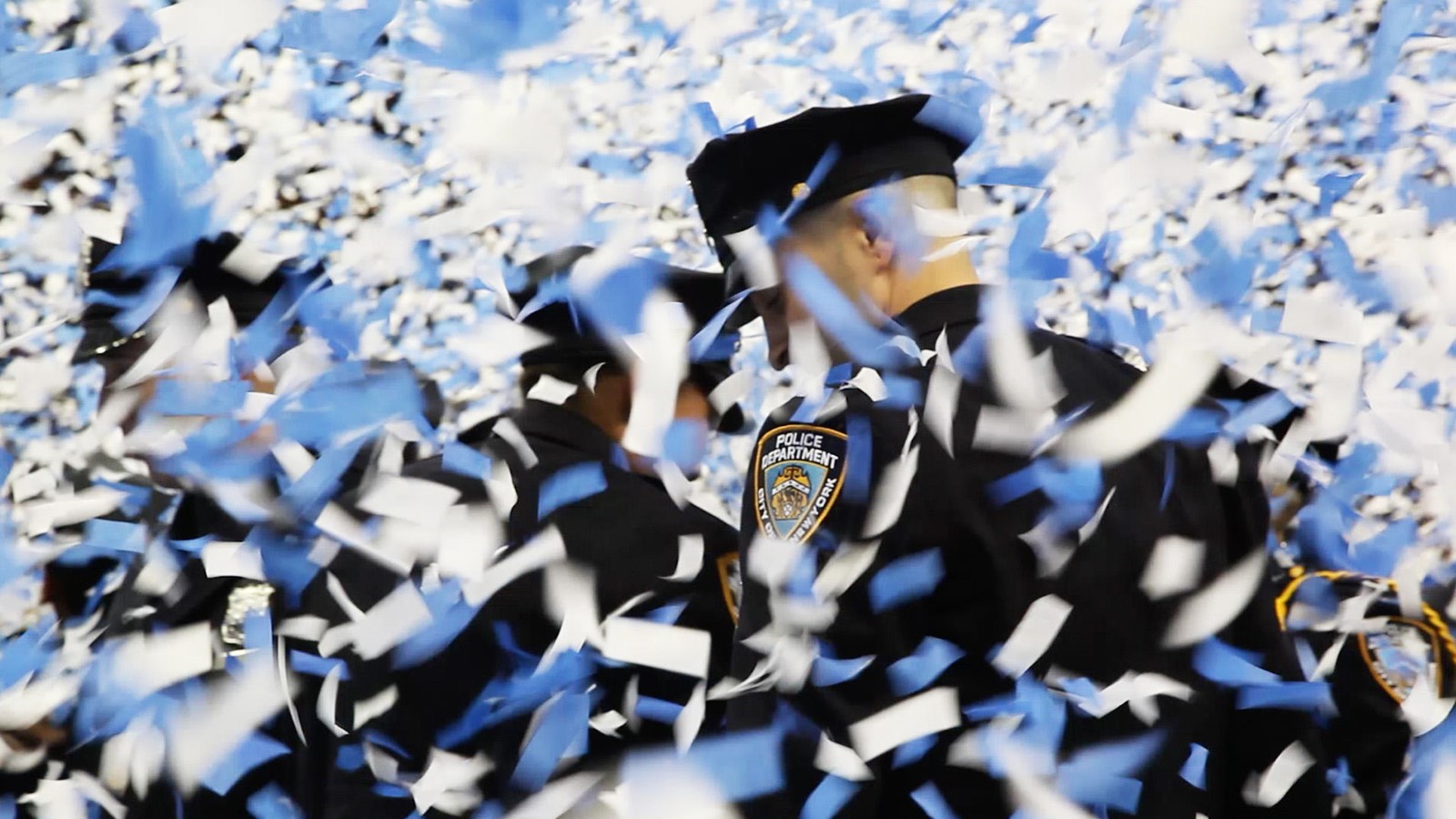 A group of minority police officers risk their careers and their very lives when they expose the discriminatory quota-based policing practices that have plagued the precincts of New York City for decades in this unnerving, intimate documentary spotlighting the brave cops who fight against institutional bias and corruption.

"Crime + Punishment isn't really about 'villains'; it's about heroes and the enemy is a broken system that needs to change." Matt Goldberg - Collider

In 2010, the state of New York banned policing quotas as a method of collecting summons and propping up arrests numbers. But as Stephen Maing's telling and outright blood-boiling documentary reveals, the practice is still commonplace in the NYPD. Police quotas are a set number of arrests and summons officers must meet for the month less they face severe punishment from the department. But when there simply aren't enough crimes to fit the quotas, the result is countless arrests and summon--overwhelmingly in communities of color--that are routinely dismissed in court. With unprecedented access and hidden camera footage, Maing follows the "NYPD 12," a dozen minority officers who filed a Class A lawsuit against the NYPD for their unofficial quota practices and its clearly racist underpinnings. But it's an uphill battle against the department—the NYPD can punish their officers internally, particularly those of color, with virtual impunity, and these consequences rose to cruelty after the 12 spoke on a televised interview; for example, officer Felicia Whitley, five months pregnant at the time and suffering early contractions, had her commanding officer attempt to revoke her medical leave. Revealing, infuriating, and downright relentless, this film still inspires hope as good officers refuse to give up the fight against a corrupt monolith of a system.

Director Biography
Residing in Brooklyn, NY, Stephen Maing is a documentary filmmaker and visual journalist. His short documentary The Surrender, produced with Academy Award®-winning director Laura Poitras, was nominated for 2016 Emmy Award for Outstanding Short Documentary. Maing has received multiple grants and fellowships, including the 2016 John Jay/Harry Frank Guggenheim Reporting Fellowship. He is an adjunct faculty member at Massachusetts College of Art in Boston, where he teaches summer classes in documentary filmmaking.