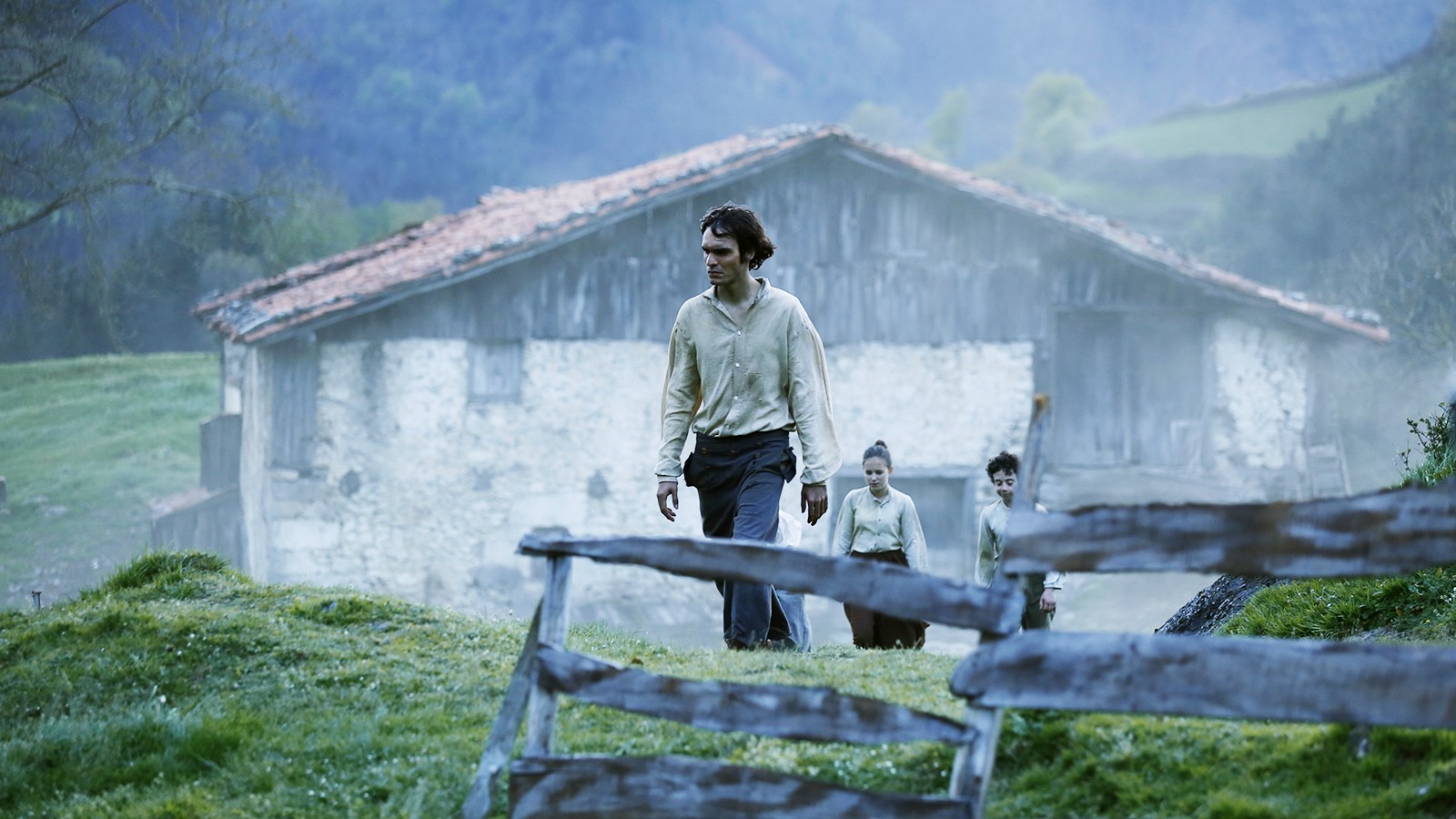 Basque Country, 1843. When a young, crippled and defeated man returns home from the war, he cannot believe what he sees—his dear brother has turned into an actual giant—rendering both useless on the family farm and leaving one avenue open to them: a career in the circus.

Living a bare-bones existence as tenant farmers in the small Basque village of Altzo, Antonio (Ramon Agirre, Amour) and his sons Martin (Joseba Usabiaga) and Joaquin (Eneko Sagardoy) live a simple life of modest ambitions and mounting debts. When the hand of fate plucks Martin to fight in the First Carlist War, the elder brother gets a welcome taste of the world outside his impoverished community, though the war's end sends him back to Altzo and face-to-face with a shocking new reality: afflicted with gigantism, his brother Joaquin has grown into an unnaturally enormous size. Soon local huckster Jose Antonio (Inigo Aranburu) convinces Martin to capitalize on his brother's condition, craft a mythology and hit the road, where the pair quickly become the toast of Spain and beyond. But while Martin realizes his dream of lifting his family out of poverty—and climbing his country's social ladder in the process—the once indestructible bond between brothers is tested, forcing Martin to consider the human being inside the body. This stirring, gorgeous film is based on an incredible true story, and is the winner of 10 Goya Awards including Best Cinematography and Best Screenplay.

Director Biography
Jon Garano was born in San Sebastian, Spain in 1975, and studied marketing and journalism prior to film in Sarobe and San Diego. He is the co-founder of Moriarti production company and has gone on to create a body of work that has graced the screens of over 100 international festivals. He explores his interest in the distortion of myths and reality in his latest feature, Giant, in collaboration with Aitor Arregi. Aitor Arregi, born in Onati, Spain, is a co-founder of the Moriarti production company along with filmmaking partner Jon Garano and is also a practiced script writer. His passions in filmmaking lie within finding the delicate balance of epic and intimate imagery and above all, treating the subject matter with sincerity.