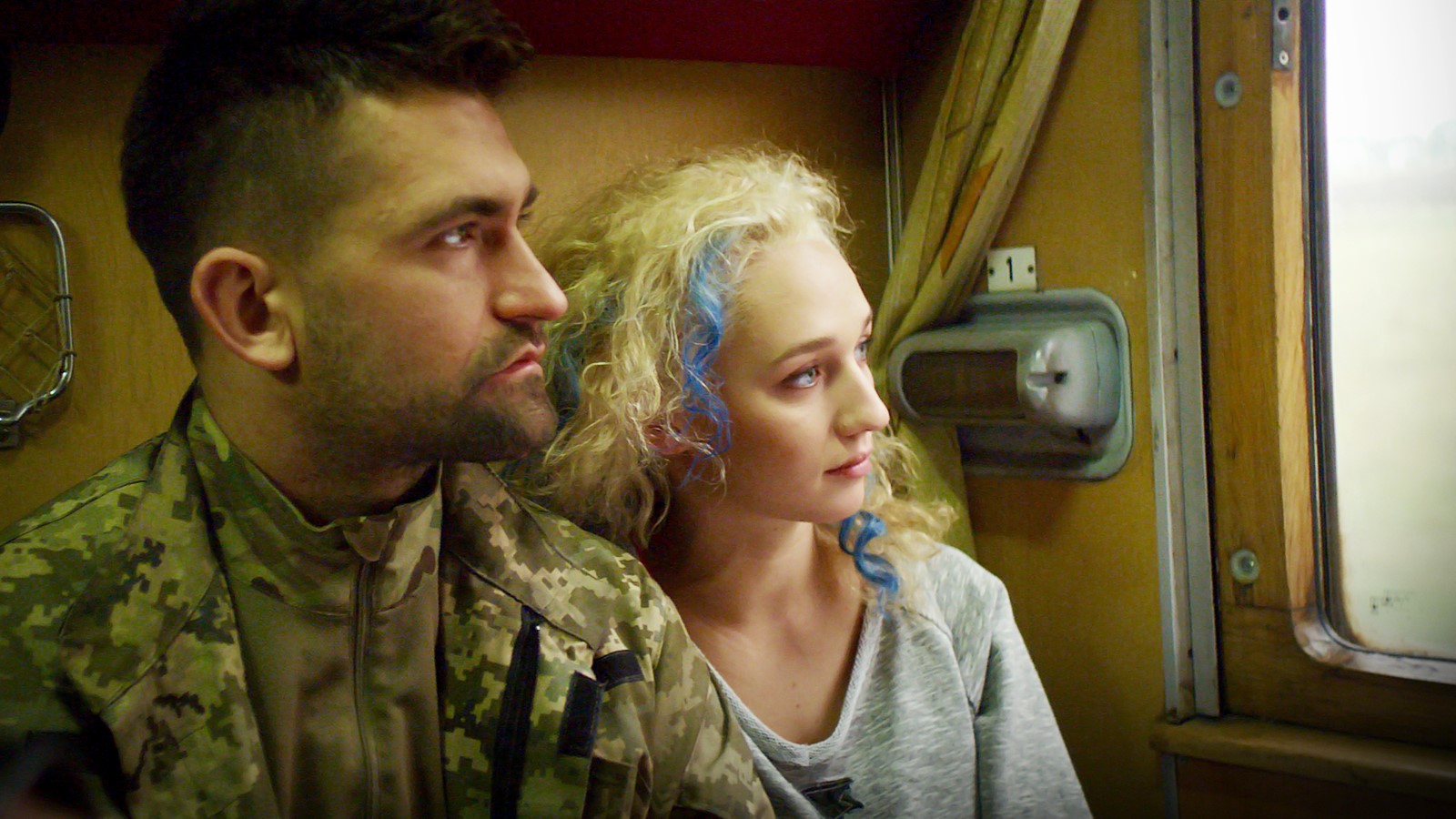 A modern love story set in post revolutionary Ukraine about an idealistic student activist finding connection with a battered soldier just home from the war—her love of photography and healing draw them closer, but dire secrets threaten to tear them apart.

Director Roxy Toporowych's feature film debut, Julia Blue, is a love story for a new generation and a new century. Inspired to study photography by the protest scenes she witnessed in Kiev during the 2014 revolution, Julia (Polina Snisarenko) has now set her sights on a future outside her beloved Ukraine. As she awaits news from the prestigious photography school in Germany, Julia volunteers at the military hospital for injured soldiers coming directly from the front. Julia brings a carefree happiness to their ward until the day she meets English (Dima Yaroshenko), who has arrived with easily mended surface wounds and deeply set emotional scarring. A gentle relationship emerges that draws the two of them closer together, but each has withheld something vital from the other. When Julia decides to bring English home for a family wedding, the cost of their secrets threatens more than their relationship. A beautiful allegory for the freedoms of our modern world that seem all too fleeting, Julia Blue reminds us not just of the costs of love and war, but of the sometimes painful choices freedom demands. Julia Blue is a SIFF New Works-in-Progress Forum 2017 narrative.

Director Biography
Ohio native, New York University Tisch School of the Art's graduate, and 2016 "Live the Dream" Grant recipient, Roxy Toporowych is a first time feature filmmaker with Julia Blue (2018). Her previous work includes directing the 2013 documentary Folk!, and working within the art department on Captain America: The Winter Soldier and The Punisher.