Little Tito and the Aliens 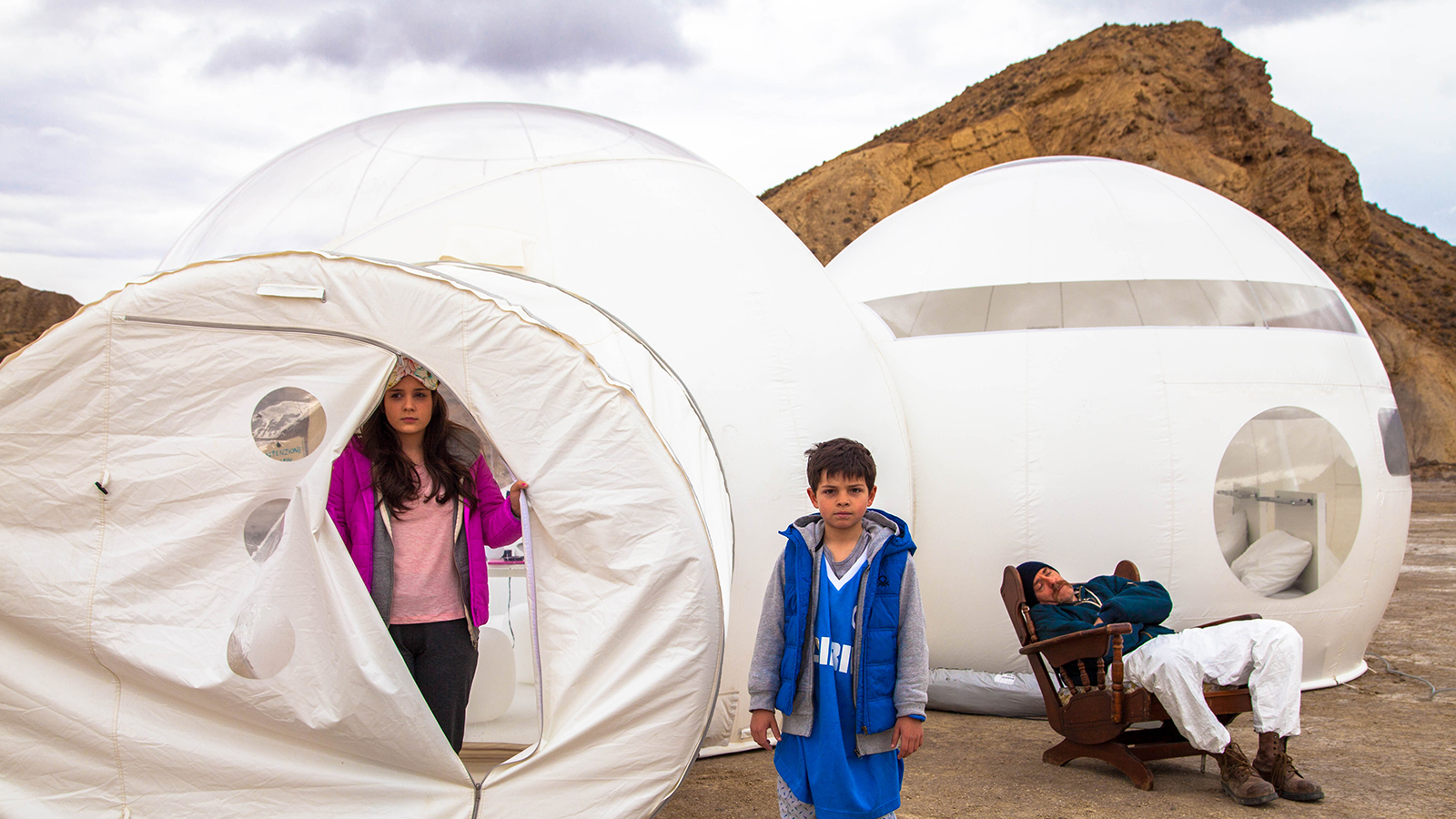 In this moving family drama, a widowed Italian scientist living isolated within a shipping container smack dab in the middle of nowhere Nevada is asked to care for his teenage niece and precocious young nephew, forcing his curmudgeonly heart to find new life.

Inside a shipping container cluttered with electronics in the middle of the desert, a widowed Italian scientist known only "the Professor" (Valerio Mastandrea, The Place) has been fiddling mysteriously with knobs, headphones, and antennae for years. Some say he's contacting alien lifeforms, which is understandable given that he lives near Nevada's infamous "Area 51." The only conduit he has to the outside world is Stella (Clemence Poesy, the Harry Potter series), a nearby French ex-pat who entertains sci-fi enthusiasts with alien-themed weddings. The Professor's extreme isolation is pierced when he receives a video from his brother in Naples, saying that he has died and is sending his two children, teenager Anita (Chiara Stella Riccio) and seven-year-old "Little Tito" (Luca Esposito), to live with the Professor. When the kids show up, expecting the glitz of Las Vegas and Lady Gaga, they are disappointed to find a crazy uncle in a lunar landscape. While Anita bonds with Stella and seeks escape, Tito is fascinated by his uncle's gadgets and discovers that the Professor is obsessed not with contacting aliens, but with something closer to home—the spirits of the dead. With Spain's otherworldly Tabernas Desert standing in for Nevada, director Paola Randi's Little Tito reveals poignant truths about humanity's need for contact right here on Earth.

Director Biography
While studying law, Paola Randi was also trained in drawing and engraving, yet since 2003, she has worked strictly in the art of filmmaking. Along with the seven films that bear her name, she is an avid activist for women's equality and fair compensation, working for twelve 12 at a non-profit that helped to employ women and provide necessary resources for their personal care.