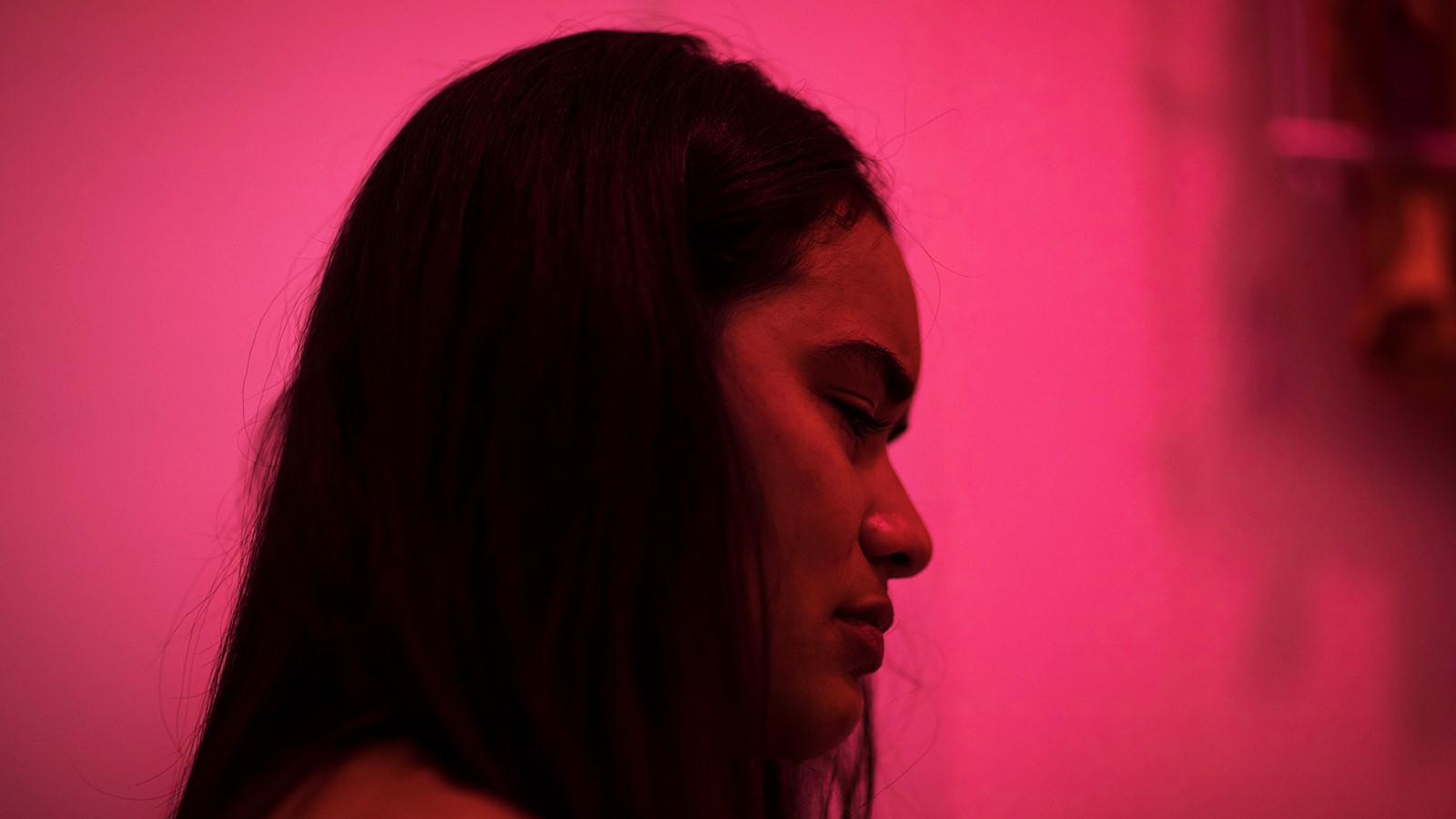 When a young Honduran woman falls for a handsome traveler and becomes intrigued by his wanderlust, she joins him on a fateful journey to the United States in this harrowing, compassionate thriller that puts a face to Central America's human trafficking industry.

"I paint the dead," Nona (Sulem Calderon) tells an unseen interrogator in segments that frame her story. "I make them beautiful." A young woman living in a shantytown in San Pedro Sula, Honduras, mortality surrounds her: she works as a morgue cosmetologist, her brothers and father are all dead, and she grew up thinking it was normal to see a murdered body in the street. "I am not afraid of death," she reasons. "I believe it saved me." Enter Hecho (Jesy McKinney), a handsome traveler who claims to be nursing a broken heart. Intrigued by his carefree wanderlust, she takes him up on his offer to leave Honduras behind and head toward the United States, where she can finally reunite with her mother. As the pair travels north by car, by bus, by boat, and by foot through Guatemala and Mexico, Nona's world seems to gloriously open up, one filled with opportunity and happiness just a few countries away. But the world is also an unforgiving place, and when Hecho's true intentions slowly become clear, her journey turns perilous. With Nona, American director Michael Polish (Twin Falls Idaho, Northfork) has created a harrowing, compassionate thriller that puts a face to Central America's human trafficking industry, drawing us in with a lush travelogue that carries deeply sinister undertones with each mile they travel.

Director Biography
A native of El Centro, California, Michael Polish has enjoyed a lengthy filmmaking career both in the realm of Hollywood and independent cinema. Beginning in 1999 with the critical hit Twin Falls Idaho, Polish went on to direct the period drama Northfork and the Warner Bros produced The Astronaut Farmer (starring Billy Bob Thornton). Polish and twin brother Mark have collaborated on seven films.