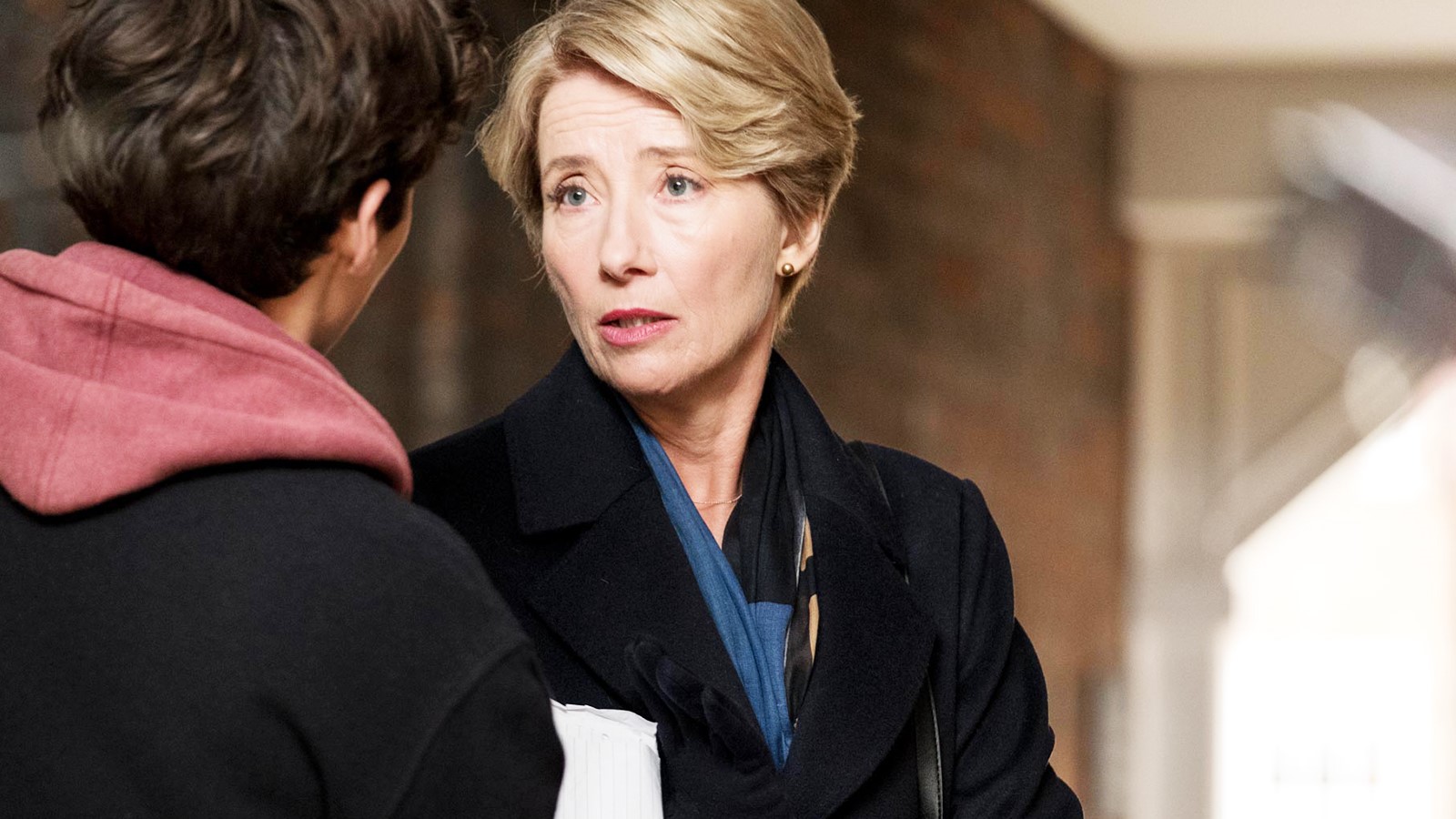 Adapted from the novel by Ian McEwan, Emma Thompson and Stanley Tucci star in this riveting, complex drama of a family-court judge facing a personal and professional crisis when she's asked to rule in the case of a teenager who is refusing a life-saving blood transfusion due to his family's religious beliefs.

"A typically marvelous performance from Emma Thompson elevates what might have otherwise played as melodrama in this sophisticated Ian McEwan adaptation." Peter Debruge - Variety

A tale of principle cruelly challenging morality, director Richard Eyre's The Children Act begs an essential question: Is a life with great passion worth crippling consequence? Family court judge Fiona Maye (Emma Thompson) toils with a marriage on the fringe, all the while managing the weight of a ruling handling the mortality of infant children. As her husband Jack (Stanley Tucci) confesses his desire for a sexual affair, she must also decide between letting two conjoined twins die or go forth with a surgical separation that lets only one of them live. With a tortured fate, another case presents an alternative reality: A 17-year-old Jehovah's Witness Adam (Fionn Whitehead, Dunkirk), who is diagnosed with leukemia, will die without a blood transfusion but denies the procedure on account of his religious beliefs. Though possessing a brilliant mind, Adam is still three months away from legal adulthood, which puts his fate in Fiona's hands. While her past verdicts serve as a reflection of her internal struggles, her professional life soon becomes even more precariously intertwined with her emotions. Based on Ian McEwan's 2014 novel of the same name, the story presents characters whose vulnerable and tireless psyches are constantly a factor. Their transparency mirrors the universal struggle of longing for more, and what is considered when opportunities for a perceived better life become available.

Director Biography
Raised by a father with great resentment and brutality toward his son, much of Richard Eyre's work he associates with being in opposition to his father's wishes. Though through this tribulation, his work has gained him critical acclaim and he is known as a director who allows great creative freedom for actors to discover a role in their own vision. He continues to work in the industry as a director of film, theater, television, and opera.