The Crime of Monsieur Lange 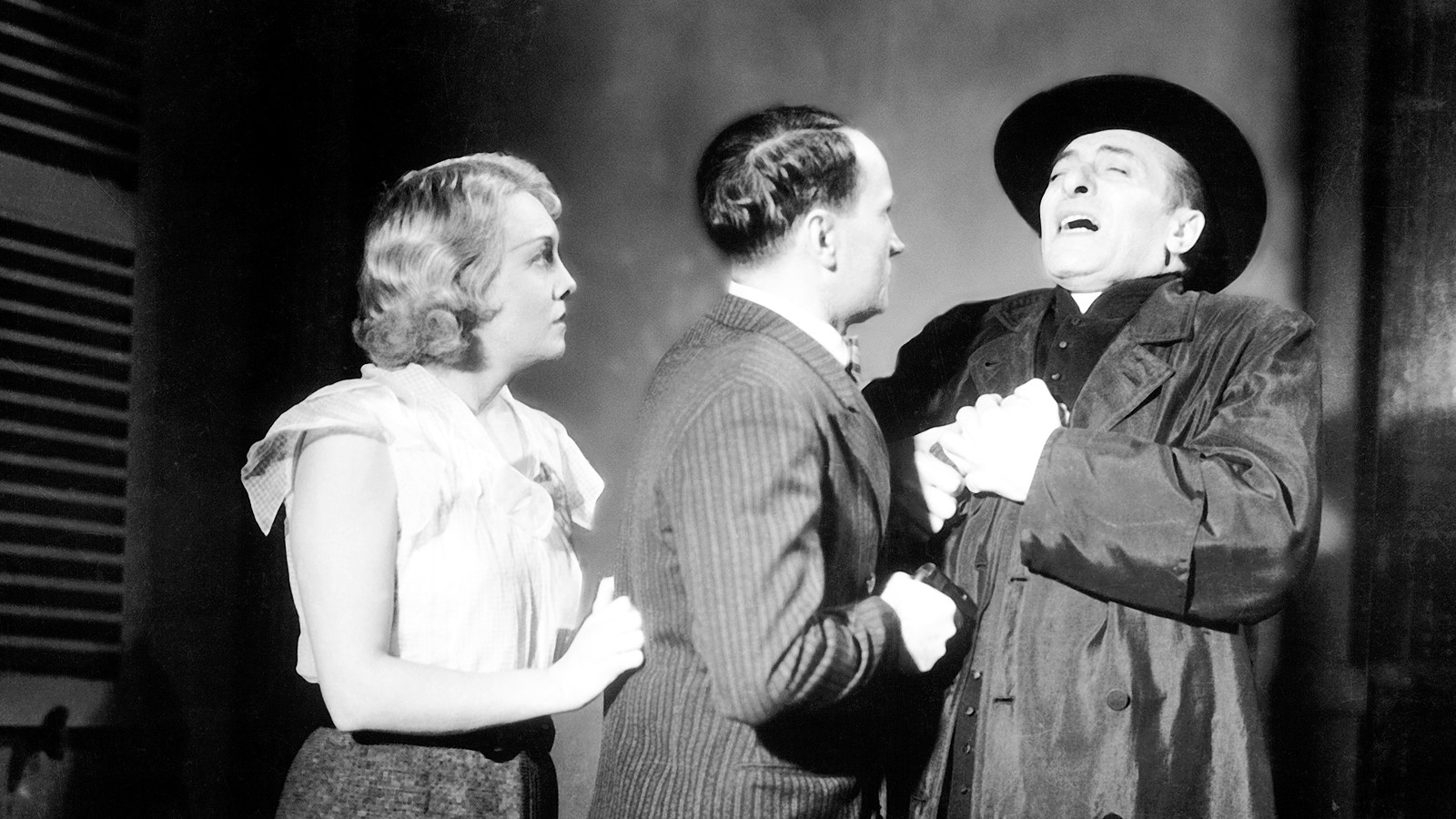 Newly restored, this long-unseen masterpiece from Jean Renoir (The Rules of The Game) is a witty socio-political farce of murder and corruption that follows a writer of pulpy Westerns who becomes an improbable hero in order to combat the misdeeds of a slimy, predatory publisher.

"The film rings with bitter power for the latter-day viewer who knows a little of this history, but regardless, the outright charm and optimism of this work should be enough to endear it to anyone." Zach Campbell - Slant Magazine

Amadee Lange (Rene Lefevre, the every-man hero of Rene Clair's 1931 musical comedy Le Million) is a naive daydreamer in love with pulp westerns, and the author of the corny but incredibly popular "Arizona Jim" serial stories. His unscrupulous publisher, Batala (a sublimely slimy Jules Berry), is making a fortune off of them, but keeps that his own little secret. He is also getting a fat fee to insert frequent mention of Ranimax pills into the stories as the hero's favorite supplement. When Batala flees with his ill-gotten gains and is presumed dead, leaving the publishing house bankrupt, the workers decide to join together in a commune to save their jobs and keep the business going. But can their good fortune last? Demonstrating Jean Renoir's trademark warmth and humanity, The Crime of Monsieur Lange is also one of his funniest films, full of charm and optimism, despite the title crime (murder). The only collaboration between Renoir and Jacques Prevert, the famed screenwriter of Le Jour Se Leve (1939) and Children of Paradise (1945), the film salutes the ideals of the leftist Popular Front, then at its height. Unjustly one of Renoir's lesser-known films, The Crime of Monsieur Lange (1936) was made just before his masterpieces Grand Illusion (1937), La Bete Humaine (1938), and The Rules of The Game (1939), and deserves to stand in their company. Shown in a beautiful new digital restoration.

Director Biography
The son of a famous impressionist painter, French director Jean Renoir (1894-1979) took almost complete creative control in painting his moving pictures. He developed a legendary repertoire over the decades, often dealing in socialist-inspired themes of class friction and disillusionment. His works La Grande Illusion (1937) and The Rules of The Game  (1939) are considered some of the greatest in film history. Winning scores of accolades over his career, Renoir received a lifetime Academy Award® in 1975 in light of his timeless contributions to filmmaking. Following his death in 1979, Orson Welles declared Renoir "The Greatest of all Directors" in the Los Angeles Times.