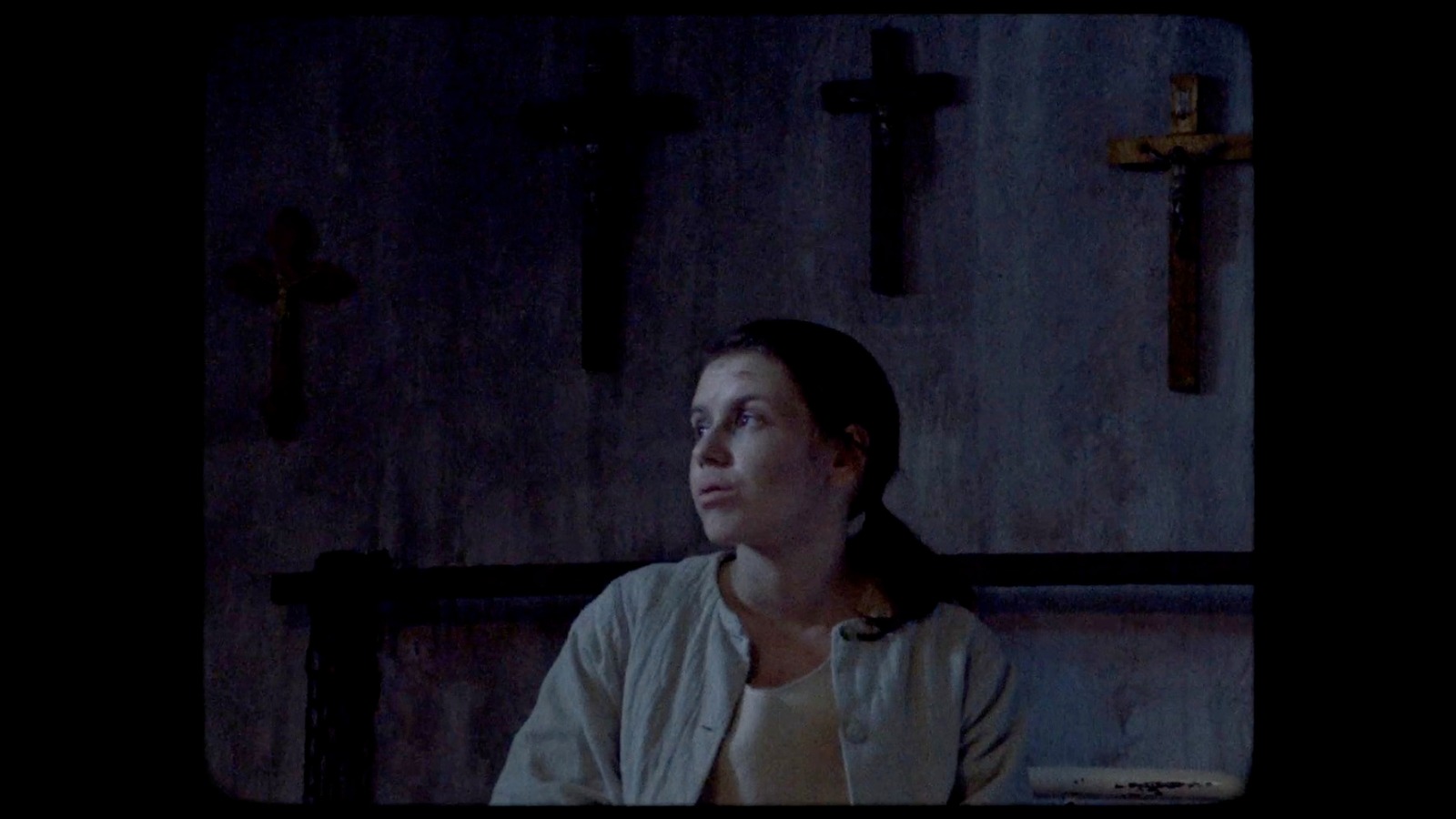 A barbarically retro tale of sadism and Satanism, The Devil's Doorway rewinds to Northern Ireland in 1960, where a pair of Vatican priests visiting a secluded convent use their 16mm film cameras to uncover a despicable asylum of tyrannical nuns, ritualistic abuse, and demonic possession.

In October of 1960, Father Thomas Riley and Father John Thornton are sent by the Vatican to investigate a statue of the Virgin Mary weeping blood in a rural Irish convent, a "Magdalene laundry" that serves as a religious asylum for prostitutes, the mentally disabled, and unmarried pregnant women. In hopes of capturing photographic evidence of this apparent miracle, Father Thornton films their inquiry with a portable 16mm camera. However, the resident Mother Superior denies knowledge of any supernatural phenomenon. In addition, her impious views toward her wards, and the nuns cruel treatment of them, shock both priests. When the priests finally gather indisputable evidence of a potential miracle, it leads to an exhaustive search of the convent's grounds, where they discover Kathleen O'Brien, a 16-year-old pregnant girl exhibiting signs of demonic possession, leading the priests to question whether the omens witnessed have been the work of God or Satan. The first horror film directed by a woman to be produced in Northern Ireland, The Devil's Doorway is best described as a melange of The Exorcist, The Magdalene Sisters, and The Blair Witch Project, a fantastic found-footage gothic chiller where evil, both divine and mundane, profanes the sacred.

Director Biography
Aislinn Clarke is the very first female in Northern Ireland to write and direct a feature film that successfully completed all of the stages of production. When she was first starting in the industry, she turned down a job with a prominent broadcaster to prioritize writing, and one of the skills she has grown to value most in her work is being able to portray the full range of the female experience.