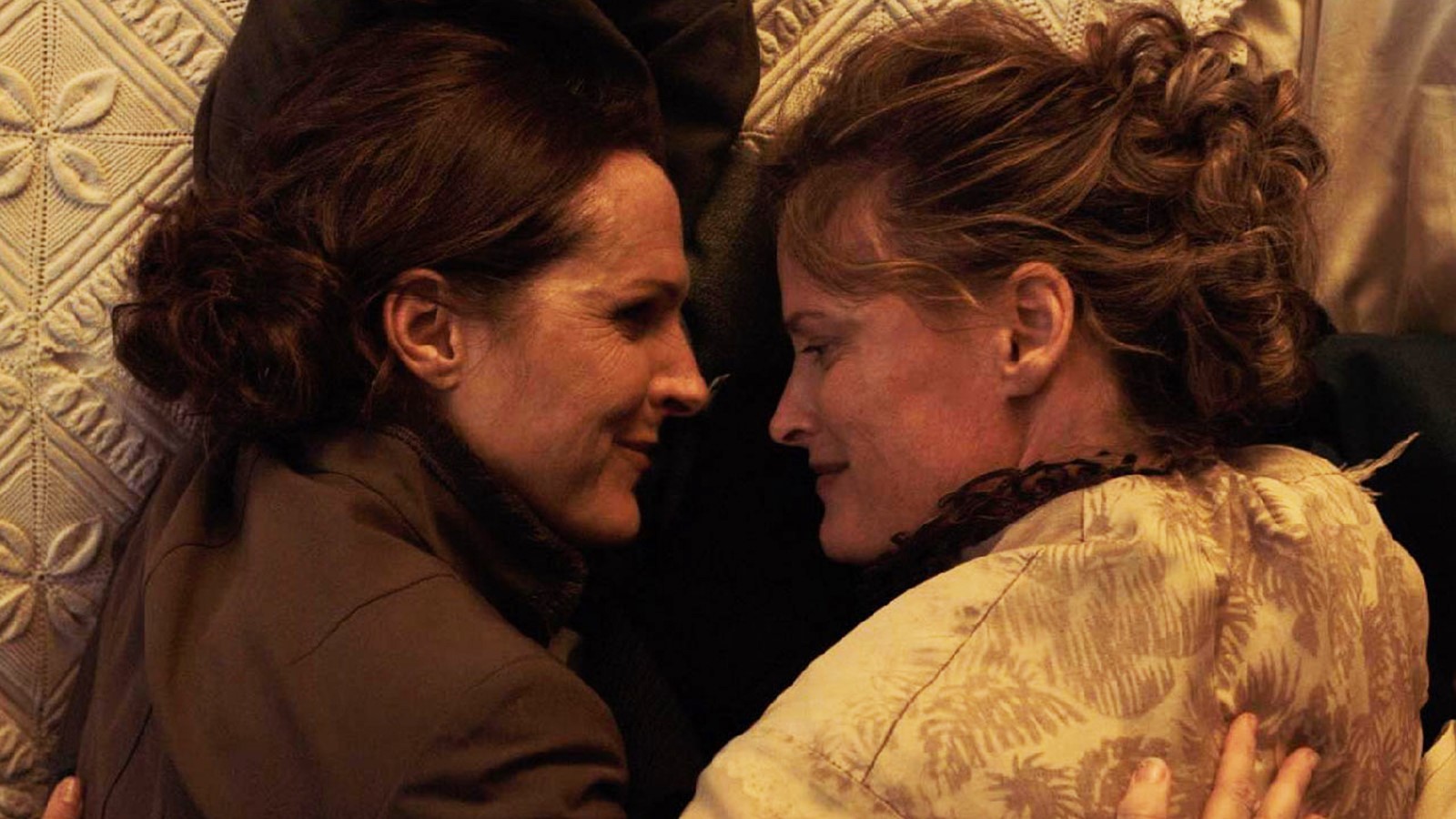 "Molly Shannon is Emily Dickinson in the best lesbian comedy in years." Indiewire

Wild Nights — Wild Nights! / Were I with thee / Wild Nights should be / Our luxury! If you read this poem by Emily Dickinson according to the conventional view of her—celibate, prim, reclusive—rather than as an overt expression of physical passion drawn from first-hand experience, you'll change your mind after seeing Madeleine Olnek's puckish yet poignant biopic, which convincingly posits Dickinson's sister-in-law Susan (Susan Ziegler) as waaay more than a friend and muse. The eyebrow-arched spin Molly Shannon's Dickinson puts on "I taste a liquor never brewed" leaves no doubt, but the film also movingly dramatizes the disappointments of her attempts to get published; 11 of her 1,775 poems saw print during her life, and even those had her idiosyncratic capitalization and punctuation smoothed over. The men in her life prove useless: the magazine editor and would-be mentor Thomas Higginson (Brett Gelman), a well-meaning mansplainer, and her clueless brother/Susan's husband Austin (Seattle's own Kevin Seal). With a dash of "Drunk History" and a whiff of Wes Anderson, Olnek takes a sideways, stylized, but largely reverent and beautifully photographed view of the poet—including the old joke that so many of Dickinson's poems can be sung to the tune "The Yellow Rose of Texas."

Director Biography
Madeleine Olnek is a New York-based playwright and filmmaker. She graduated from NYU with a BFA in Drama and holds an MFA in playwriting from Brown University. Her debut feature Codependent Lesbian Space Alien Seeks Same premiered at Sundance in 2011 and was nominated for a Gotham Award. Olnek was awarded a Guggenheim Fellowship to make her latest film Wild Nights With Emily.