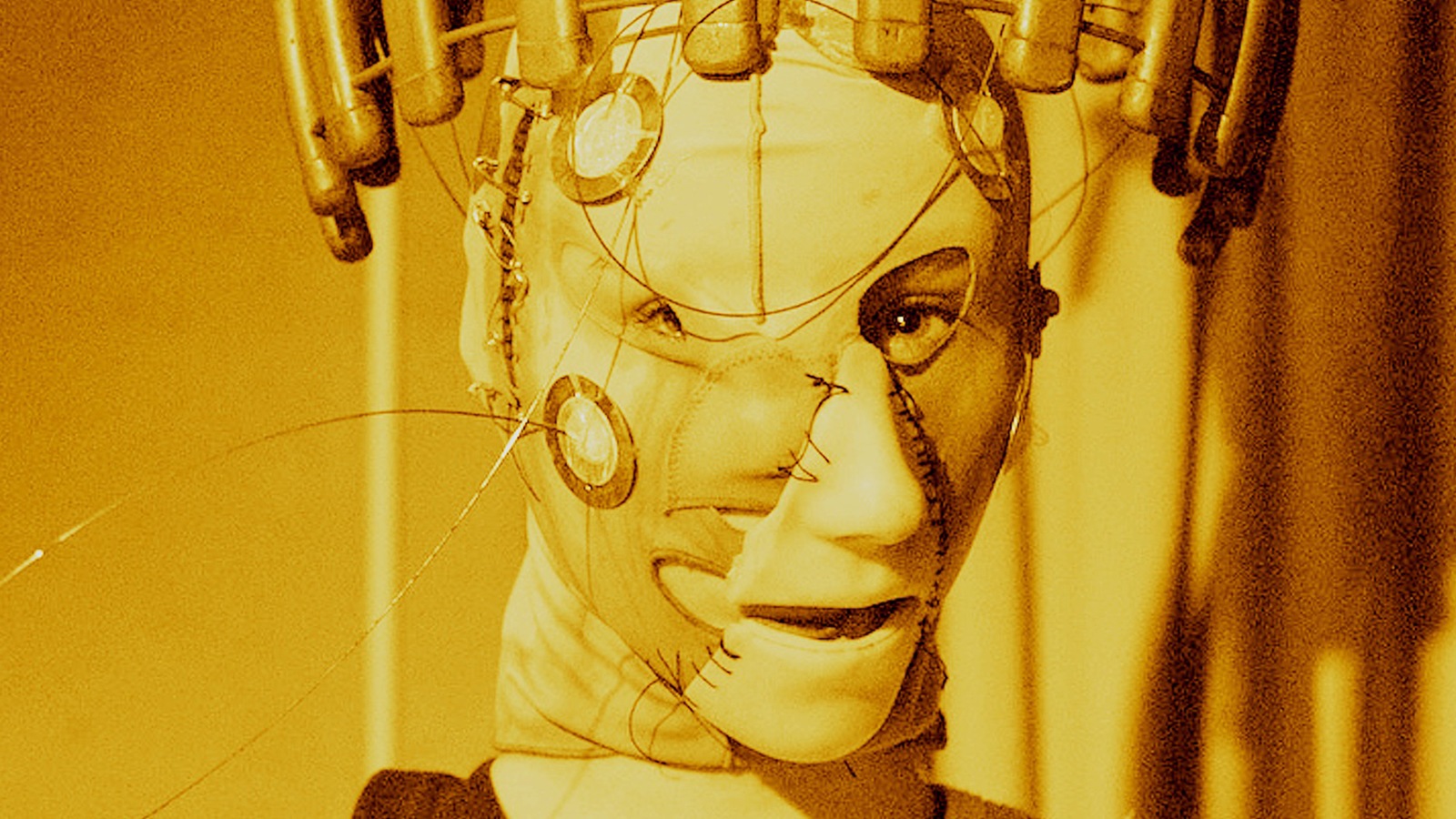 David Lynch meets Guy Maddin in this punk-rock adaptation of Charlie Chaplin’s The Kid with a touch of Brothers Quay and Freaks and Titicut Follies thrown in for good measure. As people in monster masks rise up against security forces in gas masks, a man in a monkey mask saves a kid in a burlap bag mask and leads him to safety through a sewer filled with masked hobos. Or maybe they’re not masks but mutations. It’s impossible to tell. Either way, this post-apocalyptic silent film moves Chaplin’s humor and sentimentality into a world of creepy doctors, circus freaks, and grotesque meals. We’ve shown found-footage documentaries by director Norbert Pfaffenbichler before, including the James Mason portrait Invest in Failure (SIFF 2019) and the Boris Karloff doc A Masque of Madness (SIFF 2014), and now we’re showing this, his first ersatz narrative. Yes, it’s a terrible title, but the credits say “The Kid” is episode one and the next one will be called Orgy of the Damned. That’s certainly something to look forward to.