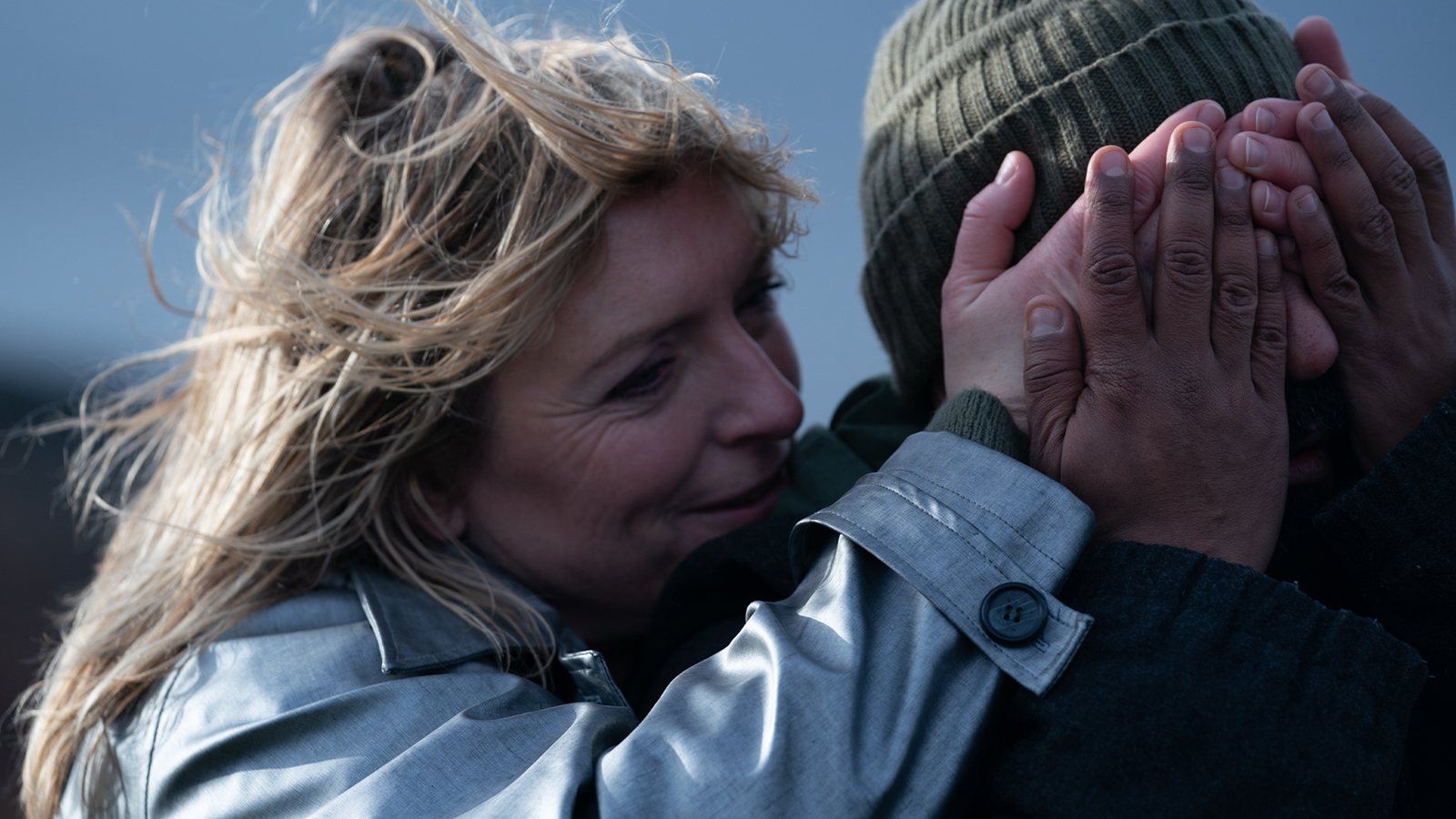 Cinematic romances rarely have the easy charm and naturalism found in writer/director Clio Bernard’s fourth feature film. Ali is a middle-aged Anglo-Bengali Muslim who works as a property manager yet aspires to be a musician/DJ. But his jovial veneer masks the heartbreak from a failing marriage, a secret he keeps even from his tightknit family. Ava, recently widowed from an abusive husband, works as a classroom assistant at the local school; her joy and lifeblood is her family, which includes two grown children and five grandchildren. When Ali gives Ava a lift home one rainy afternoon, they have instant chemistry expressed by a shared love of music: bonding over the Buzzcocks, quibbling over whether you can dance to country music. However, their budding relationship soon turns precarious: Ava’s son Callum, who has inherited his father’s closed-minded temper, reacts violently when he discovers Ali in Ava’s presence, while Ali, still technically married, risks alienating his own family when the couple is spied upon by his sister. Described by the director as a diegetic musical, Ali & Ava is a melodic drama, jubilant yet sober, generous to all its characters even as it recognizes the stresses and struggles they face.