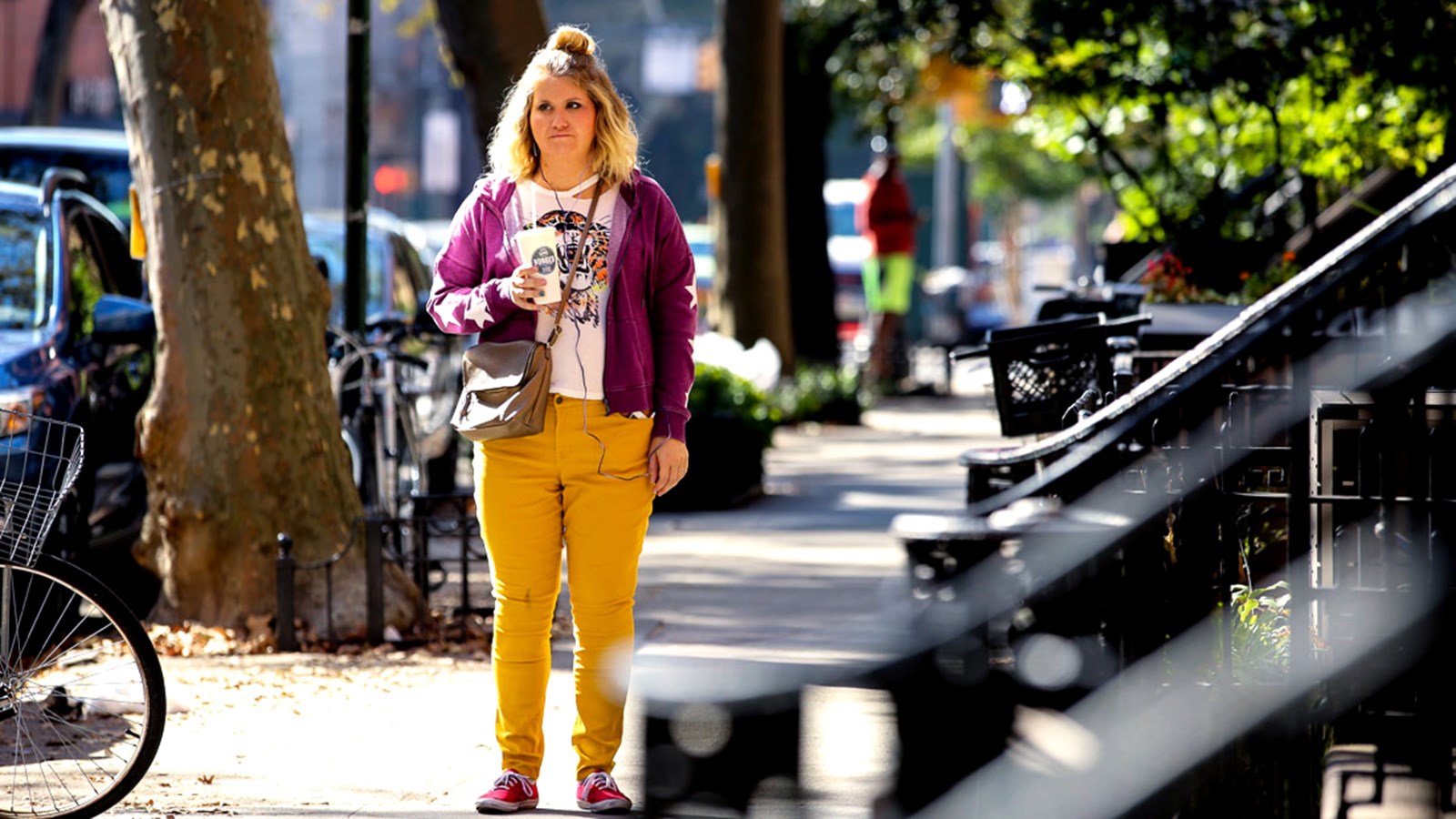 A game ensemble cast shines in this Sundance-winning romantic comedy, starring Jillian Bell as a New York slacker who reluctantly takes up running, hoping to put her life back on track one block at a time.

Tired of seeing weight-loss ads featuring already perfect models looking dewy and fabulous? Then you'll want to meet Brittany (Jillian Bell, Sword of Trust), a hard-partying New Yorker who discovers in her late 20s that, after a decade of enjoying the late-night theater scene with her roommate Gretchen (Alice Lee, "Switched at Birth"), she really needs to get in shape—and lose 55 pounds, her doctor warns. Too broke for a trainer or a gym membership, Brittany decides on the do-it-yourself route by taking up running, only to discover that even jogging one city block is a challenge. Eventually, she gets the encouragement she needs from runners in her neighborhood, including Seth (Micah Stock, Tony nominee for "It's Only a Play"), who shares her natural aversion to exercise. After some time and mutual confidence-building, the group, in a fit of euphoria, decides to take on the New York City Marathon. This, Brittany soon learns, is where the real work begins, as she reassesses who her real friends are and who has been holding her back. First-time director Paul Downs Colaizzo, known mostly as a playwright ("Really Really"), avoids the pitfalls of sports cliches by creating realistic, engaging characters Brittany meets on her comic journey of self-discovery. This crowd-pleaser will have you laughing and cheering all the way to the finish line.

Director Biography
Paul Downs Colaizzo was born in 1985 in Pittsburgh and raised in Alpharetta, Georgia. He is a playwright and screenwriter who received his Bachelor of Fine Arts from New York University. His first play, "Really Really," was a Helen Hayes Award recipient, and played a sold-out, twice-extended run Off-Broadway at the Lucille Lortel Theater in 2013.