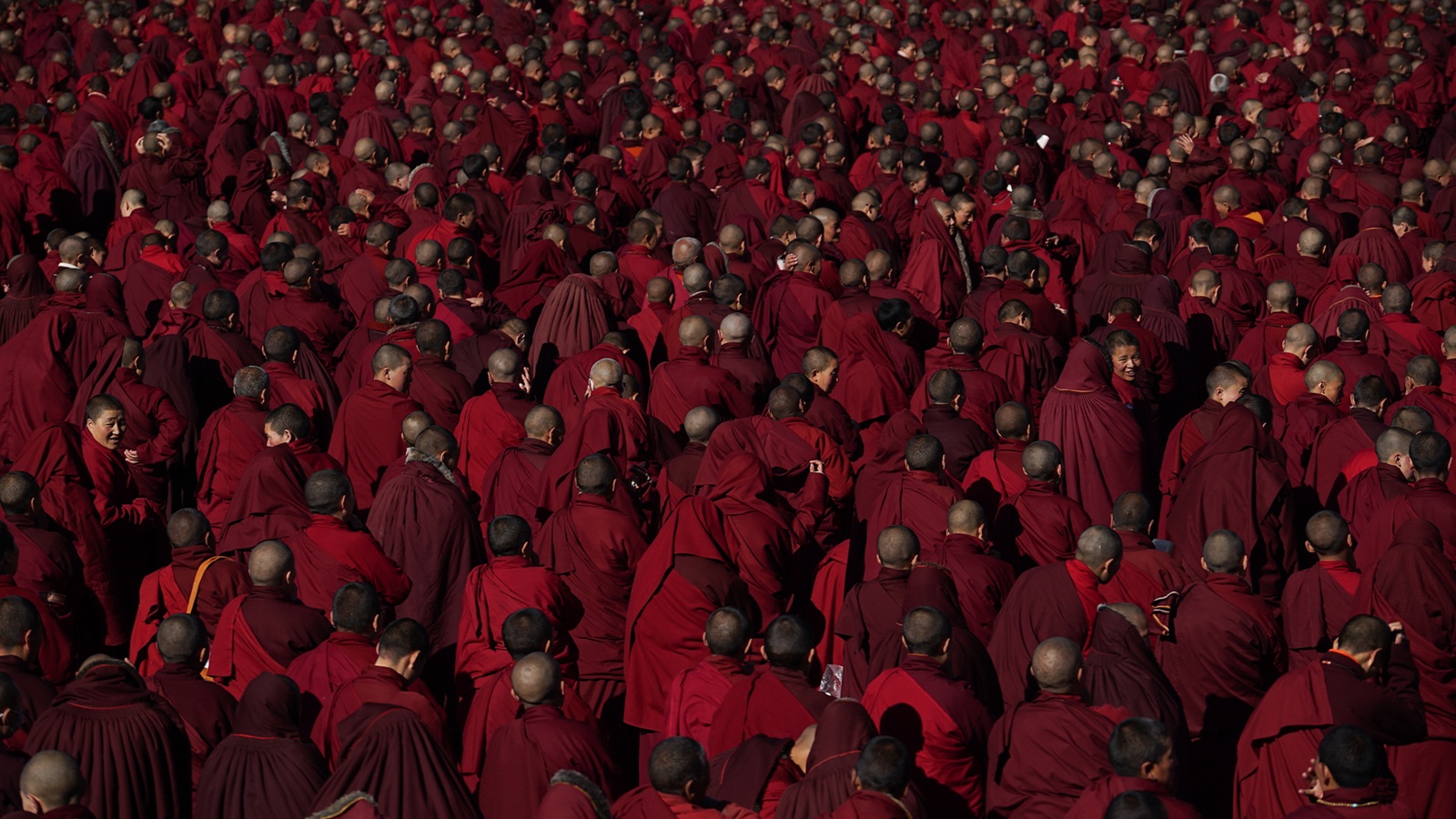 The mysterious daily life of women devoted to their faith is stunningly framed in this verité documentary, following thousands of Tibetan nuns running through their rituals and practices on a meditation retreat on the coldest hundred days of the year.

The mysterious daily life of women devoted to their faith is stunningly framed in this majestic verité documentary, shot over six years. On the hundred coldest days of the year, thousands of Buddhist nuns go on a meditation retreat at the Yarchen Gar Monastery on a snowy plateau in Tibet, living in tiny, temporary wooden houses, running through their rituals and practices, and learning from their lamas. Surrounded by harsh nature, secluded from the outside world, and far away from their families, these women offer us a glimpse into their religious exploration of life’s biggest questions. “There is no suffering in the world,” one nun intones. “People only suffer because of their obsessions.” The film doesn’t follow any one person or plot, choosing instead to dip in and out of moments and alternating between broad vistas and intimate, close-up profiles, ranging from their youthful studies to the ceremonial offering of their bodies at burial in the hope of celestial return—all in a contemplative manner befitting the subject matter. With breathtaking cinematography, where every second could be framed in an art gallery, Dark Red Forest is a transcendent work of perseverance and matter-of-fact spiritual inquiry.