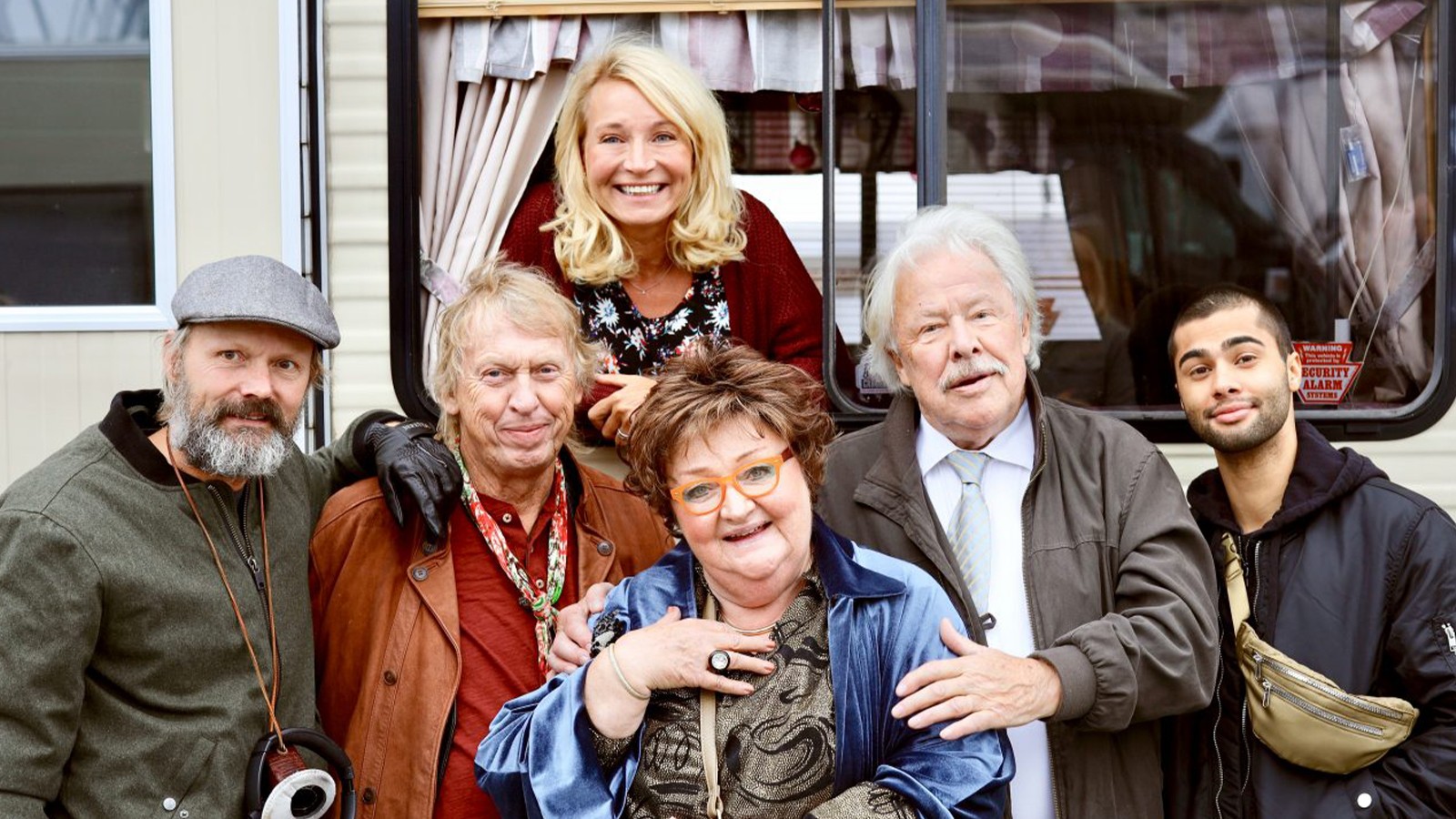 Drama, comedy, and romance combine as five characters from a retirement home road-trip in an RV from Sweden to Switzerland to fulfill a dying resident’s last wish. The final film of beloved Swedish actor Sven Wollter.

Malte (Sven Wollter) doesn’t have long to live. He wants to go out on his own terms, so he has booked a spot at a Swiss facility for assisted suicide and is planning on sneaking out quietly. On the eve of her much-needed vacation, his nurse Katrin discovers her husband and the next-door neighbor are having an affair, so she offers to drive him. When Malte’s friend Rut and best buddy Tage, whose memory is failing, overhear the plans, they invite themselves along, hiring a young orderly to help them all. These five unlikely characters set off on a sweetly comedic RV journey from Sweden to Switzerland to fulfill Malte’s last wish, hitting all the restaurants and discotheques along the way. As they near the end, cross-generational friendships blossom, an autumn romance awakens, and life-changing decisions are made. From Felix Herngren, writer/director of The 100 Year-Old Man Who Climbed Out the Window and Disappeared (SIFF 2014), Day By Day is a life-affirming dramedy that shows us it is never too late to change one’s life.