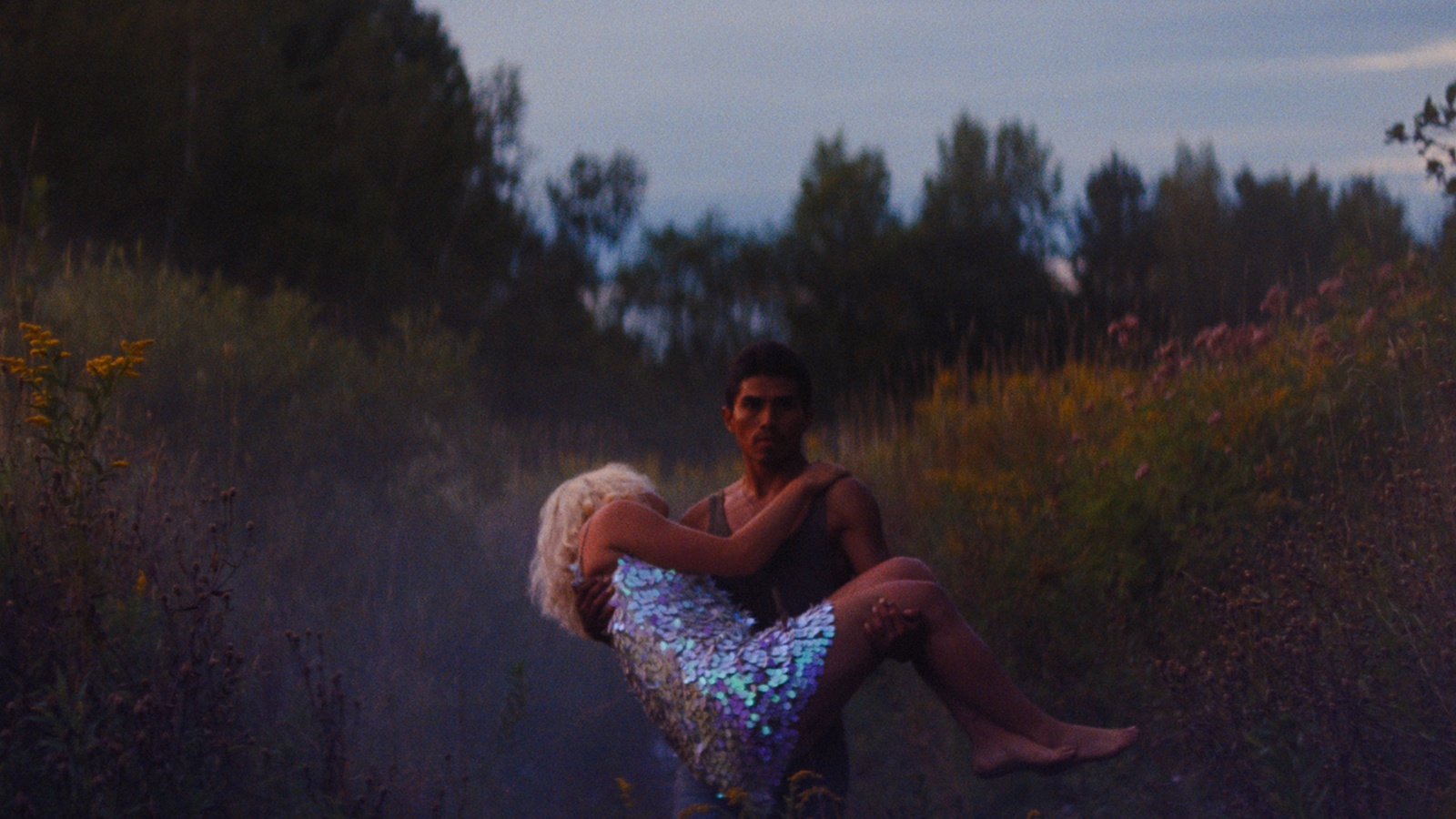 The visual storytelling on display in Ivan Grbovic’s Drunken Birds is nothing short of magic. Rich, painterly, and enigmatic vignettes will live on in your mind long after the film is over. A white tiger prowls the grounds of an abandoned estate; a car engulfed in flames rolls down a desert highway; murmurations of starlings pulse through the sky. The story follows a cartel member named Willy (Jorge Antonio Guerrero) who is forced to flee Mexico after a love affair with the boss’ girlfriend. Cut to four years later: He is working as a seasonal laborer on a farm in rural Québec. He has hopes of tracking down his lost love in nearby Montreal, but instead finds himself intertwined in the domestic life of the family who runs the farm. After a moment of tenderness with the lonely matriarch Julie (the masterful Hélène Florent),and an act of kindness toward her rebellious teenage daughter Lea (Marine Johnson), he finds himself at the center of a witch hunt. The story is as free-form as it is impressionistic, floating among timelines, realities, and daydreams to a sultry and drama-infused score. All the while it mines complex issues of labor, longing, class, and race. Drunken Birds is a memorable and universal piece of storytelling that is sure to resonate with anyone who has ever chased a dream.