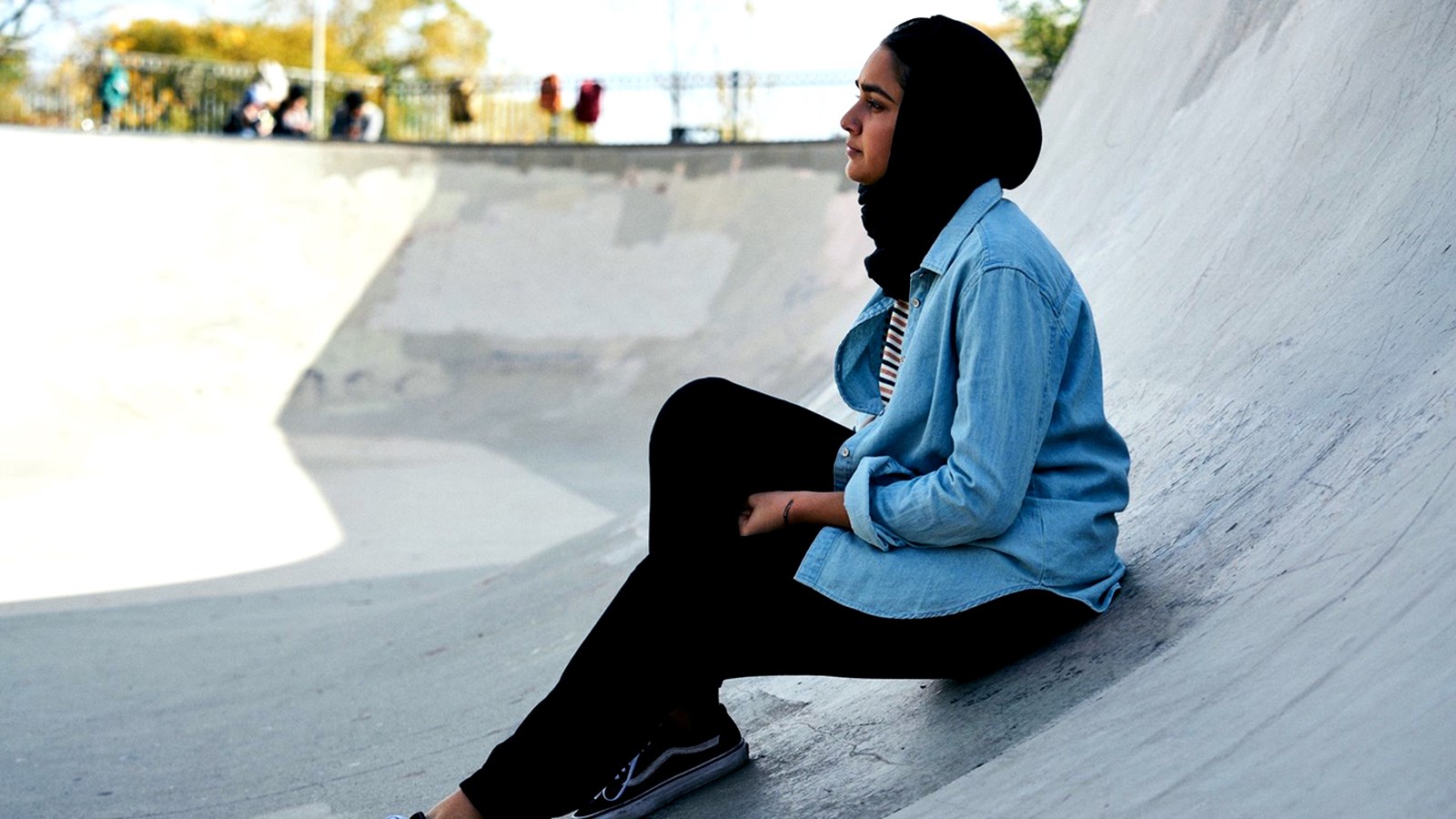 In this semi-autobiographical coming-of-age drama, a Muslim-American teenager (Geraldine Viswanathan, Blockers) navigates her burgeoning sexual desires in relation to her faith and her Pakistani family.

"Shines through the subtle, achingly beautiful ways in which Hala and her mom start to give each other strength."—IndieWire

Hala, a Muslim-American teenager sensitively played by Geraldine Viswanathan (Blockers), works hard and excels at school: the perfect daughter. She loves making her family proud, but deep down she's itching to express herself and explore her sexuality. At school, she's developed a crush on Jesse, a classmate charmingly performed by Jack Kilmer (Palo Alto, The Nice Guys), who shares her passion for poetry and skateboarding, and clearly reciprocates her feelings. But with her father already planning to coordinate an arranged marriage, Hala knows that, as a first-generation daughter of Pakistani immigrant parents, higher expectations are placed upon her to comply with traditions. Hala decides to keep her relationship with Jesse a secret, and in doing so discovers cracks in her parents' foundation and begins to lash out and reject their hypocritical commands. Based on the short film of the same name, writer/director Minhal Baig inserts heart in this Chicago-set semi-autobiographical coming-of-age tale about a woman torn between worlds, exploring how to remain faithful to beliefs and family while experiencing young life like any other American teenager.

Director Biography
Born to Pakistani immigrants in Chicago, Minhal Baig is an American writer and director. Baig studied Fine Arts at Yale University and has written and directed several shorts, including Pretext (2017), After Sophie (2017), and Hala (2016), and music videos, which have been featured by major publications. Currently, she is a story editor on "Bojack Horseman," the animated dramedy on Netflix. Hala is her debut feature film.