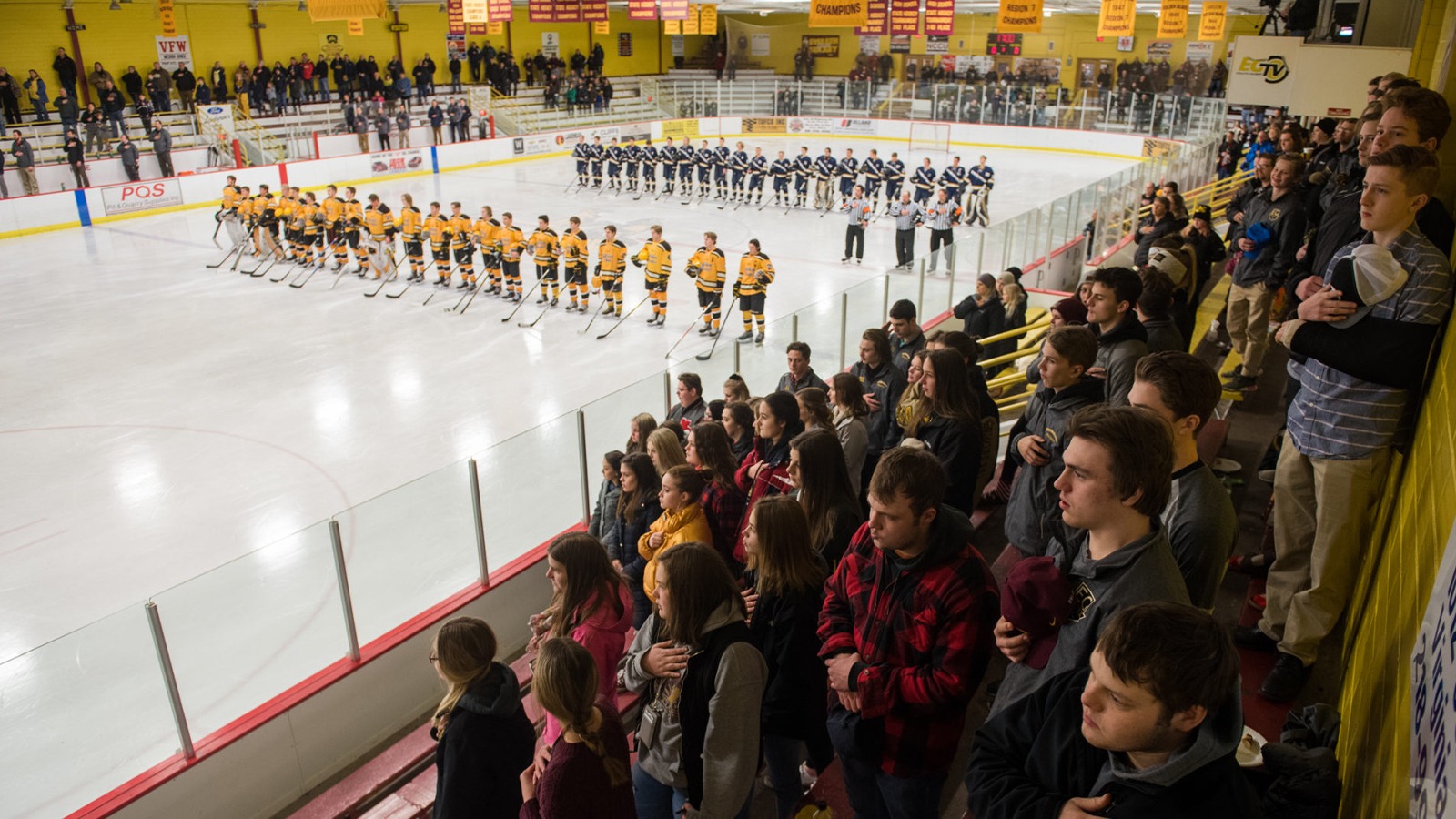 A coming-of-age doc about a high-school rink rivalry in Minnesota’s unforgiving North Country, where hockey is life, between an up-and-coming powerhouse team and one with a long history of producing professional-league legends.

Despite its small size, Eveleth, an iron-mining town in north Minnesota, may be the most ice hockey-obsessed community in the country. It’s home to both the United States Hockey Hall of Fame and Eveleth-Gilbert High School, winners of five of the first seven Minnesota State Hockey Championships. But as the local ore disappeared, so has the town’s population, and the once mighty Golden Bears have not won a playoff game in 18 years. In Hockeyland, documentarian Tommy Haines, a native of the region, chronicles Eveleth-Gilbert’s 2019-20 season, an experienced senior-laden team hungry to revive the school’s past glories before it is merged out of existence with a nearby district. The Golden Bears’ fortunes are contrasted against those of the Hermantown Hawks, a regional rival that has grown into a powerhouse program, recently winning back-to-back state championships. Imagine “Friday Night Lights” on ice and you’ll get an idea of the fervor, passions, and loyalties that these student athletes bring to the game. Whether facing futures promising or uncertain, the young men here struggle with chronic injuries, family illnesses, and teen angst in their quest for a last chance to etch their names into hockey lore.