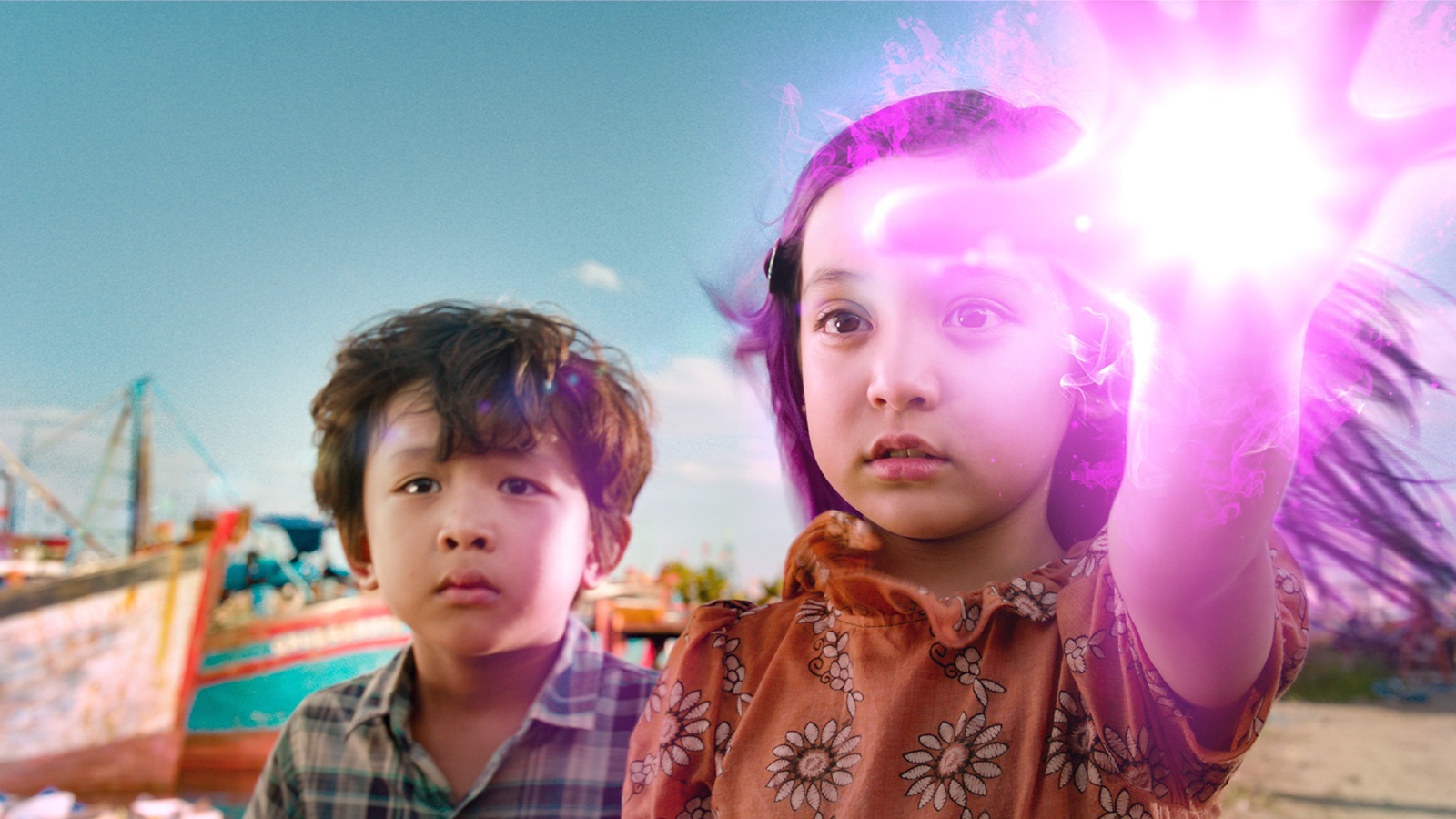 The first-ever Vietnamese sci-fi family film, this charming mix of E.T. The Extra-Terrestrial and The Goonies follows an eight-year-old boy and the magical alien friend he meets as he helps her find her lost companion.

Eight-year-old Hùng is waiting for a miracle. He is grieving the loss of his mother, navigating life with his financially strapped single father, and trying to save his apartment building from being sold by a greedy landlord. One night his miracle arrives in the form of a meteor that falls to earth, carrying with it a sassy alien girl named Maika. With her magenta hair and danger-sensing wings, she uses her powers against neighborhood bullies and the goofball gangsters tasked with strong-arming the tenants out of Hùng’s building. As Maika’s powers begin to wane, Hùng must help her find her lost friend and escape back to her planet before a mysterious enemy can get her first. Maika is inspired by the 1978 children’s TV show from Czechoslovakia of the same name. The first-ever Vietnamese sci-fi family film, Maika is a charming mix of E.T. The Extra-Terrestrial and The Goonies (with a splash of Home Alone) that will captivate children of all ages. Fans of slapstick humor, superhero action, and fantastic performances from young actors will love this delightfully wacky foray into fantasy.