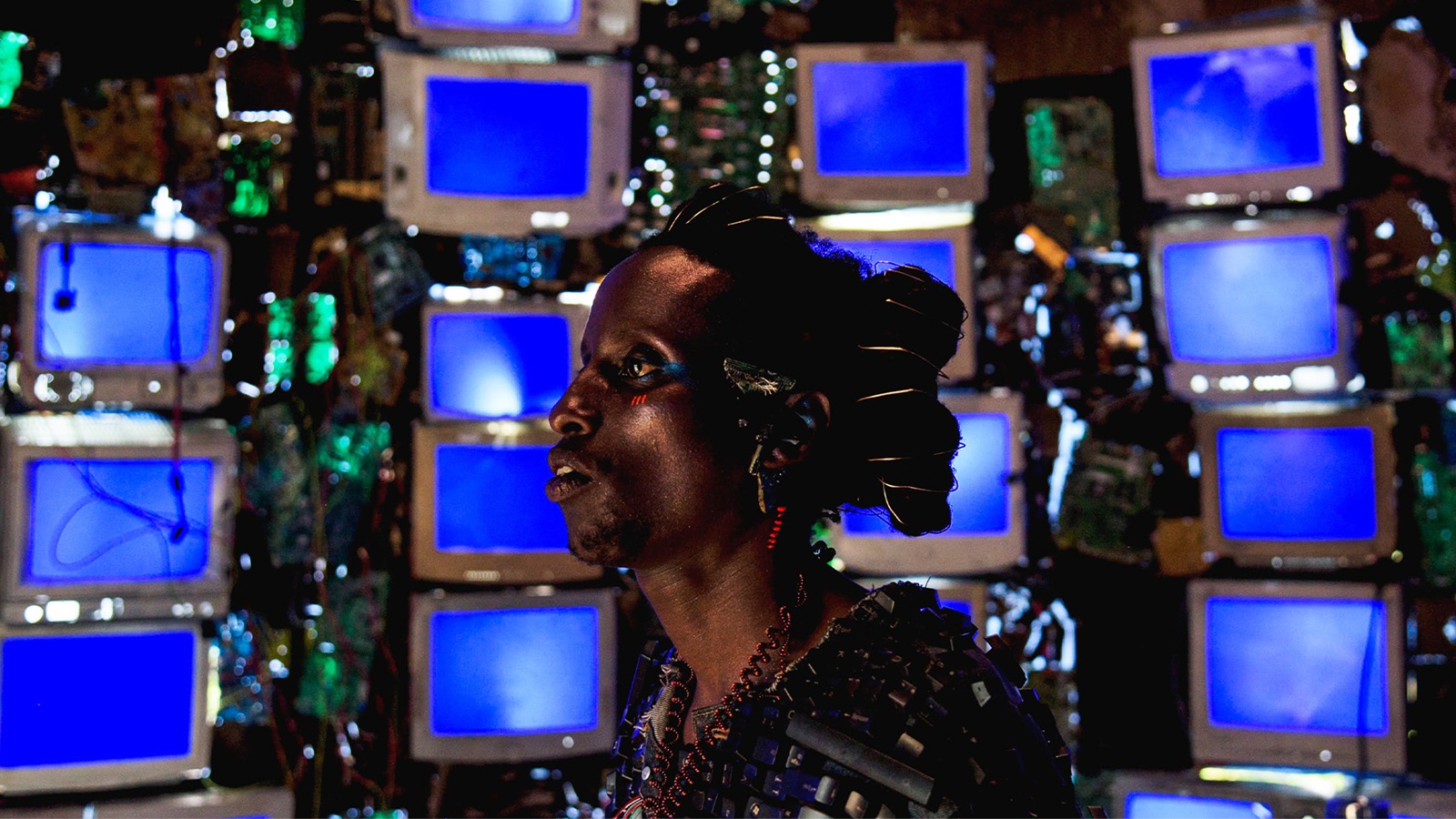 An Afrofuturist sci-fi punk musical set in Rwanda from slam poet/actor/composer Saul Williams and co-director Anisia Uzeyman about an intersex runaway hacker and a coltan miner, whose progeny begins a revolution.

An anti-capitalist Afrofuturist musical from internationally recognized multidisciplinary artists Saul Williams and Anisia Uzeyman may be the most original and exhilarating film at SIFF 2022. When a fellow worker is killed in a coltan mine, Matalusa and his cohort are drawn into another world made up of technological detritus and into the sphere of Neptune, an intersex runaway, and her collective of subversive hackers. The energetic synergy between Matalusa and Neptune disrupts the divine circuitry and threatens the authoritarian overlords mining their resources. Hypnotizing in its neon visuals, its fusion of eclectic tribal and modern styles, and an original song score by co-director Williams, Neptune Frost poetically unfurls stories of pain, love, and adversity on an exquisite cinematic canvas. The film challenges audiences by deliberately sidestepping narrative expectations, but opens a space in the mind to consider its myriad of themes and the potential of cinema itself. Don’t miss the opportunity to experience it in a theater.