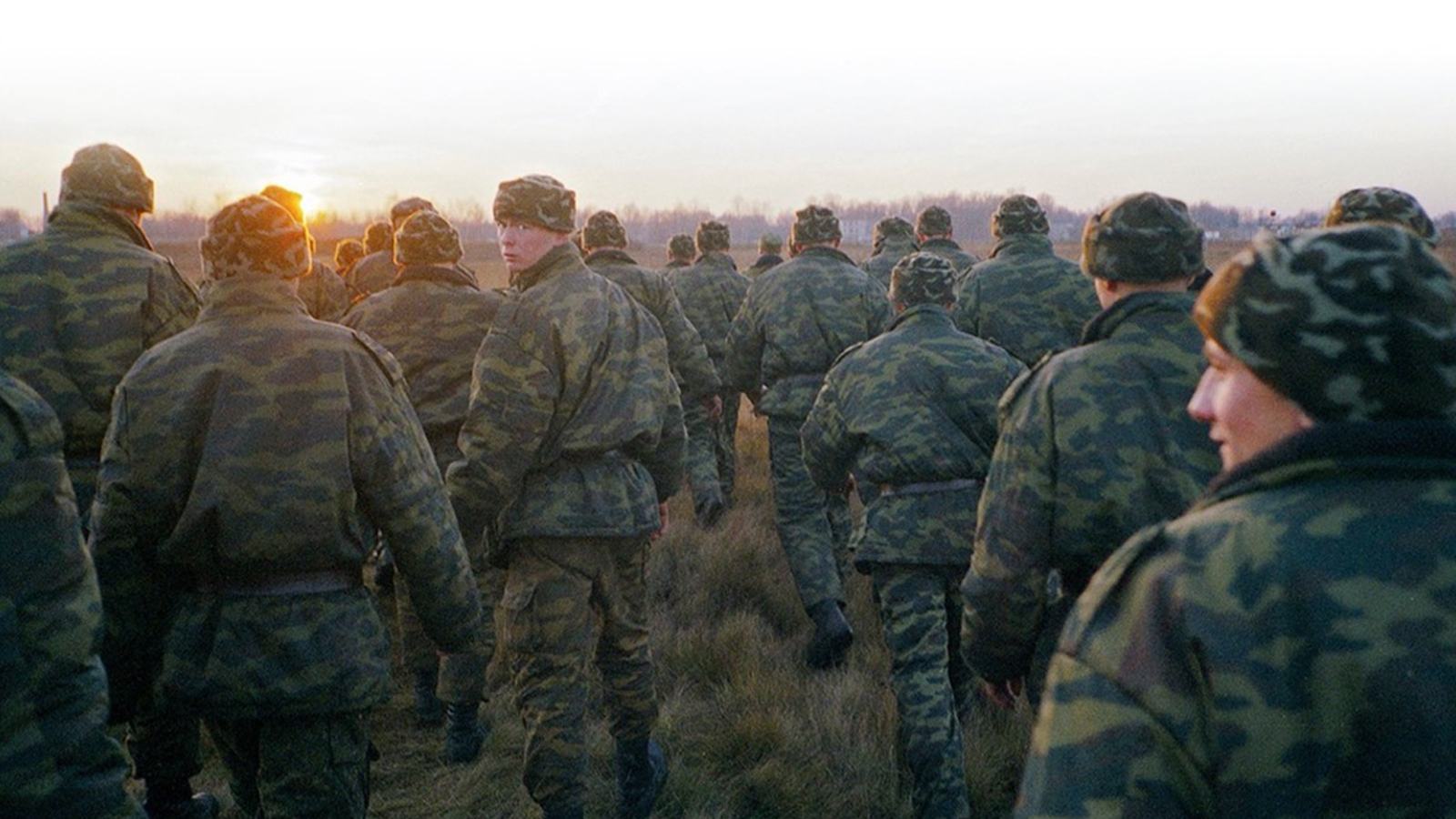 The past is prologue in Hanna Badziaka and Alexander Mihalkovich’s feature documentary film, Motherland. Exposing violent bullying and abuse in the Belarus army, the Ukrainian/Belarusian filmmakers also unexpectedly chronicle the systematic destruction of free-will societies and democratic ideals.

The (recent) past is prologue in Hanna Badziaka and Alexander Mihalkovich’s feature documentary film, Motherland. Originally, the film proposed that violence which originates in the army goes beyond and spreads into society; authorities use that violence to maintain control of the state and suppress civic activism. Journalist Badziaka investigated cases of men who were both victims of violence and practiced it in the army, returning deeply traumatized and extending violence to other spheres of life—mainly to their families. Mihalkovich used his own obligatory military service in Belarus to unveil the army’s “hidden” universe. However, what had begun as an expose of the consequences of “dedovshchina”* has become a prologue to Putin’s handbook for Russian autocracy, following the 2020 Belarus presidential elections when an unprecedented outbreak of violence by security forces, including shooting at unarmed demonstrators, arresting around 30,000 people, mass beatings, and the torture of detainees, left many dead, imprisoned or missing.

* The phenomenon of “dedovshchina” (a variety of subordinating or humiliating compulsory activities undertaken by new recruits, leaving them with serious psychopathology for their lifetime) has roots in the traditions of the Soviet Army, implemented by recruited ex-convicts who brought criminal rules into the army.