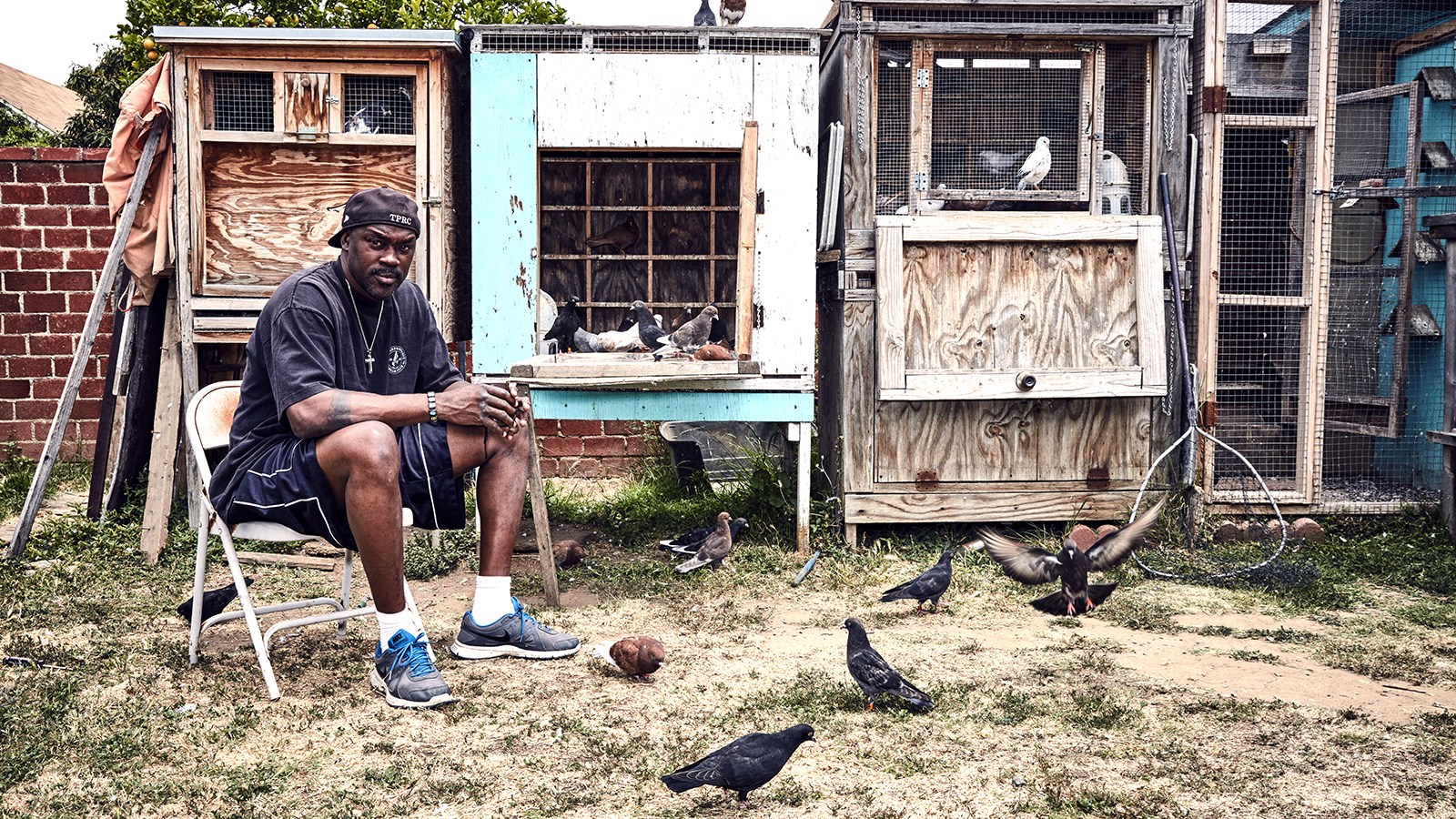 An avian equivalent of the Blue Angels, pigeons can skillfully somersault in flight—and, amazingly, there’s a subculture of men in South Central L.A. devoted to the phenomenon as a competitive sport.

High over Los Angeles, a cluster of pigeons acrobatically somersault through the crisp morning air like synchronized swimmers in the sky as they are breathlessly observed from below by a group of dedicated bird enthusiasts, each one carefully evaluating the flock on form, synchronicity, and flight duration. Welcome to South Central's curious subculture of competitive pigeon flying, in which a tight-knit community of Black and Latino breeders and trainers gather to prove that their flocks of Roller Pigeons—a unique breed originally from Birmingham, England, that has the ability to spin downward abruptly in mid-flight—have the skills necessary to compete for the World Cup. Guiding us through this world is defending champion Keith London, whose life work has been judiciously breeding his birds with patience and determination. Keith is mentor to big-hearted barber Choo Choo, looking to improve his birdman skills after finding his flock in last place. Filmmaker Milena Pastreich spent eight years among these dedicated avian caretakers to craft this uplifting and uniquely human story. Punctuated by picturesque footage of pigeons taking wing to the sounds of jazzy percussion, Pigeon Kings is a tribute to the nurturing, tender, and symbiotic relationship between man and bird.

Director Biography
Milena Pastreich is a Los Angeles-based director and cinematographer. She received the UCLA Spotlight Award for her short film I Feel Stupid. She is the cinematographer of Below Dreams and The Ballad of Finn + Yeti. Pigeon Kings is her directorial feature documentary debut.