Meet the jurors on the five feature film juries and two short film juries for the 2019 Seattle International Film Festival. 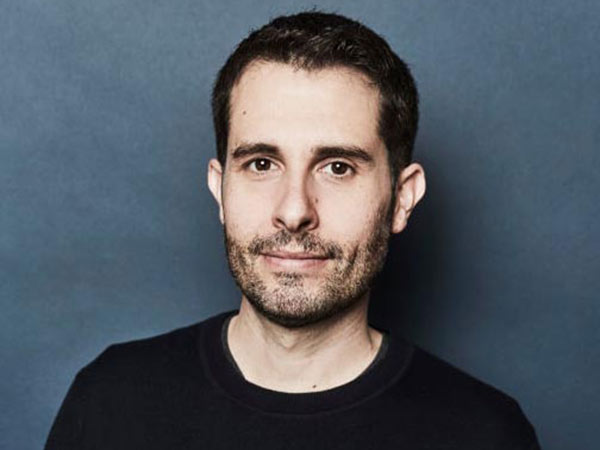 Ryland Aldrich is a producer based in Los Angeles. He produced Jeff Grace's Folk Hero & Funny Guy which played at SIFF in 2016 after premiering at the Tribeca Film Festival and was later released theatrically in 2017. He has also produced Michelle Morgan's Sundance 2017 comedy It Happened in L.A., the SXSW 2015 premiering Enter the Dangerous Mind, and the upcoming Gunpowder & Sky digital series Breakarate. Ryland also works as Festivals Editor for the popular film website Screen Anarchy where he covers the festival circuit year-round with a focus on VR and other emerging storytelling. He is originally a native of the Seattle area. 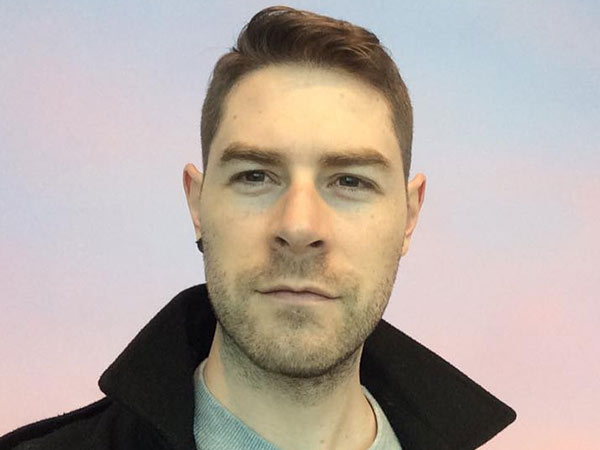 Manuel Betancourt is a film critic and a culture writer. He's the film columnist at Electric Literature as well as a regular contributor to Remezcla and Backstage Magazine. His academic writing has appeared in Genre, Film Quarterly, and GLQ, while his work of cultural criticism has been featured in the New York Times, Film Comment, BuzzFeed, The Atlantic, Esquire, and the Los Angeles Review of Books, among others. mbetancourt.com 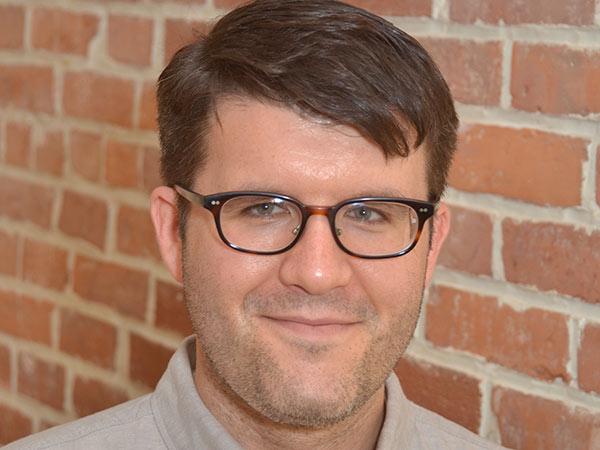 Neal Block is Head of Distribution and Marketing for Magnolia Pictures, overseeing release campaigns for all of Magnolia's titles, including recent favorites like Hirokazu Kore-Eda's Shoplifters, Betsy West and Julie Cohen's RBG, and Penny Lane's documentary on the Satanic Temple, Hail Satan? (all of which played at SIFF theaters!) In addition, Block manages the theatrical release each winter of the Oscar-Nominated Short Films, which has become a perennial awards-season tradition. 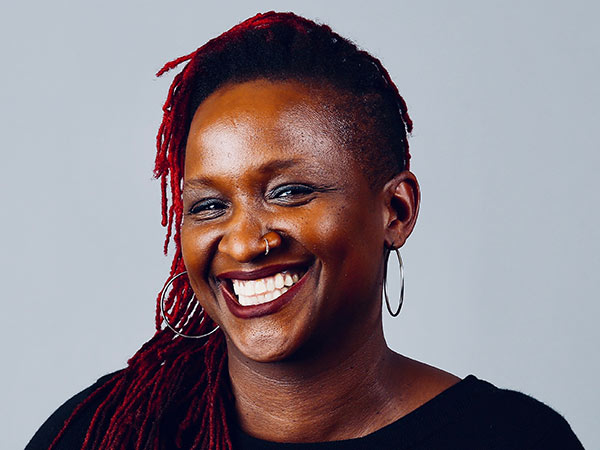 Effie T. Brown is an award winning film, television, and digital Producer, known for her highly acclaimed, multi-platform repertoire as well as championing inclusion and diversity in Hollywood, both behind and in front of the camera. Brown's long and illustrious career began as a Film Independent fellow in the prestigious "Project Involve"program. During her fellowship, she gained invaluable insight into the film industry. Her incredible work ethic and creative freedom allowed her to advance quickly through ranks becoming Director of Development for Tim Burton Productions in 1995. Decades later, Brown now serves as a Film Independent Board member and mentors the new generation of fellows. 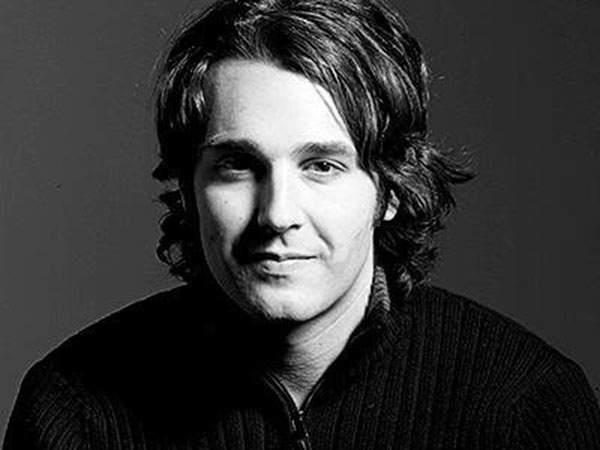 Director, writer A.J. Eaton was born and raised in Idaho. He became inspired to become a filmmaker observing his father, a folk musician, write on a song for a small documentary. Eaton makes his feature-length directorial debut with David Crosby: Remember My Name (2019), a natural step for someone who grew up around music. He cites Mark Twain as an inspiration, following his advice to "write what you know" and "make movies and tell stories about subjects and themes you're familiar with and passionate about." 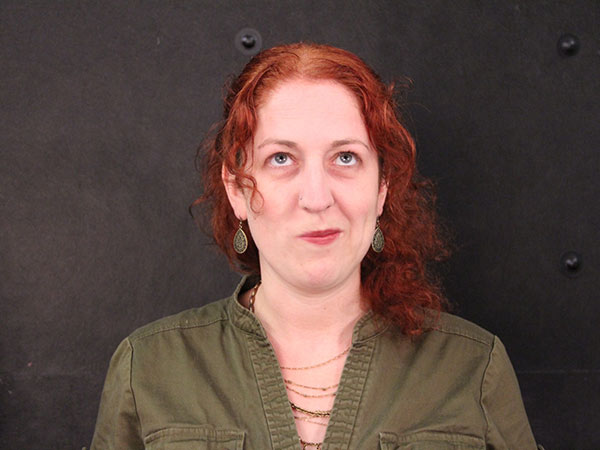 Anna currently serves as the director of programming in the Visual and Media Arts department at Emerson College where she curates and oversees the Bright Lights Film Series. Bright Lights is a free, public film and conversation series, screening 50 films a year in a cinema in the Paramount Center in downtown Boston. Anna has over twenty years experience in curating and creating cinema environments at several festivals including the Boston Underground Film Festival (where she served as director for seven years), SFIndie, and Wicked Queer. She speaks on audience building, the power of communal experience and collaborative filmmaking at national conferences including the University Film and Video Association, the Arthouse Convergence, and SXSW. She also teaches a course on cinema exhibition and has started a movement to encourage those in exhibition to teach their craft. She is an evangelist for #cinemaculture and believes that everyone needs to see their stories reflected back to them in a darkened theater. 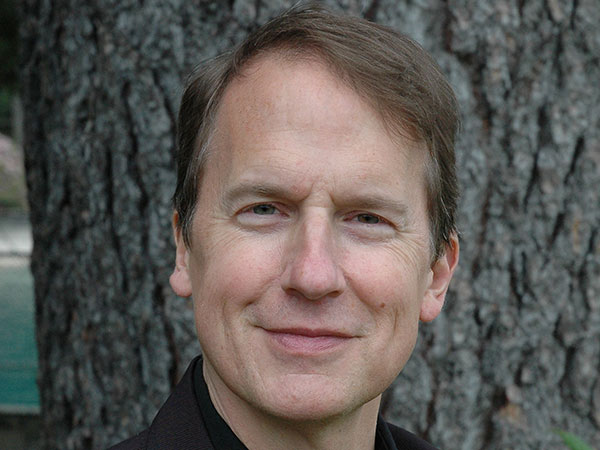 Robert Horton is a member of the National Society of Film Critics, and the longtime film critic for the Herald (Everett, WA), and Seattle Weekly. He is a regular contributor to Film Comment magazine, and the author of Frankenstein (Columbia University Press) and Billy Wilder: Interviews (U. Press of Mississippi). He also co-authored the graphic novel Rotten (Moonstone Books). He has been a Fulbright Specialist (Romania, 2016); adjunct professor at Seattle University; the curator of the "Magic Lantern" film program at the Frye Art Museum in Seattle; instructor at the Architectural Association in London; past president of the Seattle Film Society; and a speaker with Smithsonian Journeys. He served two terms as a speaker with Humanities Washington. He is currently a board member at Scarecrow Video and is leading the yearlong Scarecrow Academy project on the films of 1959. As a member of FIPRESCI (International Society of Film Critics) he served on 2018 juries at film festivals in Odesa, Ukraine and Ljubljana, Slovenia. His work is linked at the website The Crop Duster (roberthorton.wordpress.com). 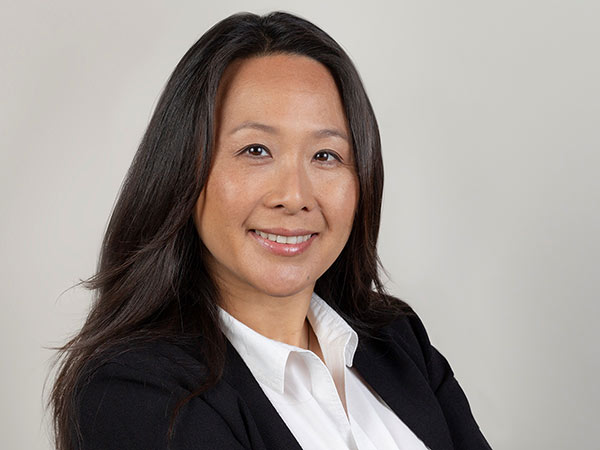 Helen Huang has negotiated and/or managed over $97 million in business deals to procure thousands of hours of cutting-edge stand-up comedy specials, award-winning documentaries. and feature films for Showtime Networks. In 2011, Huang was recognized by the State of California for her volunteer leadership, and in 2016, she was a Nominated Changemaker at the United State of Women—the inaugural women's summit convened by The White House during President Barack Obama's tenure—and a participant of the U.S. Department of Labor's second Worker Voice Summit. Huang has served as an Advisor to the LA Film Festival, on the Nominating Committee of the NAACP Image Awards, and on the Board of Advisors of the Middleburg Film Festival. She has been a member of Women in Film, SAG, CAPE, the Academy of Television Arts and Sciences (Emmy Awards), Hollywood Radio & Television Society (HRTS), and Colour TV (Executive branch). She is the first film acquisitions executive of Asian descent in US television history. 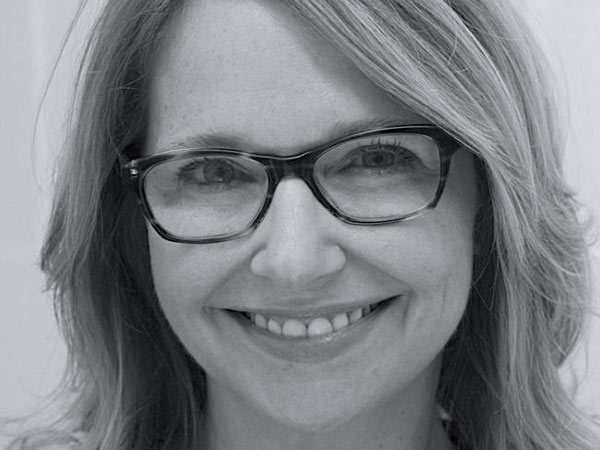 Anne Hubbell is a respected film industry veteran with 20 years of extensive corporate, not-for-profit and production experience.  She co-founded Tangerine Entertainment, the first production company and community builder working exclusively with women creators.  As Vice President of Motion Picture at Kodak, she negotiates contracts and consults on studio and independent movies, episodic content, commercials and music videos, and is a liaison to the global film community at large.  Anne also is Programming Director for 51Fest, a new multi-platform event, celebrating the voice and vision of the female majority through screenings, conversation and performance, all by and about women. Her producing credits include The Second (2018), Keep the Change (2017), The Last Laugh (2016), Paint It Black (2016), Gayby (2012), Lipstick & Dynamite (2004).  She serves on the boards of NY Women in Film & Television, the NY Production Alliance and Rooftop Films, and is a member of the Producer's Guild of America. 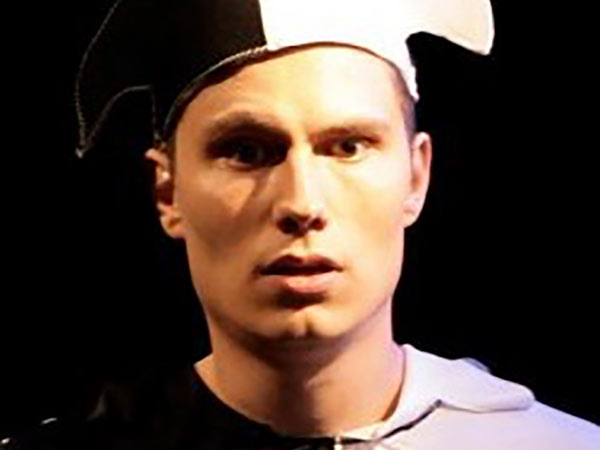 Wes Hurley is a Russian-born Seattle-based filmmaker/writer. In addition to creating the cult TV series "Capitol Hill," Hurley directed and produced over a dozen shorts, including the acclaimed autobiographical doc "Little Potato" (co-directed with Nathan Miller) which won 27 awards including the Oscar-qualifying Jury Prize at SXSW. Hurley's first VR piece "Potato Dreams" was presented at AFI, IDFA, Sheffield Doc Fest, and SIFF. He is a recipient of 2019 Creative Capital Award, The Advocate Magazine's Person to Watch, City Arts Magazine's Artist of the Year and a regular contributor to Huffington Post. 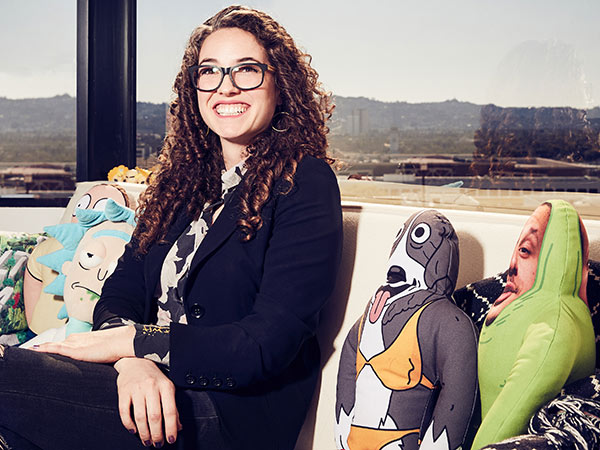 Missy Laney is the Director of Development at Adult Swim. Laney previously worked at the Sundance Institute growing their #ArtistServices Initiative, a program that focused on how technology is changing the way audiences interact with films and at BitTorrent Inc. leading their film strategy where she launched The Discovery Fund, BitTorrent's first ever artist granting initiative. 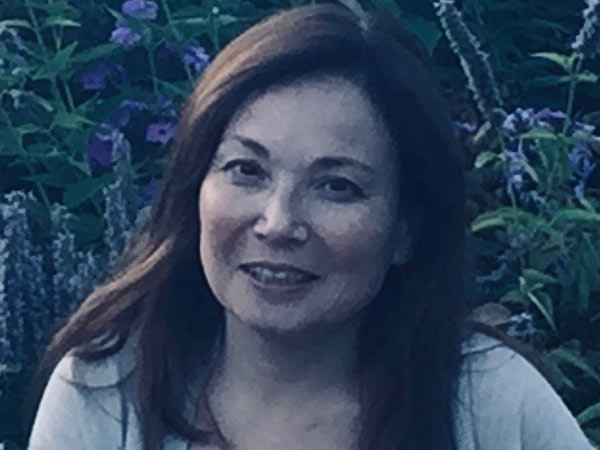 Simone Ling is a creative producer and story consultant. Clients have included Universal Pictures, Paramount Pictures, and the Sundance Institute. She was an executive producer on Aurora Guerrero's Mosquita y Mari, a Spirit Award nominee, and producing credits include Anahita Ghazvinizadeh's They, that premiered at Cannes Film Festival and continues to enjoy a 40 plus film festival run. She is a TAP producing fellow and a Film Independent Fast Track and TFI Network alum with Belonging. A member of MPEG/IATSE, the Producers Guild of America, and BAFTA, she sits on BAFTA/LA's Student Shorts jury and New Talent Committee. Adjunct Faculty at the American Film Institute, she holds a Master's degree in Modern History from the University of Oxford, and, as a Fulbright Scholar, earned a Master's in Media Studies/Journalism from Stanford University. 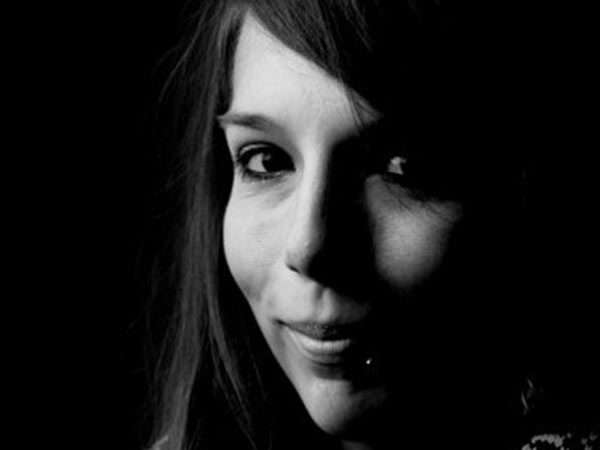 Petra Meterc is a freelance journalist and film critic, based in Slovenia. She has been writing and reporting on film and literature for one of the oldest independent non-commercial urban radio stations in Europe, Radio Študent, where she has also worked as the editor of a biweekly radio drama programme. She publishes in Ekran Magazine for Film and Television and KINO! magazine, as well as other media outlets, mostly focusing on independent cinema, and has contributed to several festival dailies. She has also worked as a film education mentor, as a mentor of film criticism workshops and is currently a programmer for the Festival of migrant film Ljubljana. She is a Berlinale Talent Press and IFFR Trainee Project for Young Film Critics alumna. 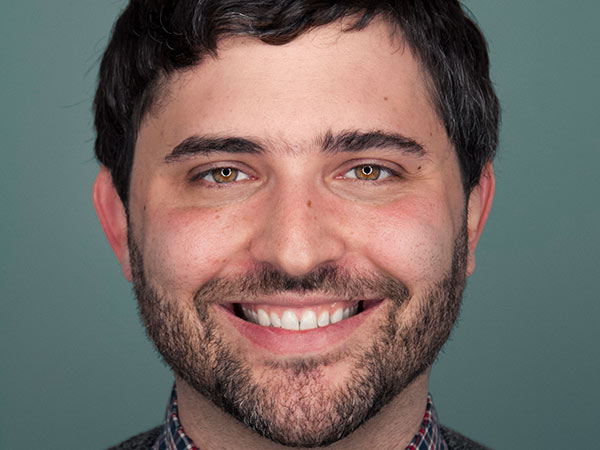 Sam Morrill is the Head of Management at Animal Kingdom, the team behind such films as Short Term 12, It Follows, and Paterson. Prior to working at Animal Kingdom, Sam served as the Director of Curation at Vimeo, leading the team that oversees Vimeo Staff Picks. He lives and works in his hometown of Brooklyn, NY. 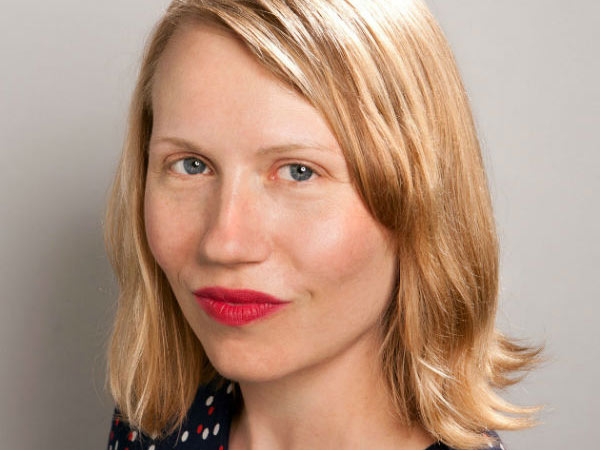 Amy Nicholson is a film writer and critic for Variety, The Guardian, and the Washington Post, and the host of the movie podcasts ""Unspooled," "Zoom," "The Canon," and "Halloween Unmasked." Her first book, Tom Cruise: Anatomy of an Actor, was published by Cahiers du Cinema. 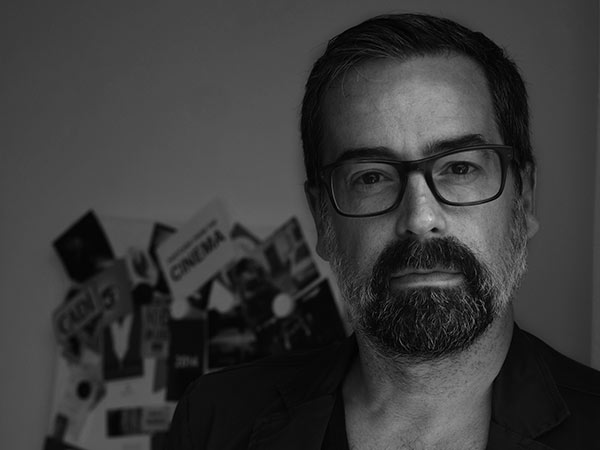 Carlos Rios has a degree in Information Sciences from the Barcelona Autonomous University, a post-graduate degree in Cultural Management and Policies. In 1994 he was the Co-founder and promoter of the film broadcaster 100.000 Retinas, an entity dedicated to promoting film as culture. He has been promoter and coordinator of the section CINEAMBIGÚ, a weekly film space that offered the best films without distribution in our country. He was for more than 10 years Co-director of the Barcelona Asian Film Festival - BAFF and since 2010 Director of Noucinemart (film broadcaster and distributor) and the D'A Film Festival Barcelona. 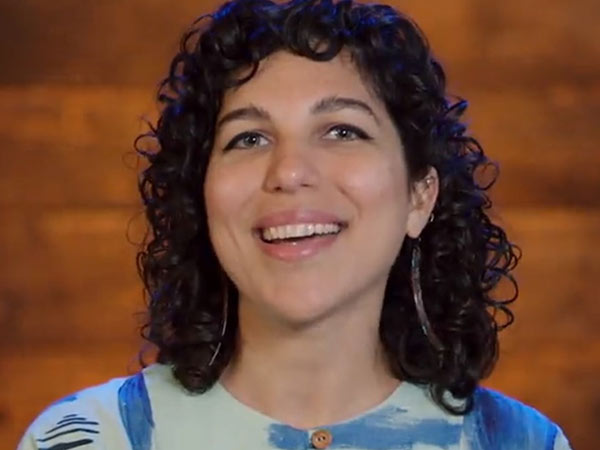 Rana San is an artist and arts administrator whose creative practice melds dreamwork, written word, body in motion, video poetry, and analog photography. She's interested in the ways we relate to ourselves, each other, our surroundings, the unknown, and the new meanings that are made in spaces where artistic mediums meet.

In community, Rana crafts collective experiences that elevate the work of artists and activists using film and contemporary performing arts to incite public dialogue and social change. She is the Artistic Director at Northwest Film Forum and serves on the short film committee for the Seattle Turkish Film Festival. 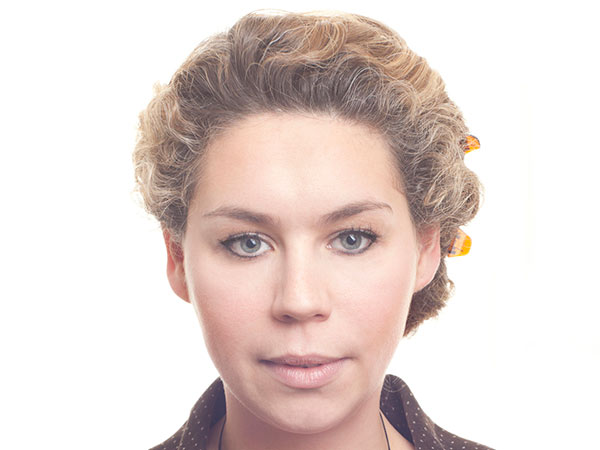 Ania Trzebiatowska trained in production and post-production at the BBC and the British Museum. She studied film as well as digital culture and technology in Poland and in the UK, and has worked in various area of the film industry. She is Autlook Filmsales' Sales & Acquisitions Executive for North America and ANZ. Prior to that she was with the NYC-based sales agency, Visit Films, where she served as Senior Director of Acquisitions since 2015.  For the last ten years she has also been acting as the Artistic Director of Off Camera IFF (Krakow, Poland). She is based in LA and travels extensively to international festivals and markets, speaking on panels and serving on festival juries around the world (including Sundance, Outfest, Rotterdam, Aspen and Seattle IFF). 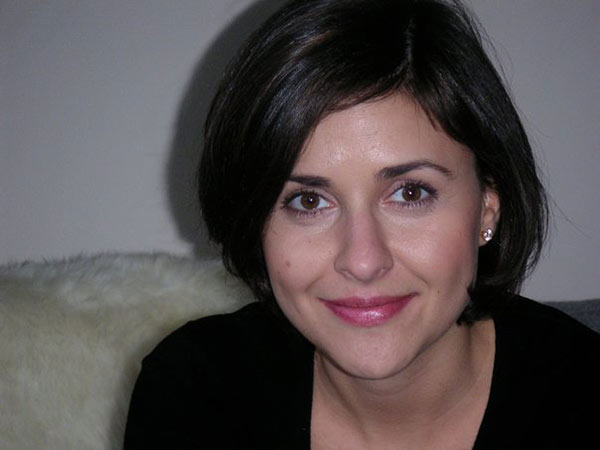