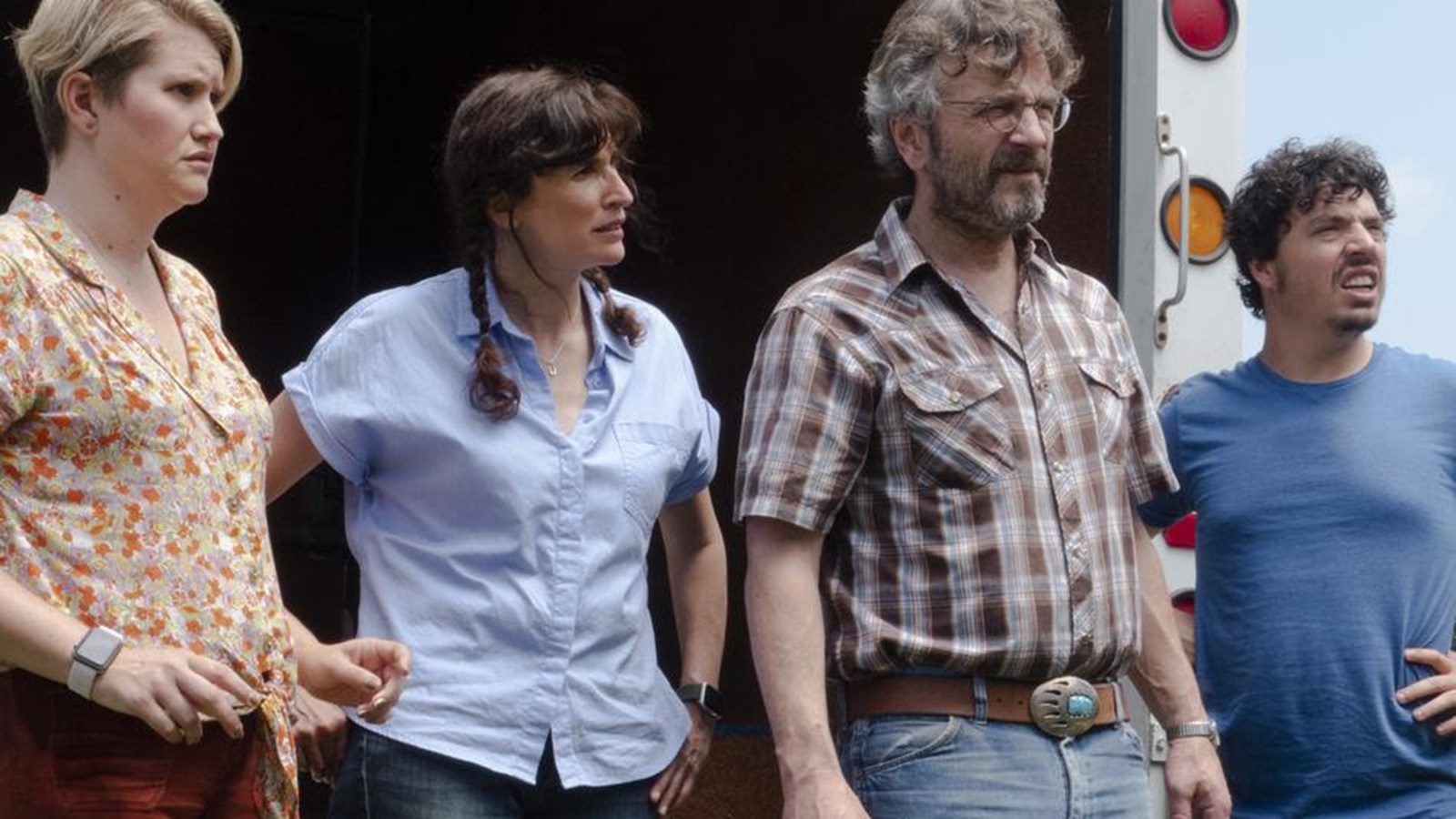 Start the Festival right by attending the Opening Night Gala, the best party of the year, at Marion Oliver McCaw Hall. The kick-off event is always a fabulous time, with hors d'oeuvres, desserts, and cocktails immediately following the screening.

Red Carpet Experience:
Includes admission to the film with reserved seating, valet parking, a premium gift bag, entry to the Opening Night Party, and unlimited drinks. *This is a fundraiser for SIFF*

Get the Red Carpet Experience

On the internet, value, as well as beauty, is in the hand of the sword-holder-a truth exploited by the ensemble of characters that inhabit the small-town Southern world of this latest comic gem from Seattle native Lynn Shelton. The titular McGuffin of this shaggy-dog story is an old Civil War sword inherited by lesbian couple Cynthia (Jillian Bell) and Mary (Michaela Watkins), who seek the advice of Alabama pawnshop owner Mel (comedian and podcaster Marc Maron). Disbelieving the claims of Cynthia's grandfather that the sword had been offered in surrender-by the U.S. Army-Mel offers a paltry $400. However, after some digging through the web's shadier conspiracy-theory websites, Mel's dim assistant (Jonathan Bass) uncovers potential buyers who insist the South secretly won the Civil War, and who might be willing to part with 100 times Mel's offer. Thus begins a farcical odyssey into the underbelly of Southern paranoia and revisionist history. Using her signature improv-style directing technique, Shelton lets her actors react naturalistically to the outlandish situations they encounter, including nefarious backwoods characters who covet the chance to own proof of their own delusions. Full of caustic but never mean-spirited wit, Shelton's Sword of Trust could be called her uproarious, goofy response to the rise of MAGA culture in America.