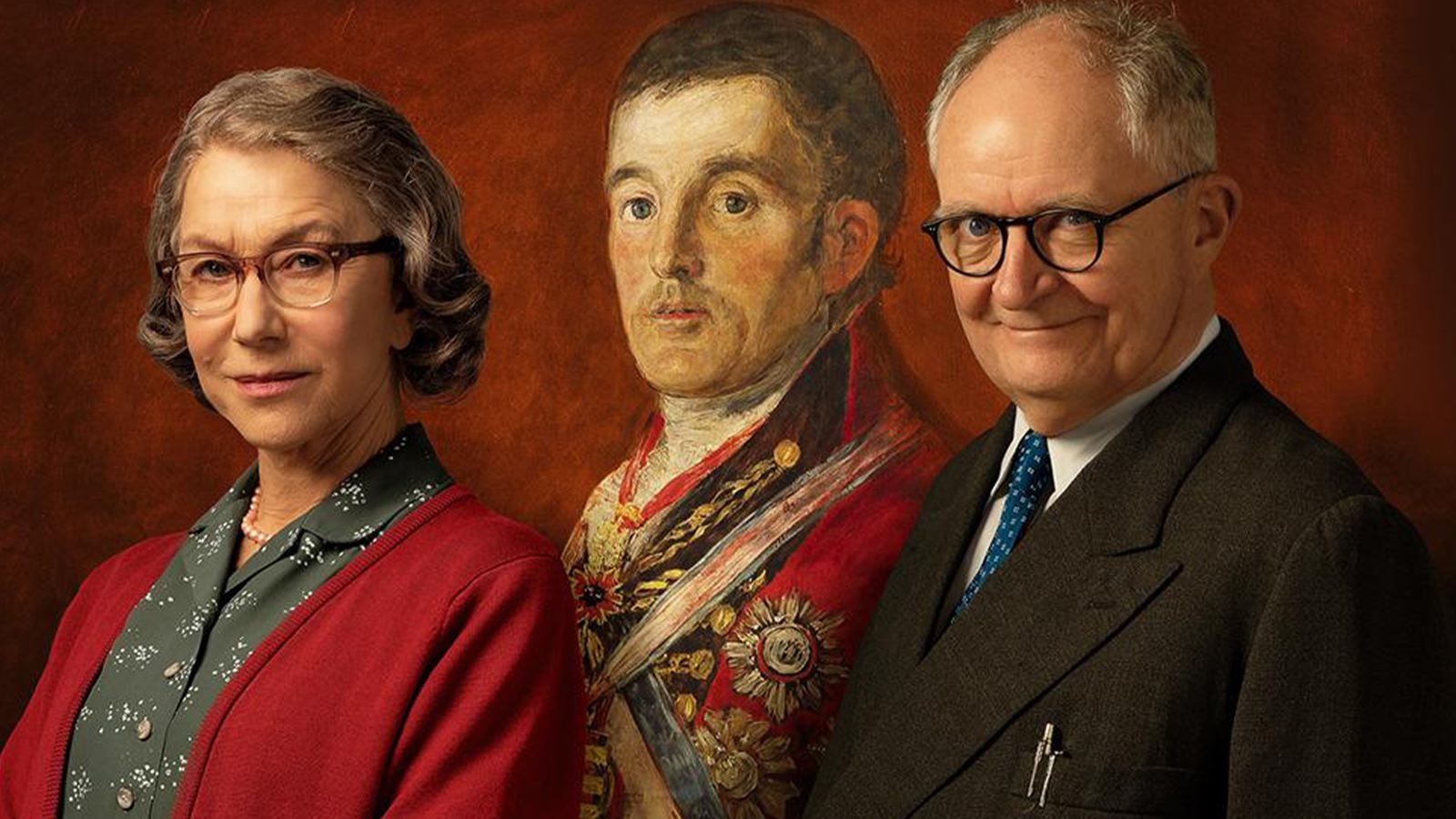 Oscar® winners Jim Broadbent and Helen Mirren star in this funny and moving drama about the out-of-work taxi driver who stole a Goya portrait from London’s National Gallery. The final film of the late director Roger Michell (Notting Hill).

The amazing 1961 theft of Goya’s portrait of the Duke of Wellington from London’s National Gallery (still the only loss in history from that august institution) was a front-page scandal. Scotland Yard speculated that it was the work of an organized gang, but the actual culprit was a 60-year-old, out-of-work taxi driver, Kempton Bunton (played here by Oscar® winner Jim Broadbent). A failed writer and oddball activist whose greatest source of outrage is obligatory TV licenses, Kempton hits upon the scheme of stealing the painting and holding it for ransom, demanding that the government provide free television to old-age pensioners. He accidentally involves his teenage son Jackie (Fionn Whitehead, Dunkirk) but keeps it a dark secret from his put-upon and justifiably impatient wife Dorothy (Oscar® winner and legend Helen Mirren). Broadbent (Topsy-Turvy, The Iron Lady) carries the film with his rousing, ebullient performance. This final film by director Roger Michell (Notting Hill, Hyde Park on Hudson), who died last fall, is a funny and moving drama about the dignity of the underdog.