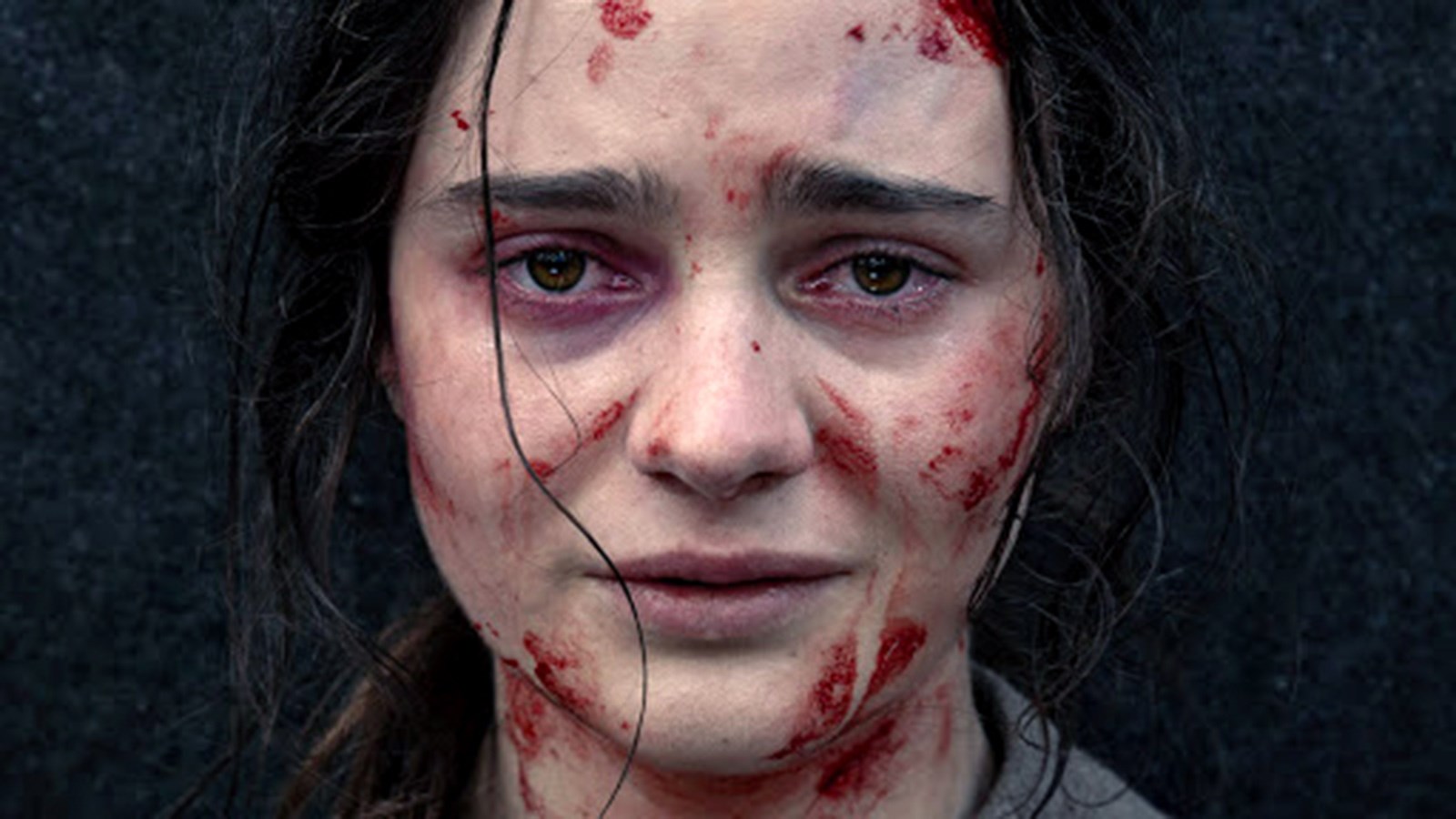 In director Jennifer Kent’s brutal western, her follow-up to arthouse horror hit The Babadook, a vengeful Irish convict-woman and an Aboriginal tracker stalk a group of British soldiers through the Tasmanian wilderness.

Australian writer/director Jennifer Kent's second directorial effort, The Nightingale, is a revenge film set in 19th-century Tasmania. Instead of a babadook, however, this time Kent depicts horror in the form of colonial white British soldiers who brutalize women and Aboriginal locals. The film tells the story of two such victims, a young Irish convict, Clare (Aisling Franciosi), and an Aboriginal man named Billy (Baykali Ganambarr). After she has been raped and her family murdered, Claire secures Billy's services as a guide, and they proceed to track the army officer who had perpetrated the atrocities, one Lieutenant Hawkins (Sam Claflin). Trekking through the dangerous wilderness, the tension is heightened by the mutual distrust between Clare and Billy, who eventually forge a bond over their shared hatred of the English. Even without much dialogue, Franciosi and Ganambarr's performances are riveting, with sharply alternating closeups capturing their body language and facial expressions that draw out this examination of hatred and oppression. Though hard to watch in its most violent moments, the plight of Clare and Billy, and the feminist revisionist Western they find themselves in, will resonate with contemporary audiences.

Director Biography
Jennifer Kent was born in Brisbane, Australia and started creating art at a young age, staging her first play at age 7. She initially went into acting and graduated from the National Institute of Dramatic Art (NIDA) with a focus in performing arts. While working at a television actress and an acting teacher, she was inspired to become a director after seeing Lars Von Trier's 2000 film Dancer In The Dark and was able to assist the Danish director on his 2002 film Dogville. After her first short film, Monster (2005), did the festival circuit, she decided to adapt it into a full-length feature; The Babadook. Starring her fellow NIDA graduate Essie Davis ("Miss Fisher's Murder Mysteries"), The Babadook became an international success and is considered one of the decade's best horror films. The Nightingale is her second feature-length film.