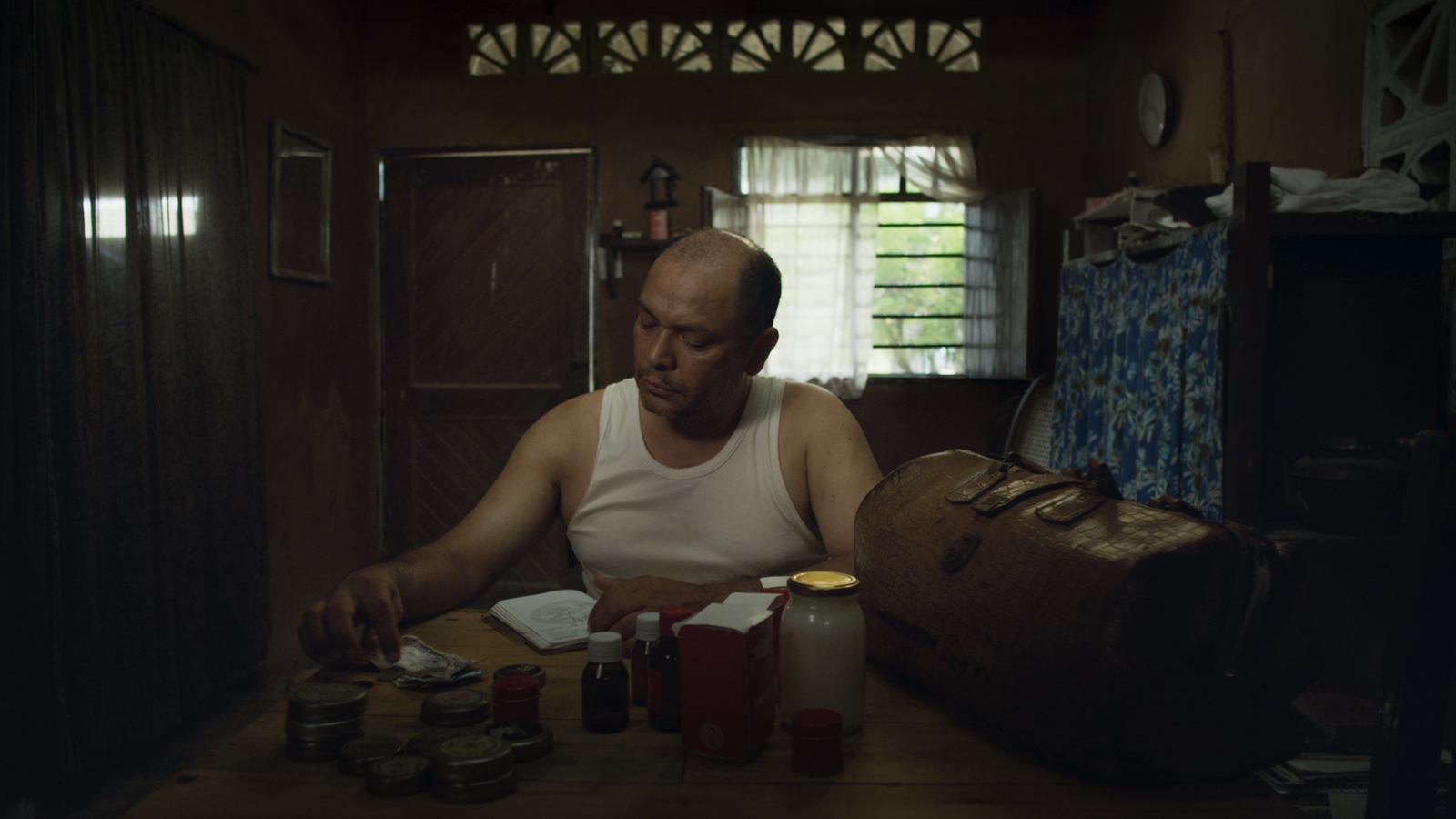 When Eliécer is given charge of his half-sister following their musician father’s death, the embittered bachelor sets out to deliver the child to her mother, encountering unscrupulous bandits, kind strangers, and an unexpected ray of hope in this rich, heartfelt road film.

Living a quiet life in the rural Colombian village of Rincón del Mar, middle-aged bachelor Eliécer Mendez (Carlos Vergara) revels in simple pleasures: resting in his hammock, whistling songs to birds, fixing a solitary meal. On a day that should have been like any other, Eliécer receives notice that his long-estranged musician father Nolasco has died, leaving behind little but a talent for playing the gaita, a host of bitter memories, and shy grade-school daughter Esperanza (Shaday Velasquez). With their shared father requesting that Esperanza be taken to live with a mother she’s never known in Bogotá, the embittered former musician throws together what little he has and sets out to take his half-sister to the capital and quickly return to his reclusive existence. But when poor would-be boxer Toño (Jhoyner Salgado) decides to tag along, the unlikely trio are quickly swindled out of what little money they have, bartering and betting on the kindness of strangers to get to their destination. But as they get nearer to Bogotá and the hard realities of life on the margins take their toll, the ad hoc family grows closer, realizing they have nothing but one another, opening an embittered Eliécer to the music he’s inherited, in this charming and gloriously heartfelt feature debut from director Joan Gómez Endara, co-written with Ivan Sierra Sanjurjo.