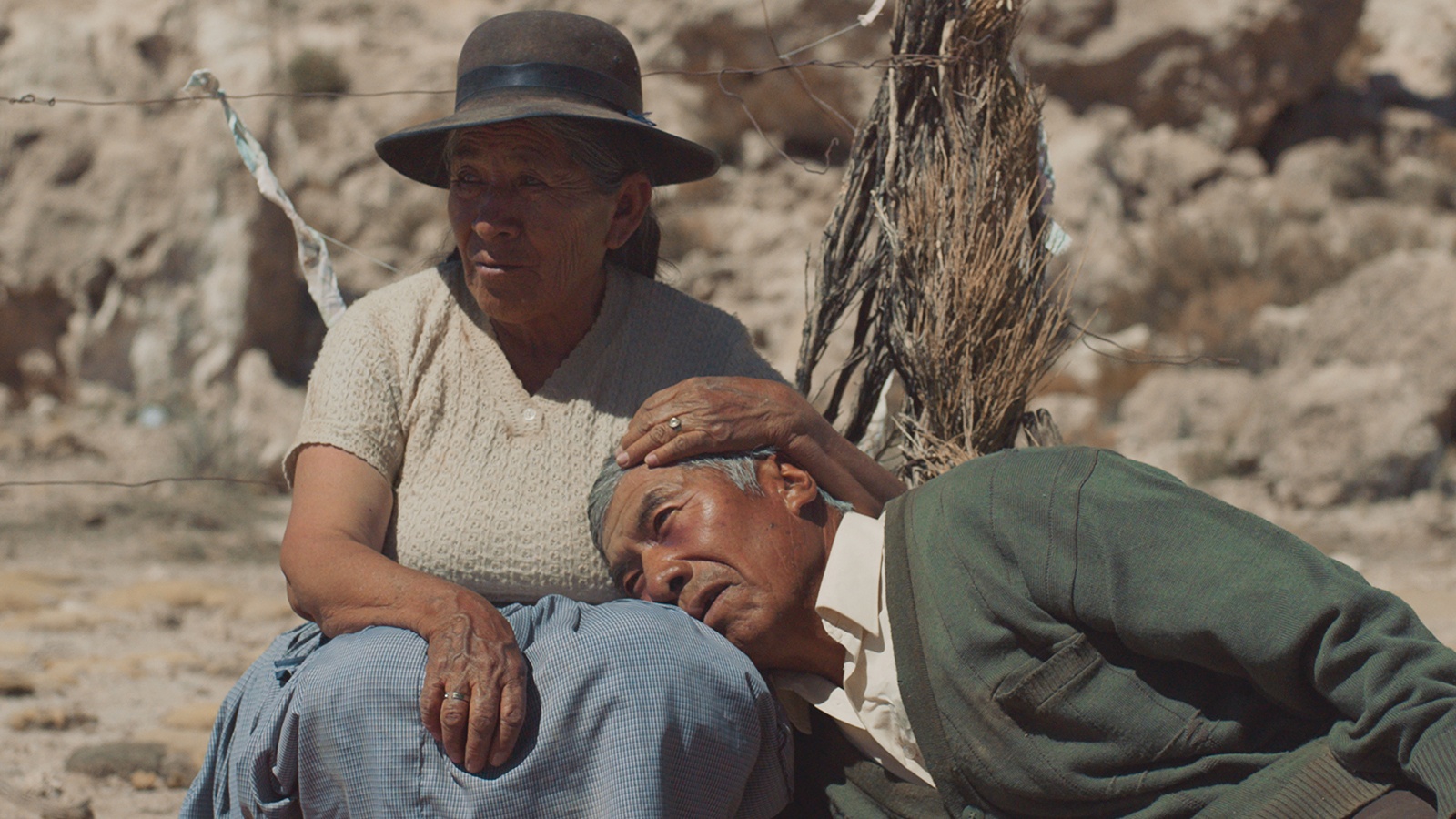 Struggling to survive in an increasingly parched and arid Bolivian Altiplano, elderly Quechua couple Virginio and Sisa must decide their fate in a land where time itself has grown tired in this lyrical debut feature and Sundance prizewinner.

High on the Bolivian Altiplano where the sun beats down upon a parched, cracked earth, elderly Quechua couple Virginio (José Calcina) and Sisa (Luisa Quispe) once lived their lives much as their ancestors had: raising crops, tending to their llamas, hunting and harvesting upon the land’s bounty. But lately, Virginio has grown despondent: It has not rained in a year and the ancient glacier on the sacred mountain, whose water has given life to the people for millennia, has almost disappeared. Most of the villagers have already left and the long-married couple’s very survival is in jeopardy. As Virginio’s despondency over the land grows, his breathing becomes labored, his coughing spells intensify—and the condor quietly begins circling overhead. When grandson Clever (Santos Choque) arrives from La Paz, he pressures his grandparents to abandon their land and move with him into the city, pushing the increasingly combative Virginio into a corner and the pair’s survival further into doubt. As his disillusion grows, Virginio struggles to accept what was once unthinkable: that time itself has grown tired, embracing the release and accepting the end of things in a place where land and body are one and the same, in this lyrical debut feature from writer/director Alejandro Loayza Grisi, winner of the World Cinema Grand Jury Prize at the 2022 Sundance Film Festival.