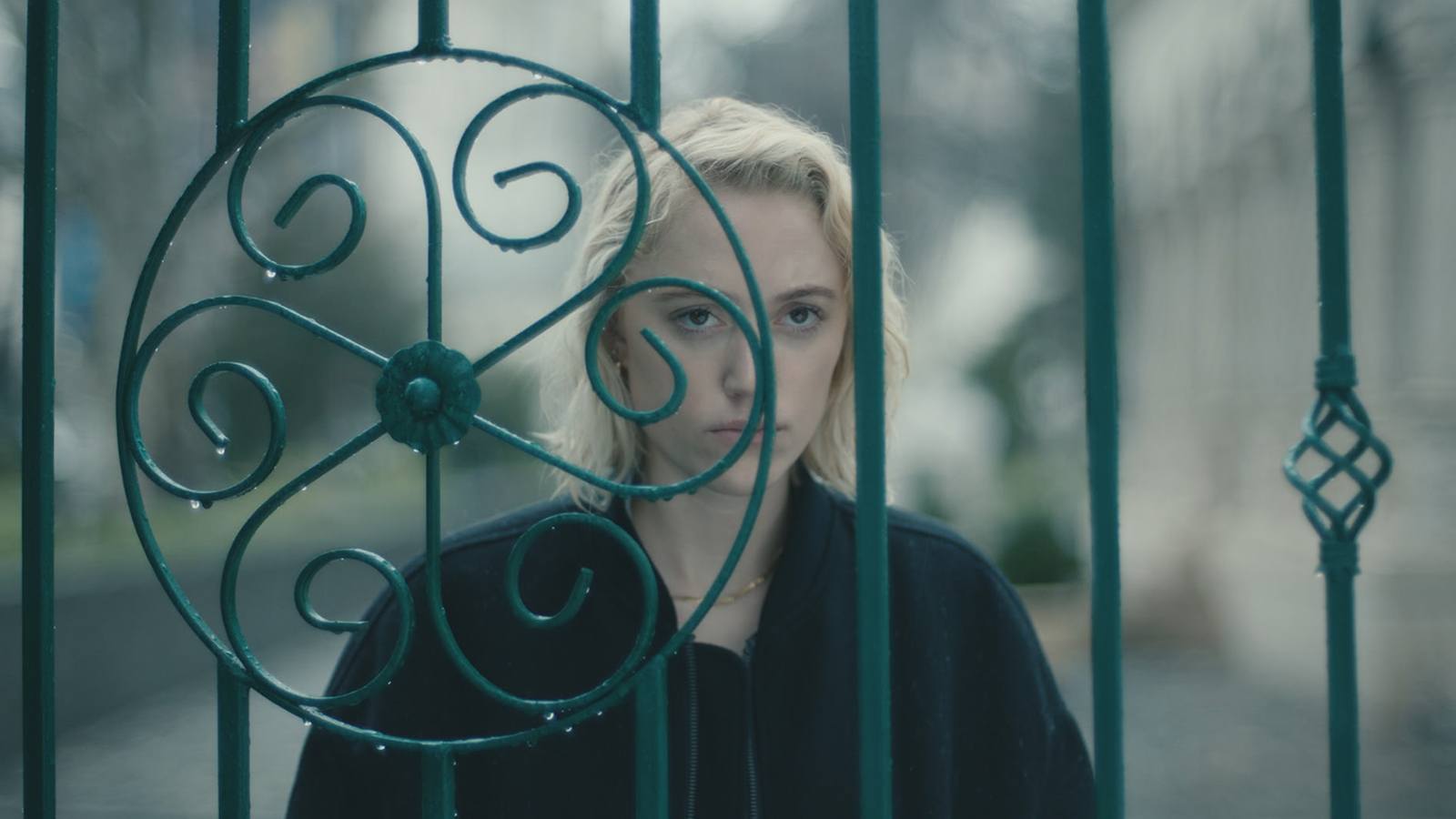 Julie, a recently married American newly arrived in an unfamiliar Bucharest, becomes obsessed with a shadowy figure she thinks is stalking her in this “who’s-really-the-crazy-one?” psychological thriller.

Newly minted scream queen Maika Monroe (It Follows, The Guest) slays in the lead role in this Bucharest-set chiller. Julia has just uprooted her life to follow her husband to his native Romania for a high-pressure job. Having given up her acting career to move halfway around the world, she’s a stranger in a strange land with no friends and a tenuous grasp of a new language. With little to occupy her mind, she bides her time people-watching from their new apartment. But across the street in an adjacent building, is that a shadowy figure staring back at her? No, it can’t be. Or is it? As she explores the neighborhood, she gets the sneaking suspicion that someone is watching her, following her. Is this the same person or someone else? Her husband doesn’t believe her, nor does anybody else, so maybe it's all in her head. But that doesn’t feel right. And does this have anything to do with rumors of a sadistic murderer stalking women around town? Director/co-writer Chloe Okuno (V/H/S 94) combines the voyeurism of a Hitchcock movie with the style of a paranoid ’70s European thriller, creating an unnerving depiction of one woman calculating in real time whether to trust her own sense of peril.