Whether the Weather Is Fine 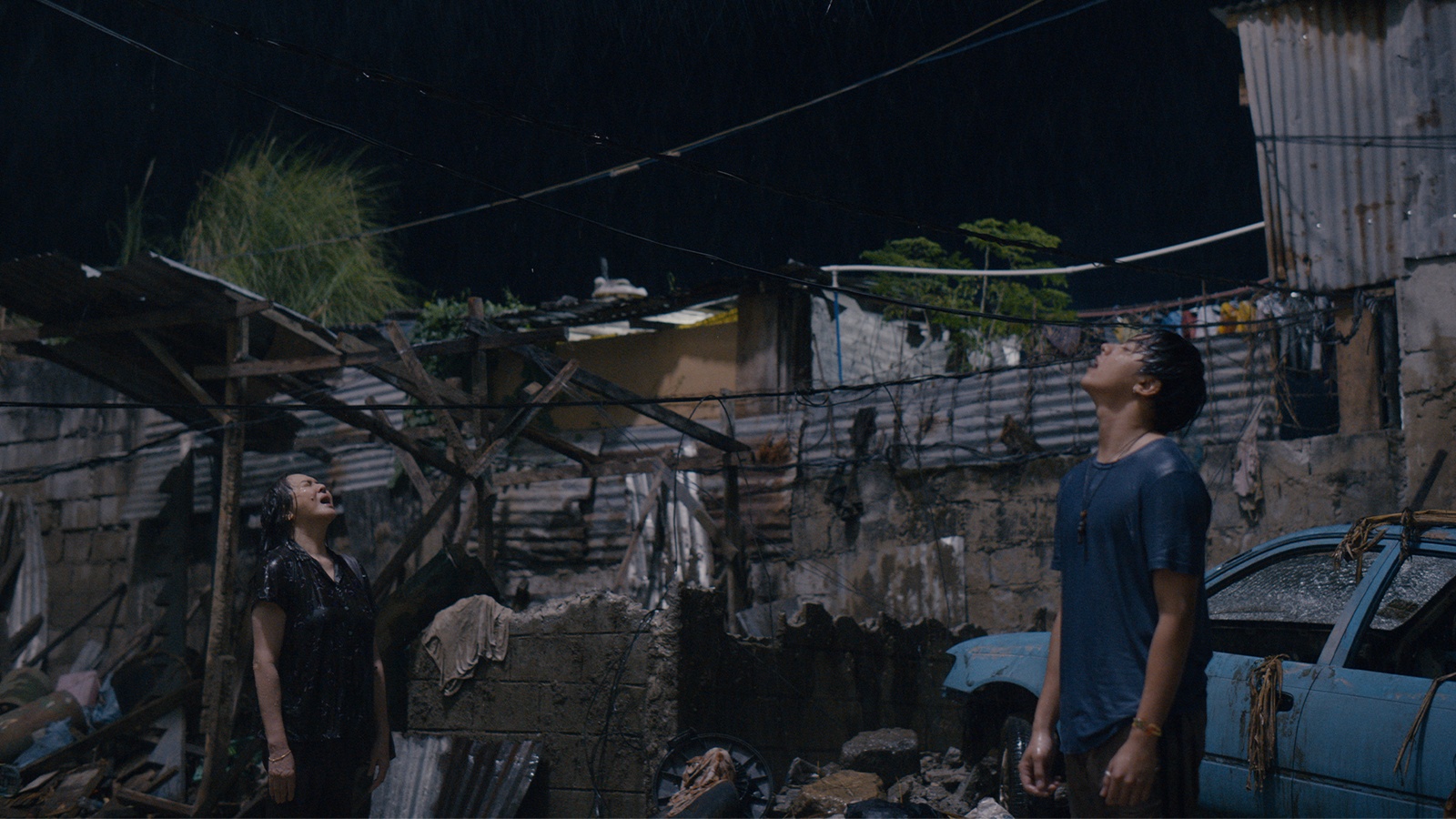 Young Miguel (actor and bestselling recording artist Daniel Padilla), his mother, and his girlfriend make their way through the devastation left by 2013’s Typhoon Haiyan in this bold, surreal disaster drama from the Philippines.

In the wake of 2013’s Typhoon Haiyan, Miguel (actor and bestselling recording artist Daniel Padilla), his mother, and his girlfriend find themselves in the flattened ruins of Tacloban. Corpses litter the ground, buildings have been reduced to the boards they’re made from, and announcements of a second storm intermingle with the chaos of a people displaced. Yet on the horizon looms hope: A nearby port harbors boats that could get them safe passage to Manila. Converging, diverging, and converging again, the trio splinter off in pursuit of their own goals as they make their way toward safety. Though undoubtedly a disaster film, the destruction of the town and collapse of social mores invite tonal shifts that move away from the ethereal bleakness of the typhoon’s aftermath to situational comedy with the military, children, and increasingly unpredictable members of the island. All of this compounds into a film that captures the devastation of losing one’s home but highlighting how disasters, even natural ones, can be processed through the absurd.