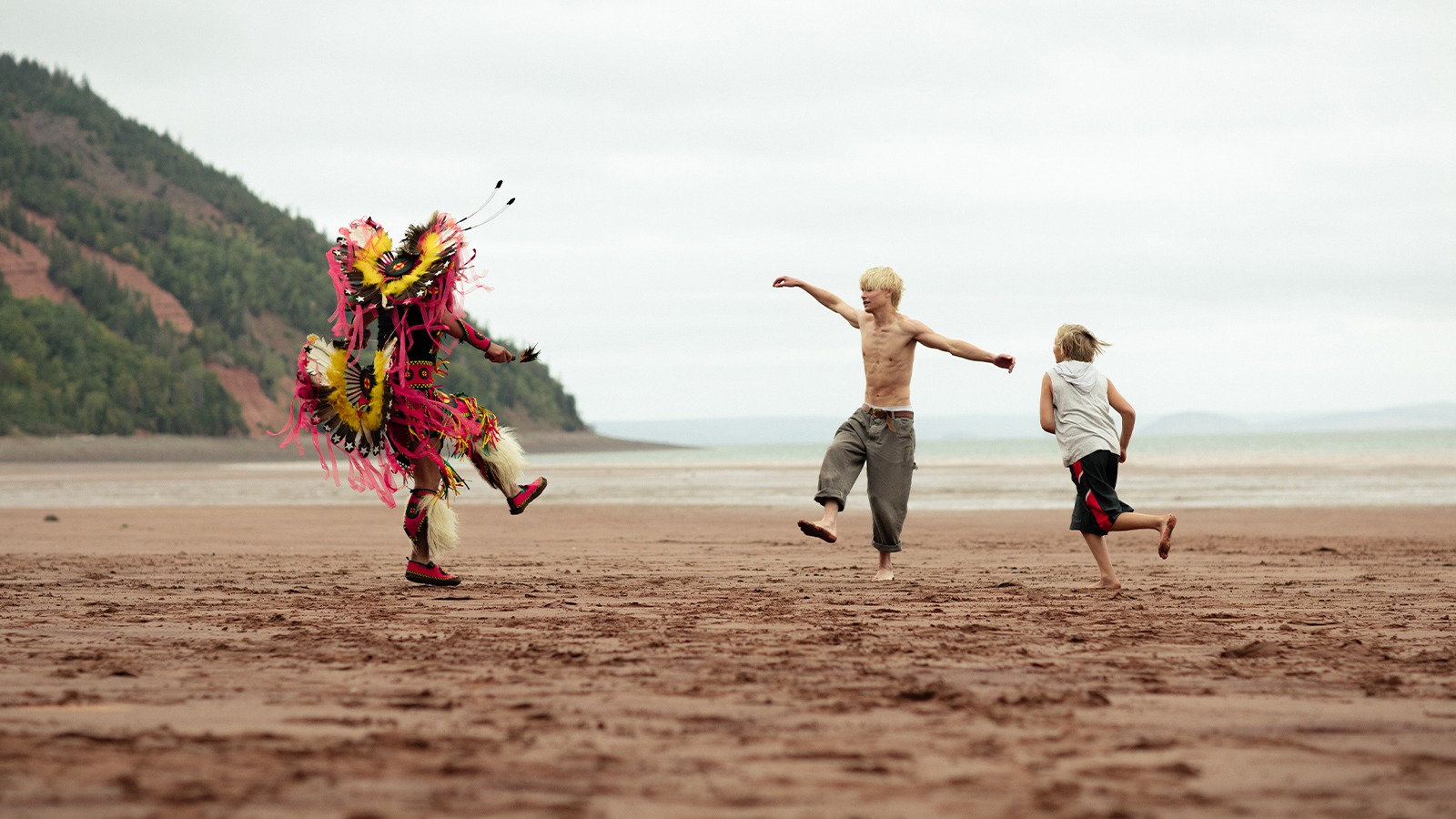 A delicate, queer coming-of-age road movie about a Mi'kmaw teenager who flees his abusive father and treks across maritime Canada in search of his birth mother and his own Indigenous heritage.

“Wildhood is an emotionally engaging and thoroughly well-crafted calling card for its writer/director as well as a long overdue step forward for Indigenous representation in cinema. Worthwhile for its grit and uplifting nature.” – Robert Stayte (UK Film Review)

Upon discovering that his abusive father Arvin (Joel Thomas Hynes) has lied about his mother’s death, Mi’kmaw teenager Lincoln (Phillip Lewitski) treks across Canada with his younger half-brother Travis (Avery Winters-Anthony) to find her. With a lifetime of baggage in tow and his hair dyed blond in startling similarity to his brother, he embarks on an odyssey to connect with his lost mother and the Mi’kmaw heritage she left him with. In a convenience store where they stop along the way, they meet Pasmay (Joshua Odjick), an openly two-spirit person and pow-wow dancer immediately drawn to Link. Though Link initially rebuffs them, Pasmay joins the duo as they journey through Mi’kma’ki territory and their connection grows. Rolling fields, open beaches, and long stretches of road work alongside a colorful cast of characters to help Link figure out not only who he is, but who he wants to be in this queer coming-of-age story.