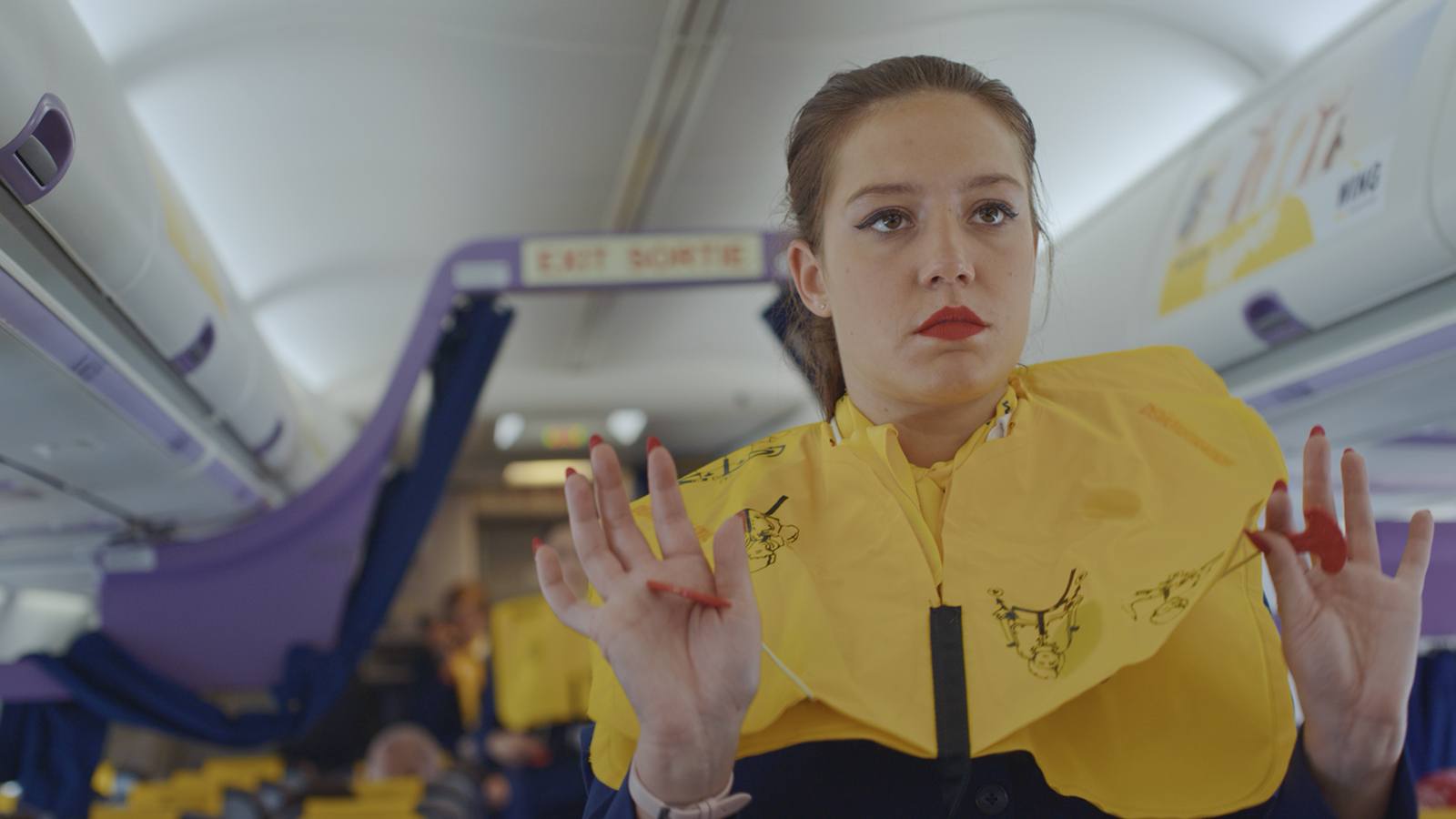 Adèle Exarchopoulos (Blue Is the Warmest Color) gives a terrific performance as Cassandre, a low-cost airline flight attendant in search of herself, in this verité feature for our times from Julie Lecoustre and Emmanuel Marre.

"The verité-style film balances the absurd and heartbreaking, all grounded by a layered performance from Exarchopoulos." — Jas Keimig (The Stranger)

Adèle Exarchopoulos (Blue Is the Warmest Color) gives a terrific performance as Cassandre, a 20-something low-cost airline flight attendant in search of herself, in this verité feature for our times from Julie Lecoustre and Emmanuel Marre. Cassandre travels from city to city and country to country, her life spent in perpetual motion, with occasional Tinder dates but no attachments. Much about her job is dehumanizing, from the management of difficult passengers to the job requirement that she be able to hold a smile for 30 seconds. (“Nobody cares about your problems,” her supervisor tells her.) But something about it suits her; asked if she can work over Christmas, she immediately agrees. It isn’t until she’s forced to return home to Belgium (grounded after a breach of airline protocol involving a display of genuine kindness to a passenger) that we understand what she might be in flight from. With a stripped-down aesthetic, the film captures the details of Cassandre’s life in almost documentary fashion. Exarchopoulos’ real-life sister and father are also in the film (playing her character’s sister and father), and real cabin crew were used for many of the roles. It is at once an existentialist study of the loneliness and alienation of our current time and a biting satire of globalized commerce and the service economy. While the main character’s name recalls the prophet of doom of Greek mythology, a lot of this story feels awfully familiar already.