Looking for the title of a short film you saw on an Alaska flight? 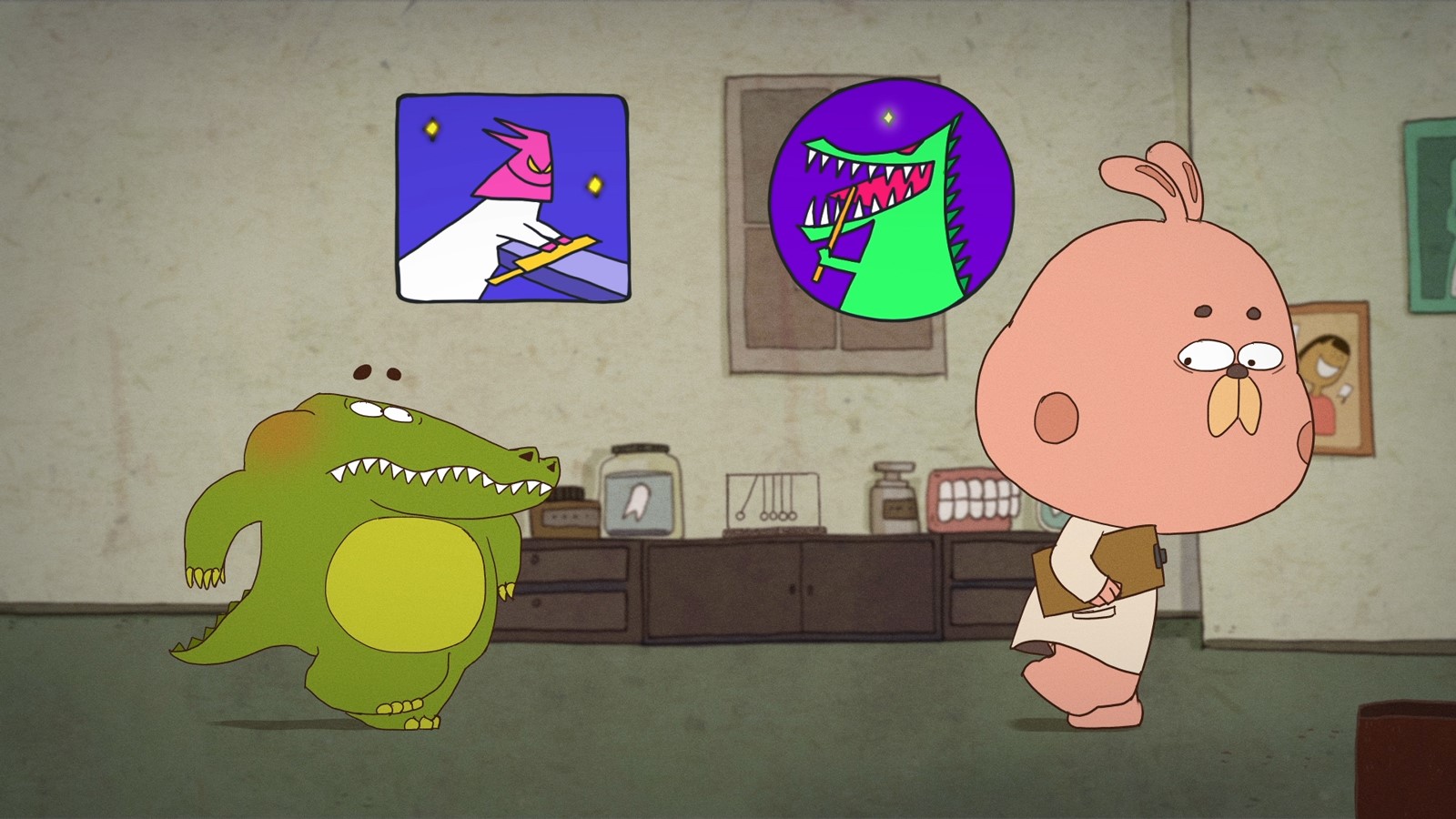 Two adventurous lemurs navigate their dirigibles halfway around the world to a place where happenstance and fate threaten to disrupt their reunion.

Terrified that his mother isn't getting enough mental stimulation to stave off dementia, Sam sets out to find her the a new best friend.

During the summer after 10th grade, Mike's love of Coca-Cola turns into an addiction.

A crocodile fears the procedure to remove his tooth but the dentist is just as afraid of the crocodile's mouth.

The doorbell rings but the house is still a dreadful mess.

A group of teenagers discuss the rules of engagement before a fight; a young woman then steps up to broker peace.

The Lives of Lenny Wilson

After a casting call Boris runs into his old flame, Julia. Together they must own up to the past they'd tried so hard to run away from.

Wes Hurley's story of coming out/to America, told by him and his mom.

We the Economy: That Film About Money

You think that a dollar bill is money and that banks are where your cash is stored and safeguarded. Well, you're wrong. Like, really wrong.

We the Economy: The Second Part of That Film About Money

You think that banks are where your cash is stored and safeguarded and that a dollar bill is money. Well, you're wrong. Like, really wrong.

Meet the passionate teen innovators from around the globe who are dedicated to crafting cutting-edge solutions to the world's environmental threats.

Dirtbag: The Legend of Fred Beckey

Fred Beckey is a gruff 94-year-old Northwest native and happens to be the quintessential "dirtbag"-a breed of rebellious, fearless mountain climbers.

Adapted from Jonathan Swift's novel, Gulliver's Travels was the second animated feature film ever produced and is a classic of Golden Age Hollywood.

A volcano has blocked air traffic so uncle Jean and Vincent share the same roof with little Thelma until her parents return from oberseas.

Desperate to escape Lebanon Lillo buys himself a Syrian passport, but what he's not ready for is everything that comes with being a Syrian refugee.

Using his innovative spirit, young Samuel embarks on several moneymaking ventures in order to purchase new shoes so he may return to the classroom.

On Tristan da Cunha-a small island in the middle of the Atlantic-Nick & Anne have been inseperable since birth; then Anne decides to go to England.

When retiree Don declares he no longer wants the new spa he's just ordered, Ivan the deliveryman suspects there's more to the story.

On her first day at a new school, a self-conscious young girl learns that friendship can overcome difference.

A nostalgic and epic flight across the deserts, mountains and cities of America during the 1980's.

Adam and Lissa James take a new approach to farming oysters on the tide flats of the Hama Hama River.

We the Economy: This Won't Hurt a Bit

A patient goes to the hospital for a migraine, unaware of the costs his visit will incur. He soon finds out what it means to get unaffordable care.

We the Economy: Fed Head

When Rob Rafaelson awakes with amnesia right before a big press conference, he must be reminded of what the Federal Reserve is using children's toys.

13-year-old Sadie, the troubled daughter of a soldier serving overseas, resorts to extreme measures when her mother begins dating another man.

In Ida Lupino's classic crime thriller, two buddies on a fishing trip are hijacked by a nomadic killer-the only American noir directed by a woman.

William Powell stars as Godfrey, a "forgotten man" plucked out of poverty by Irene Bullock (Carole Lombard) who hires him to be family's butler, in this classic screwball comedy.