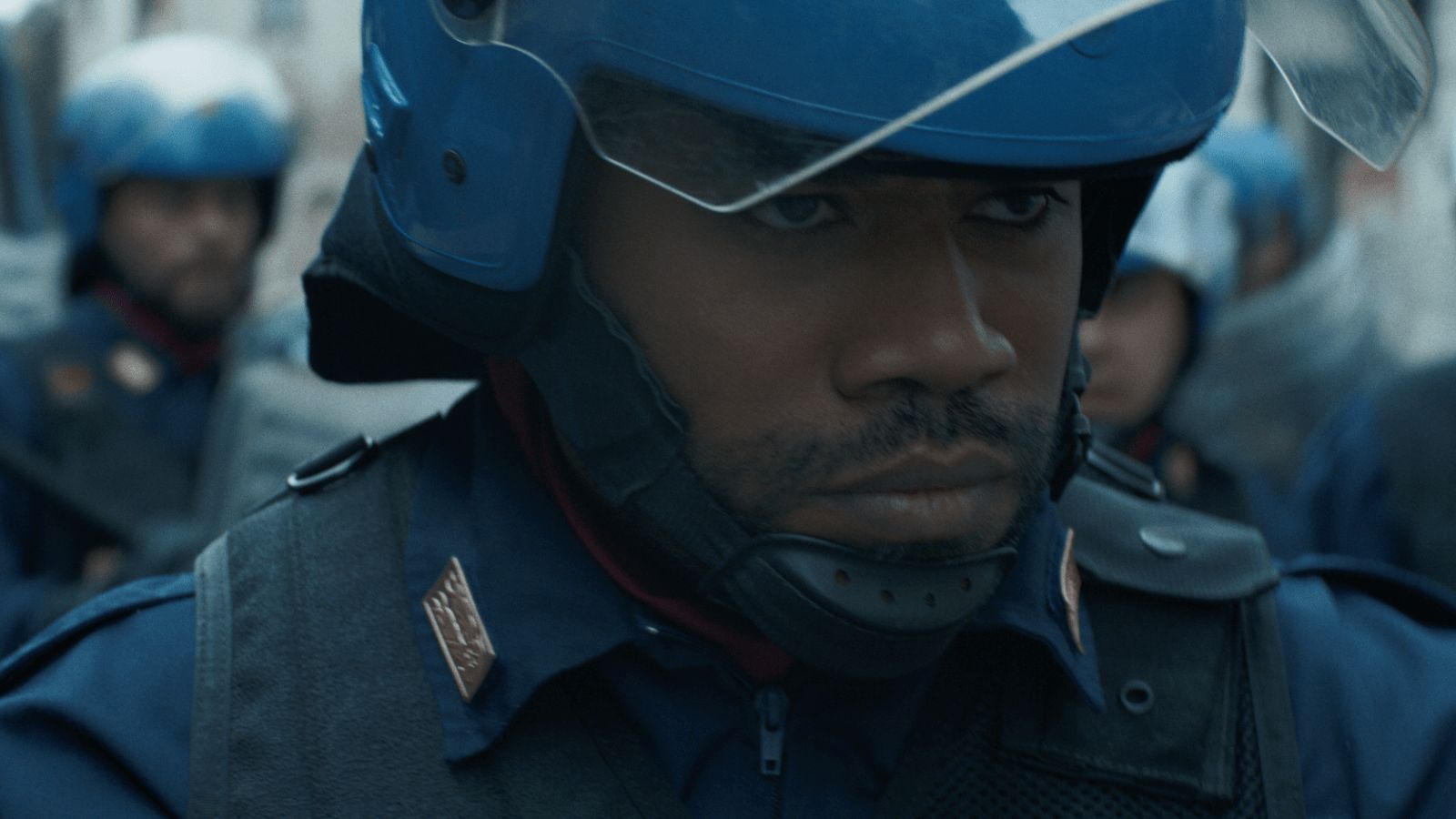 Daniel, the only African Italian officer in Rome's riot police division, is asked to evict families from an apartment building they are squatting in; one of those families is his own.

Hleb Papou’s feature debut (based on his own 2017 short film) follows Daniel (Germano Gentile), the lone Afro-Italian member of Rome’s riot-police division. On the face of it, Daniel’s life isn’t so bad: he is doted on by his beautiful, pregnant wife and respected by his colleagues. But this tenuous serenity is thrown into question when his unit is tasked with clearing out a tenement building, which contains the childhood home in which his family is still squatting, bringing him into sharp conflict with his more idealistic younger brother. Papou movingly renders Daniel’s inner turmoil as a symptom of the country’s broader attitudes toward immigrants, yielding a political parable as forceful as it is emotionally complex.