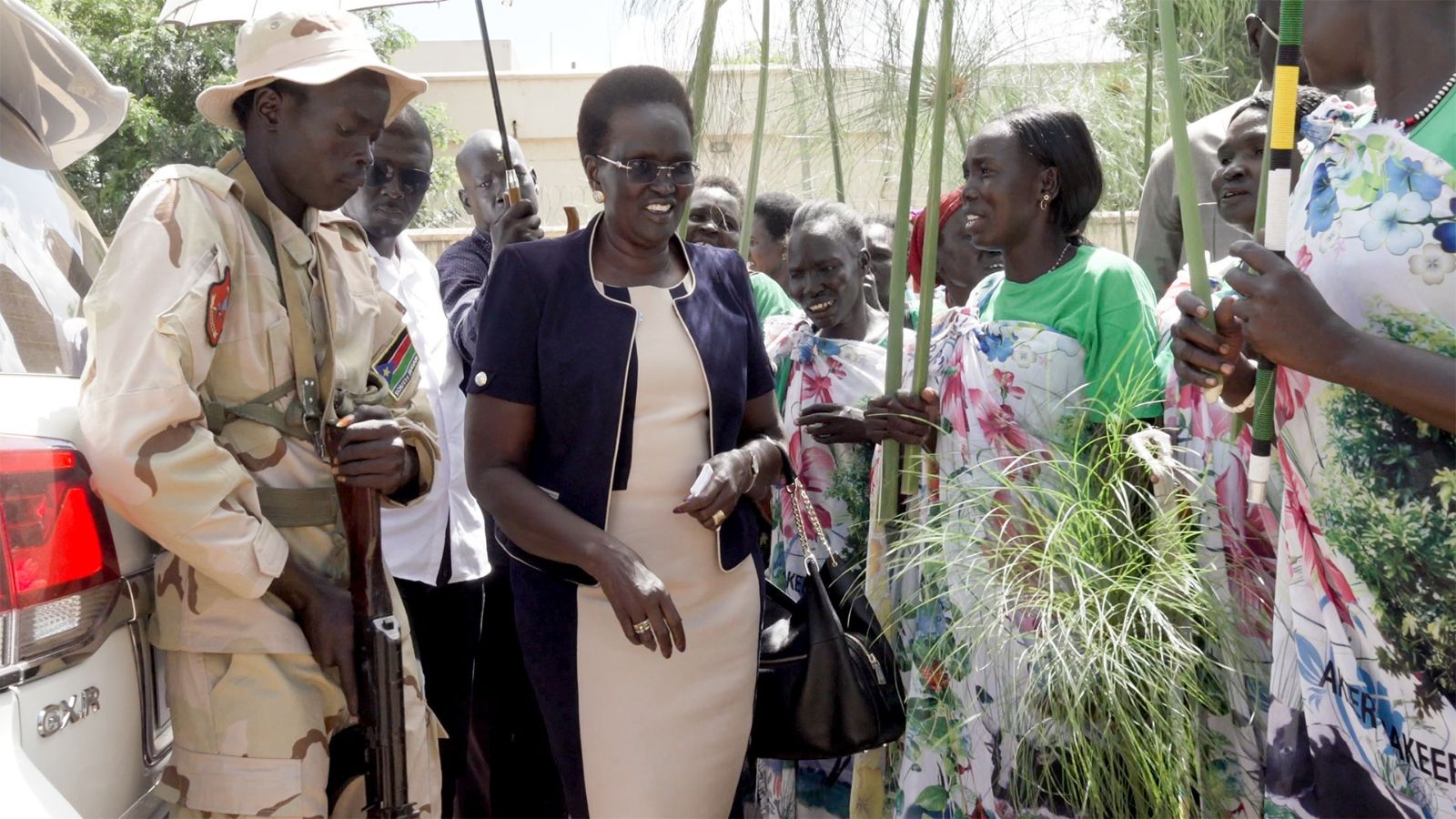 Born and raised in exile, a daughter returns home to South Sudan to document her mother’s path to becoming vice president and leading the country towards a peaceful future.

Director Akuol de Mabior was just 16 when her father, John Garang de Mabior, was killed in a helicopter crash—just three weeks after his inauguration as South Sudan’s vice president. Her mother, Rebecca Nyandeng de Mabior, has become known as the "mother of the nation" for her continued commitment to their cause. After years of exile, Rebecca Nyandeng decides to return to her homeland, where she is preparing to join the government, and hopes that her daughters will join her. Akuol also returns to explore what it means to call herself South Sudanese after a lifetime away, but plagued by fear and doubt, she decides to follow her mother and sister from behind the camera to explore what her role might be. In doing so, she provides a rare look at both the political tensions and fragility of a new country, and at the strong women who will lead it.