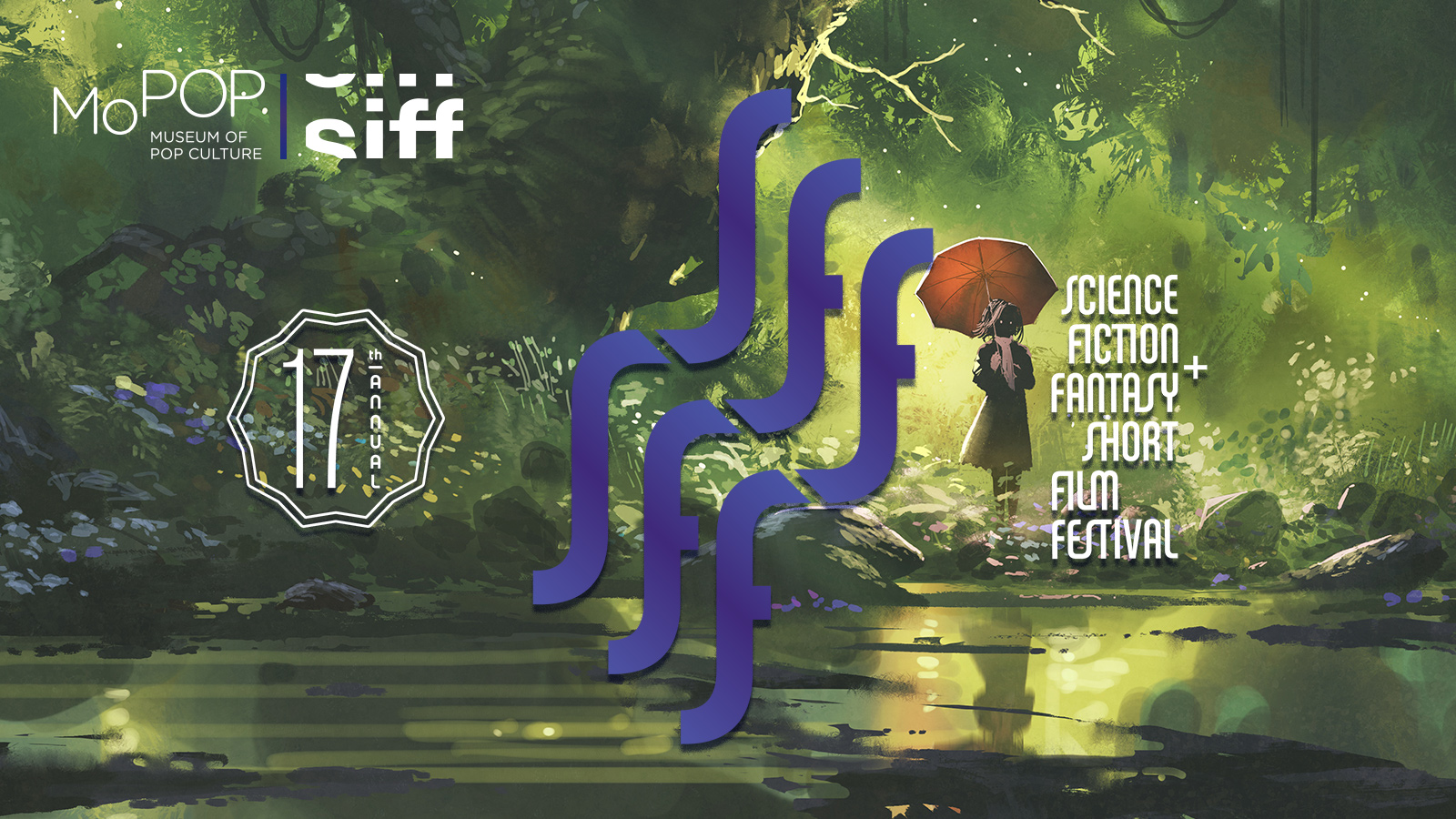 Science Fiction + Fantasy Short Film Festival (SFFSFF) is an annual film festival hosted by the Museum of Pop Culture (MoPOP) and SIFF to celebrate new and innovative additions to the science fiction and fantasy cinematic arts. Now in its 17th year, SFFSFF screens animated and live-action science fiction and fantasy films from around the world, which are then judged by nationally recognized film critics.

This wildly popular festival has sold out for the last ten years in a row, packing the house with enthusiastic fans from the region’s sci-fi, fantasy, and film communities. Last year we hosted our first-ever digital showcase, inviting fans from all over the world to view the latest and greatest in genre film. Films from SFFSFF have also received international distribution and sparked the interest of a vast network of film fans—even receiving Academy Awards nominations, museum exhibition features, and more.

SFFSFF is now collecting submissions for the 2022 film festival. All films entering the festival must have been completed no earlier than January 2017 and should be no longer than 15 minutes in length.* Films will be accepted from July 21–December 23.

*Films that exceed 15 minutes may still be considered for the festival, but will not be eligible for awards.

We'll be offering a ‘pay-what-you-can' submission fee model for all BIPOC identifying filmmakers through waiver codes. If you would like a waiver code (FilmFreeway does not have a sliding scale option) please email KasiG@MoPOP.org and we'll be happy to provide you with a waiver for a percentage off the entry fee. Waivers are currently only available to BIPOC submitters (Black and/or Indigenous People of Color as well as all filmmakers who identify as People of Color). This submission policy is to challenge the lack of access to filmmaking and institutional film culture for people from the most marginalized and exploited backgrounds.

Are you a young filmmaker itching to get your work watched? Submit to SFFSFF Youth Track! Filmmakers 24 and under are encouraged to submit their science fiction and fantasy short films. The top films will be screened in a SFFSFF Youth Track virtual showcase, and the winner, chosen by our esteemed Youth Advisory Board, will have their film screened in the non-Youth Track festival where they’ll participate in a Q+A session, rub elbows with industry professionals, and receive a free masterclass of their choosing.