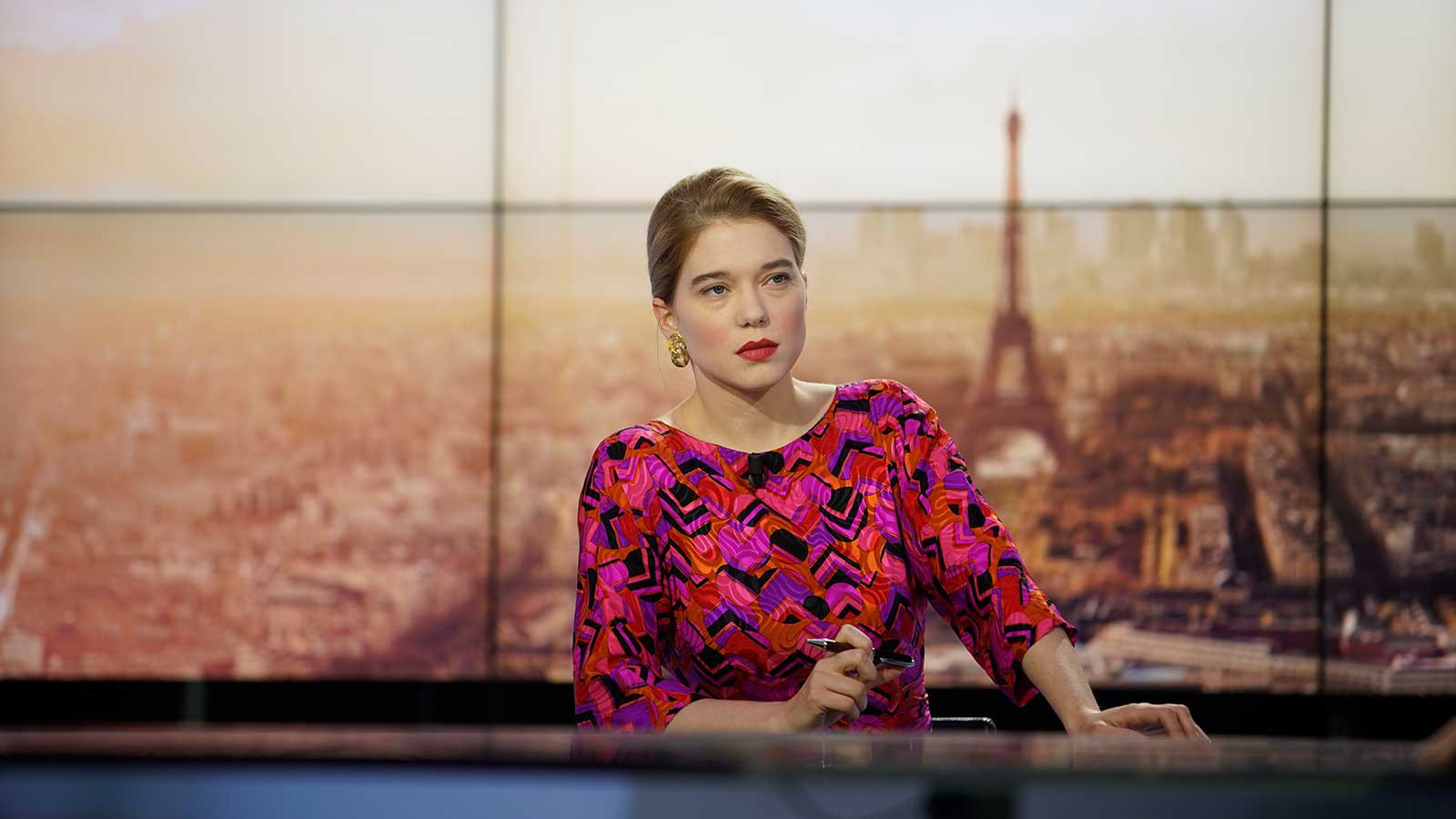 A celebrity journalist (Léa Seydoux), juggling her busy career and personal life, has her life overturned by a freak car accident.

Léa Seydoux brilliantly holds the center of Bruno Dumont’s unexpected, unsettling new film, which starts out as a satire of the contemporary news media before steadily spiraling out into something richer and darker. Never one to shy away from provoking his viewers, Dumont (The Life of Jesu) casts Seydoux as France de Meurs, a seemingly unflappable superstar TV journalist whose career, homelife, and psychological stability are shaken after she carelessly drives into a young delivery man on a busy Paris street. This accident triggers a series of self-reckonings, as well as a strange romance that proves impossible to shake. A film that teases at redemption while refusing to grant absolution, France is tragicomic and deliciously ambivalent—a very 21st-century treatment of the difficulty of maintaining identity in a corrosive culture.

“A gripping character study… Léa Seydoux easily blends the magnetic presence of a genuine star and the deeply felt interiority of a true actor… France may be her richest performance yet.”—Los Angeles Times