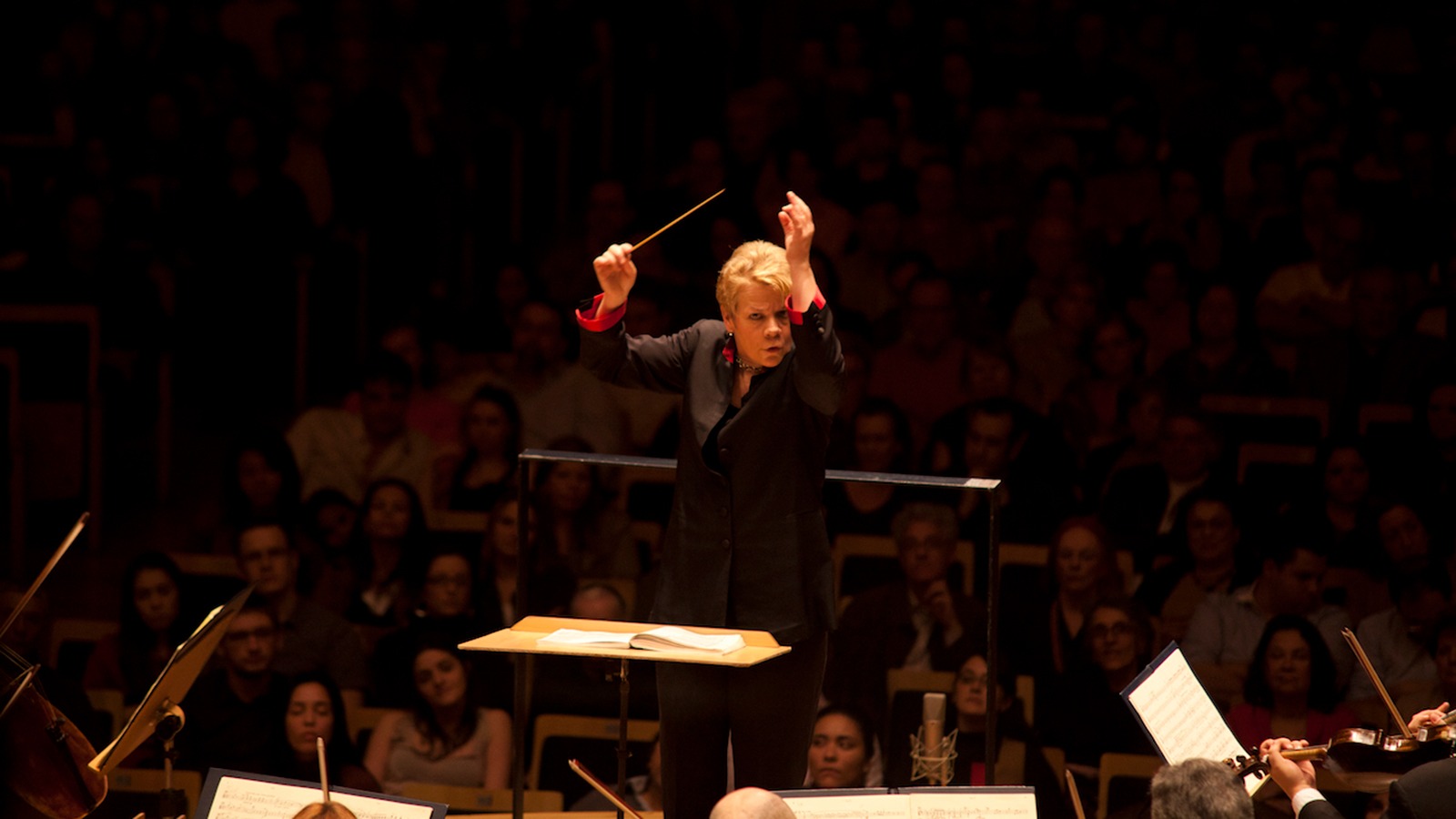 Born into a musical family in New York, Marin Alsop set her sights on becoming a conductor at just nine years old while accompanying her father to one of Leonard Bernstein’s Young People’s concerts. Her journey to professional success was neither easy nor straightforward, however at a time when, according to NYT reporter Michael Cooper, “it was easier for a female to become a leader of a G5 nation or a Five Star General than to become a conductor of a major symphony.” Despite being told “girls can’t do that” and being repeatedly rejected by the establishment of classical music,” Marin Alsop persisted and never let go of her dream of becoming a conductor. And now, as she says, “Look at me, I’m doing it!”