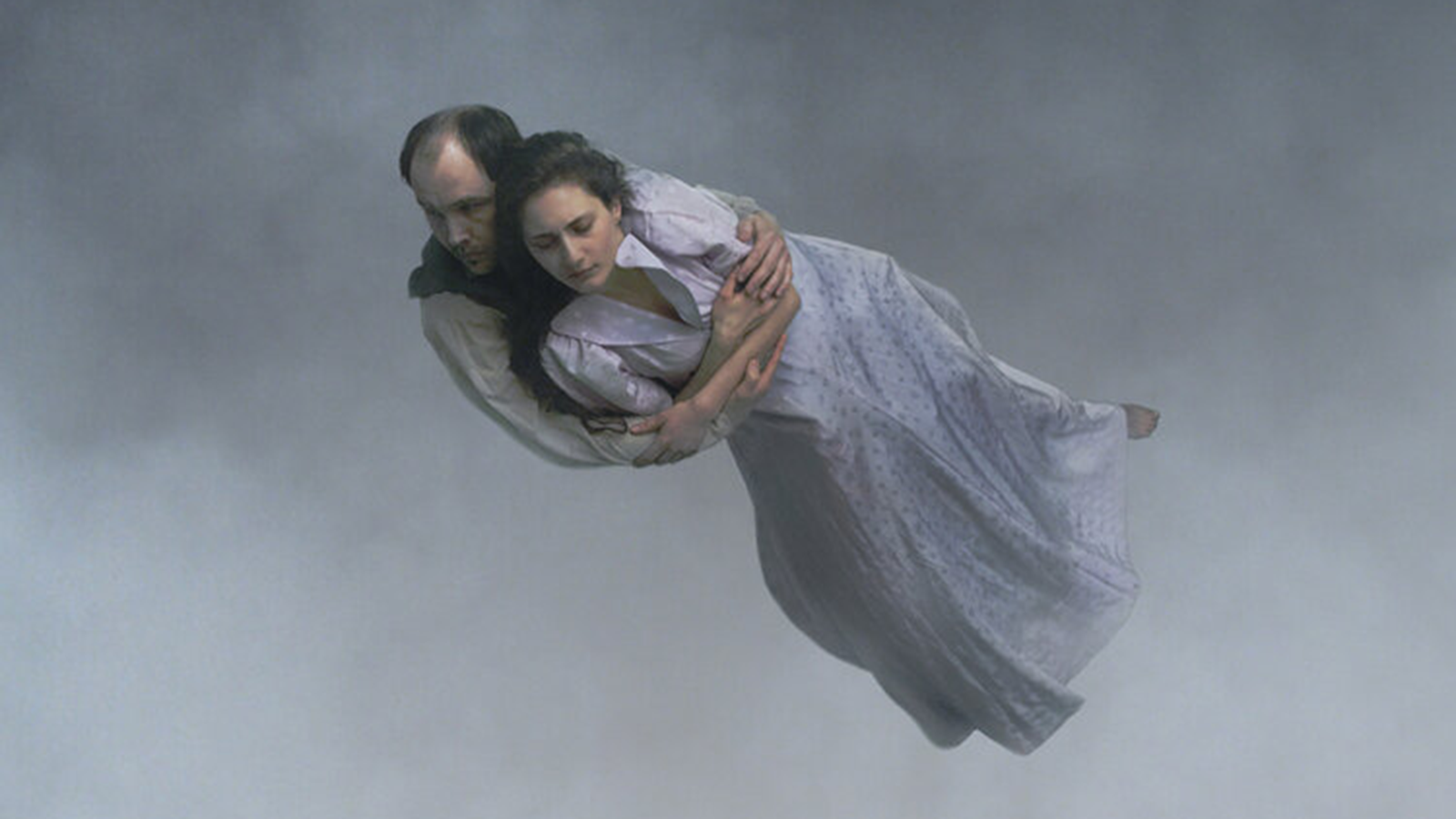 Famed Swedish director Roy Andersson won Best Director at the Venice Film Festival for this series of uproarious and existential vignettes about the futility, vulnerability, and hilarity of life.

Roy Andersson’s absurdist, brooding, black comedy wants to understand what, if anything, is beyond human suffering. The film is presented through a series of seemingly unrelated vignettes that equate existential dread with the oppressive mundanity of everyday existence. It is narrated by a woman who begins each vignette with the phrase “I saw…” with an elegiac tone to imply that she is viewing each scene from a distant place beyond human understanding. A character who reappears throughout the film is a middle-aged priest who is experiencing a crisis of faith. He seeks counsel from a disinterested therapist instead of turning to God, and has a vivid recurring nightmare where he is flogged by angry townspeople as he roams the streets in modern clothes while carrying a heavy wooden cross on his back. Another scene simply depicts a father stooping down in the pouring rain to tie his daughter’s shoes. Each of these scenarios are of equal importance, as if to say that those who concern themselves with questions about eternity are no more noble than those who are rooted in everyday banal experiences.

“A MASTERPIECE. Utterly unique. A mesmerizing odyssey to the heart of existence.”—Peter Bradshaw, The Guardian

“Give Roy Andersson 76 minutes, and he’ll give you the universe.”—David Ehrlich, IndieWire