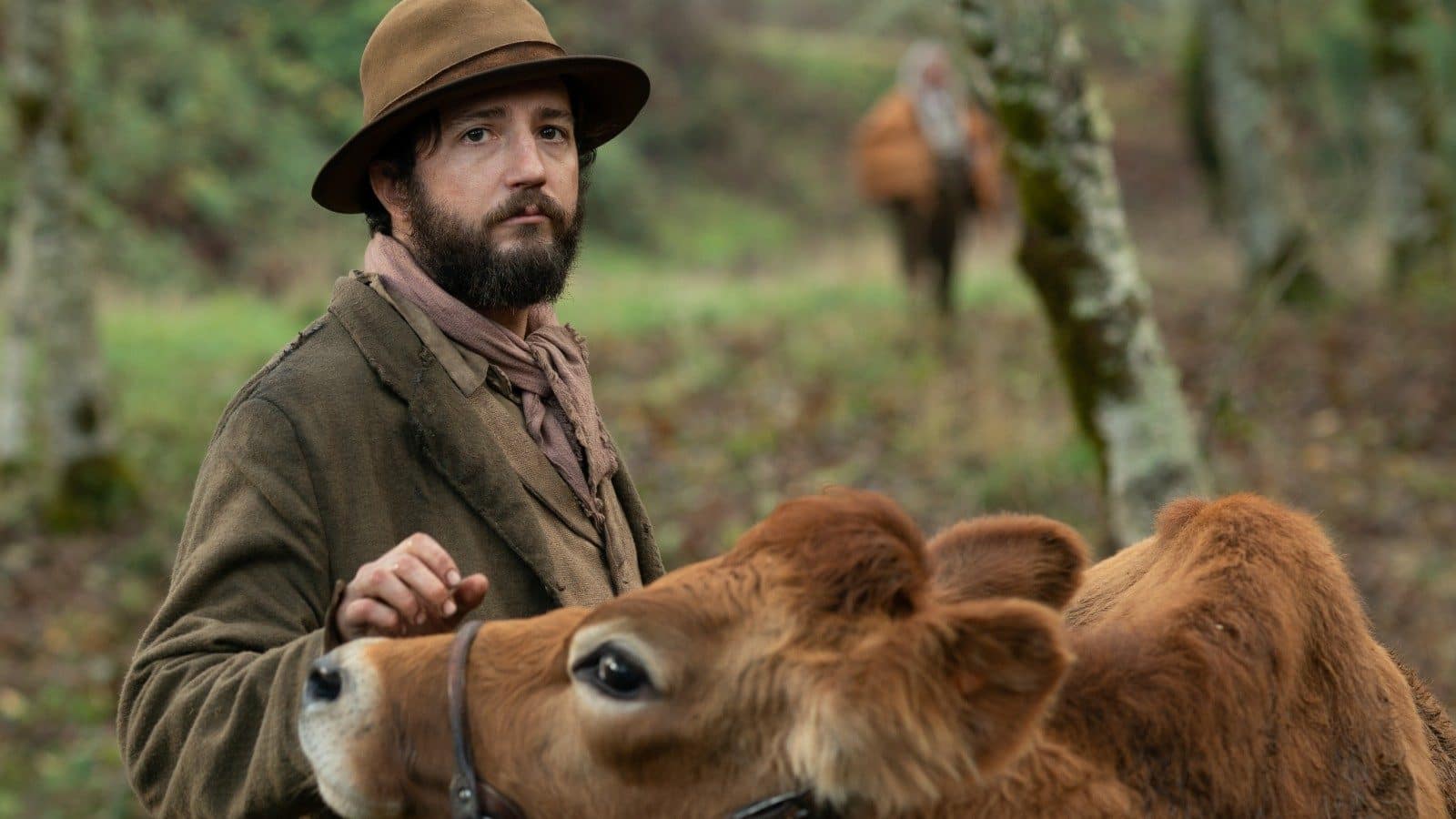 Kelly Reichardt once again trains her perceptive and patient eye on the Pacific Northwest, this time evoking an authentically hardscrabble early nineteenth century way of life.

A24 is making First Cow available to us one day early, before its VOD release. This rental (available starting 7pm on July 9) includes a pre-taped Q&A with director Kelly Reichardt. As a thank-you to our SIFF community, use code FC2020 for a $5 discount!

A taciturn loner and skilled cook (John Magaro) has traveled west and joined a group of fur trappers in Oregon Territory, though he only finds true connection with a Chinese immigrant (Orion Lee) also seeking his fortune; soon the two collaborate on a successful business, although its longevity is reliant upon the clandestine participation of a nearby wealthy landowner's prized milking cow. From this simple premise Reichardt constructs an interrogation of foundational Americana that recalls her earlier triumph Old Joy in its sensitive depiction of male friendship, yet is driven by a mounting suspense all its own. Reichardt again shows her distinct talent for depicting the peculiar rhythms of daily living and ability to capture the immense, unsettling quietude of rural America.

"Perfectly made, perfectly acted and ultimately moving—a melancholy memory in miniature, a Daguerreotype of a distant time that may be more like our own than we know."—Stephen Whitty, Screen International