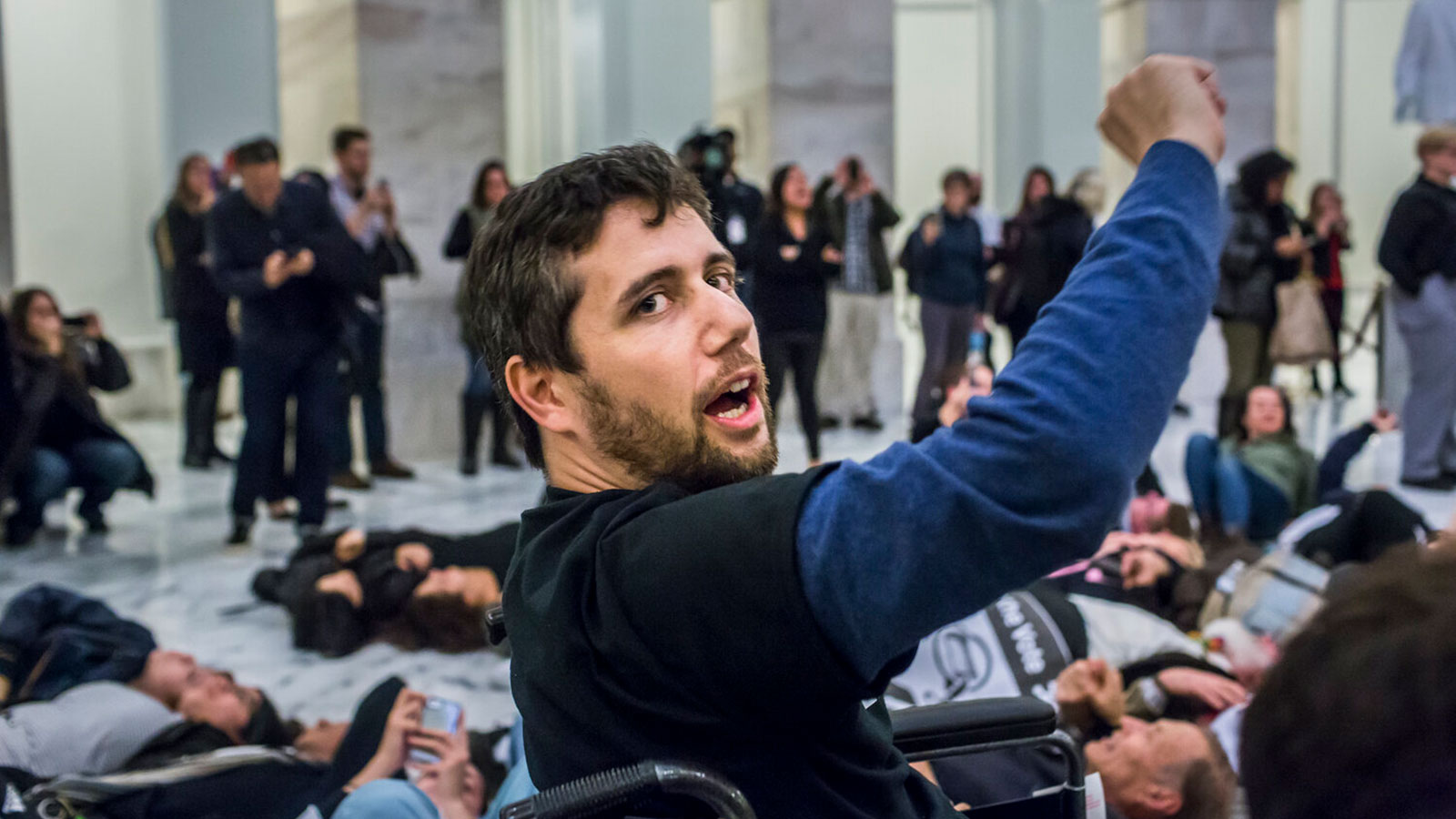 When 32-year-old activist and father Ady Barkan chances to meet a powerful senator on an airplane, their filmed exchange goes viral and sparks one of the most powerful political movements in a generation.

A rising star in progressive politics and a new father, 32-year-old Ady Barkan’s life is upended when he is diagnosed with ALS. But after a confrontation with powerful Senator Jeff Flake on an airplane goes viral, catapulting him to national fame, Ady and a motley crew of activists ignite a once-in-a-generation political movement called “Be a Hero.” Together, they barnstorm across the country and empower people to confront their elected officials with emotional, personal stories to demand healthcare justice, and Ady holds groundbreaking interviews with Joe Biden, Kamala Harris, Bernie Sanders, and Elizabeth Warren. Through his journey, Ady discovers that collective action and speaking truth to power offers hope for his family and millions of others.

Continuing today to motivate others to use the time they are given and speak truth to power, Barkan continues to fight for a more just world for his son to inherit. He was featured as one of TIME’s top 100 Most influential people of 2020 and has most recently been credited with pressuring President Biden to make the recent decision to waive the COVID-19 vaccine patent. Barkan is referred to as “The Most Powerful Activist in America” because when he speaks, people listen.

“A visceral ode to the nature of activism under dire circumstances...Not Going Quietly is an essential guide to having an impact.”—IndieWire