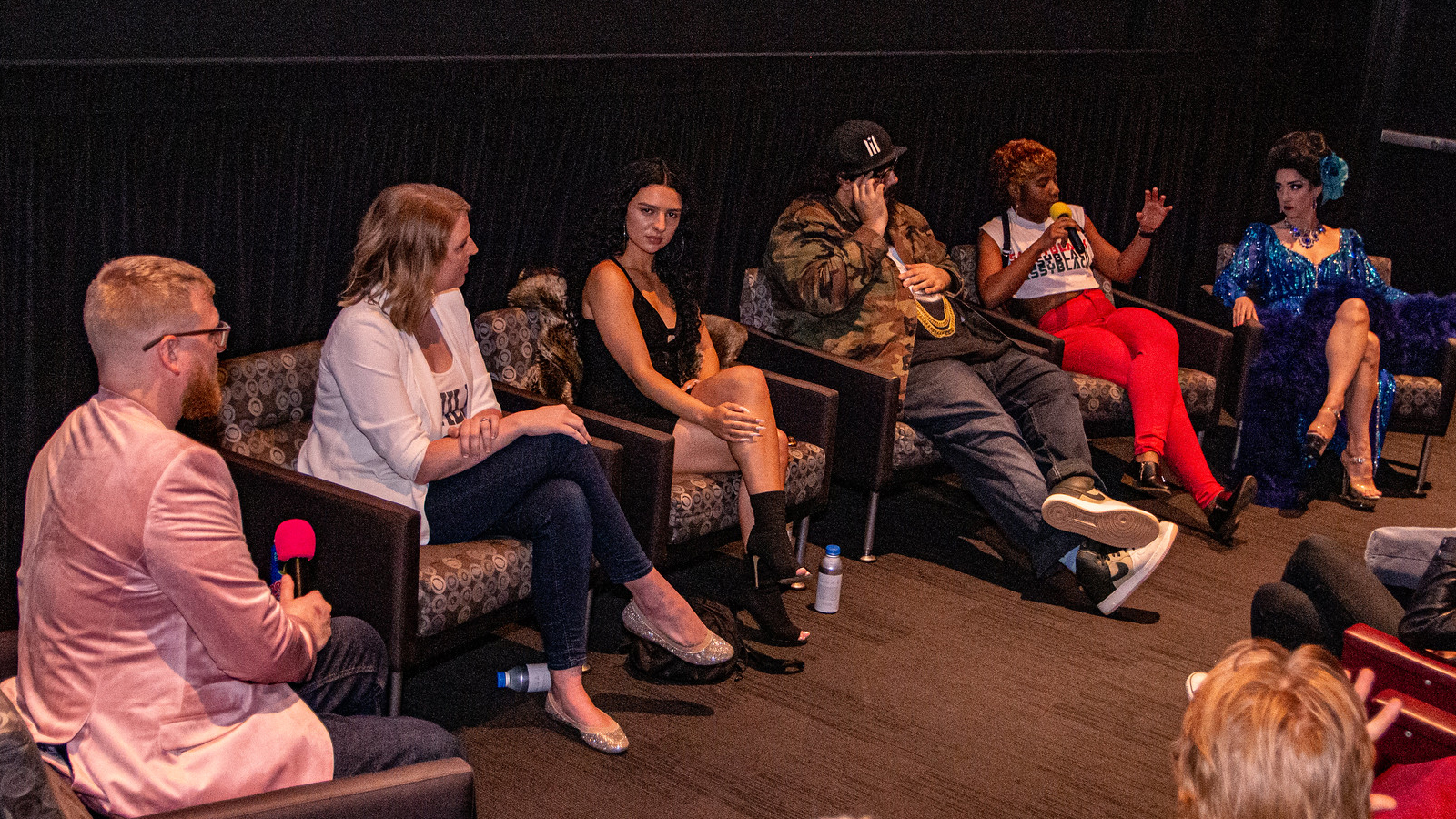 At a time of unprecedented global upheaval, we see our worlds in a constant state of flux. Everything that has been planned is now uncertain. Uncertainty seems to be the new normal. COVID-19 has shaken the safety of in-person interactions. The Black Lives Matter movement has extended beyond the borders of the US into other countries and cultures reminding us, with considerable urgency, that black voices, black bodies, and black stories are also important; they matter.

Within these contexts how do filmmakers today center safety and black experiences when producing content for the big screen and small screen? How do we consider and prioritize diverse voices across the entire production process from finance to final cut, and from script to screen. The film is ready to head into production—how do we do that safely? And if we do start, can we guarantee we will finish? The film is in post-production—how do we maximize workflow and feedback? These questions loom large in the minds of film producers, and are what Ben M.F. Rapson will be asking our panel of producers (Nike Imoru, Mischa Jakupcak, and Nicole Pouchet) to consider today.

Register using the form below. Shortly before the event, you will receive an email from boxoffice@siff.net with the Zoom meeting ID and password.

Nike Imoru
Nike Imoru is a British casting director, producer, actress of stage and screen, and actor's coach. After 25 years as a professor and published scholar of theatre and history, she went into film. (Her first role was opposite Samuel L Jackson in Home of the Brave.) She is best known in the NW for casting 5 seasons of Sy Fy's "Z Nation," and casting over 20 feature films for North by Northwest Productions. She is the president and co-founder (along with Rebecca Petriello) of Rebel Kat Productions, a film finance company. Rebel Kat's debut movie All Those Small Things starring James Faulkner (Downtown Abbey and Game of Thrones) is currently in post-production  Ms. Imoru is a member of the Casting Society of America. She gained her PhD from the University of Warwick UK. Nike Imoru's Website.

Mischa Jakupcak
Mischa Jakupcak champions original and authentic stories in film, television and virtual reality. Originally from Missoula, Montana, she earned a BA from the University of Arizona in Creative Writing and a MA in Filmmaking from the London Film School.  She has worked on over thirty-five feature films and nine VR pieces. Her work has premiered at Sundance, SXSW, the Cartoon Network/Adult Swim, TIFF, SIFF and AFI.  Some of the projects she's produced include The Off Hours, Little Potato, MOPZ and The Immortal Augustus Gladstone. This year she was a producer on East of the Mountains and has recently completed principle photography on the feature version of Potato Dreams of America. She's also a producer on the feature Finding Bapu. Mischa writes and directs her own work as well.

Nicole Pouchet (she/her)
A former Broadway assistant director, Nicole Pouchet is a novelist and writer/director for Zombie Orpheus Entertainment's award-winning fantasy TV series, "Strowlers." Her horror/social thriller short, Retch, premiered at the Seattle International Film Festival in 2019 and has shown on DirecTV, Amazon, and PBS. Nicole continues to write/direct projects that incorporate social commentary into genre film. She is a Board Member for the Northwest Screenwriters Guild and a guest lecturer for the University of Virginia, SIFF, and Women in Film.  Nicole Pouchet's Website.

Ben M.F. Rapson (moderator)
Ben M.F. Rapson is a film lover first, a filmmaker second, and a filmmaker lover whenever the occasion calls for it. He created Producers Symposium out of a desire for a panel series that educates and entertains in equal measure, amplifies a diverse range of voices, and unites Seattle's amazing filmmaking organizations. He also needed an excuse to wear his pink velvet blazer. When not interviewing movie people, he runs the social media for King Arthur Flour.

SIFF, Northwest Film Forum, Seattle Film Summit, Women in Film Seattle, LANGSTON, and Thin Pig Media present Producers Symposium, a new panel series centered around film marketing and distribution. Producers Symposium is a lively mix between professional panel discussion and jaunty networking soiree. Each Producers Symposium will bring together a sparky and savvy group of film professionals, as we share honest stories and emerging strategies about getting our movies seen, bought, and distributed. This new ongoing conversation is inclusive, progressive, and open to anyone who dares call themselves a producer.