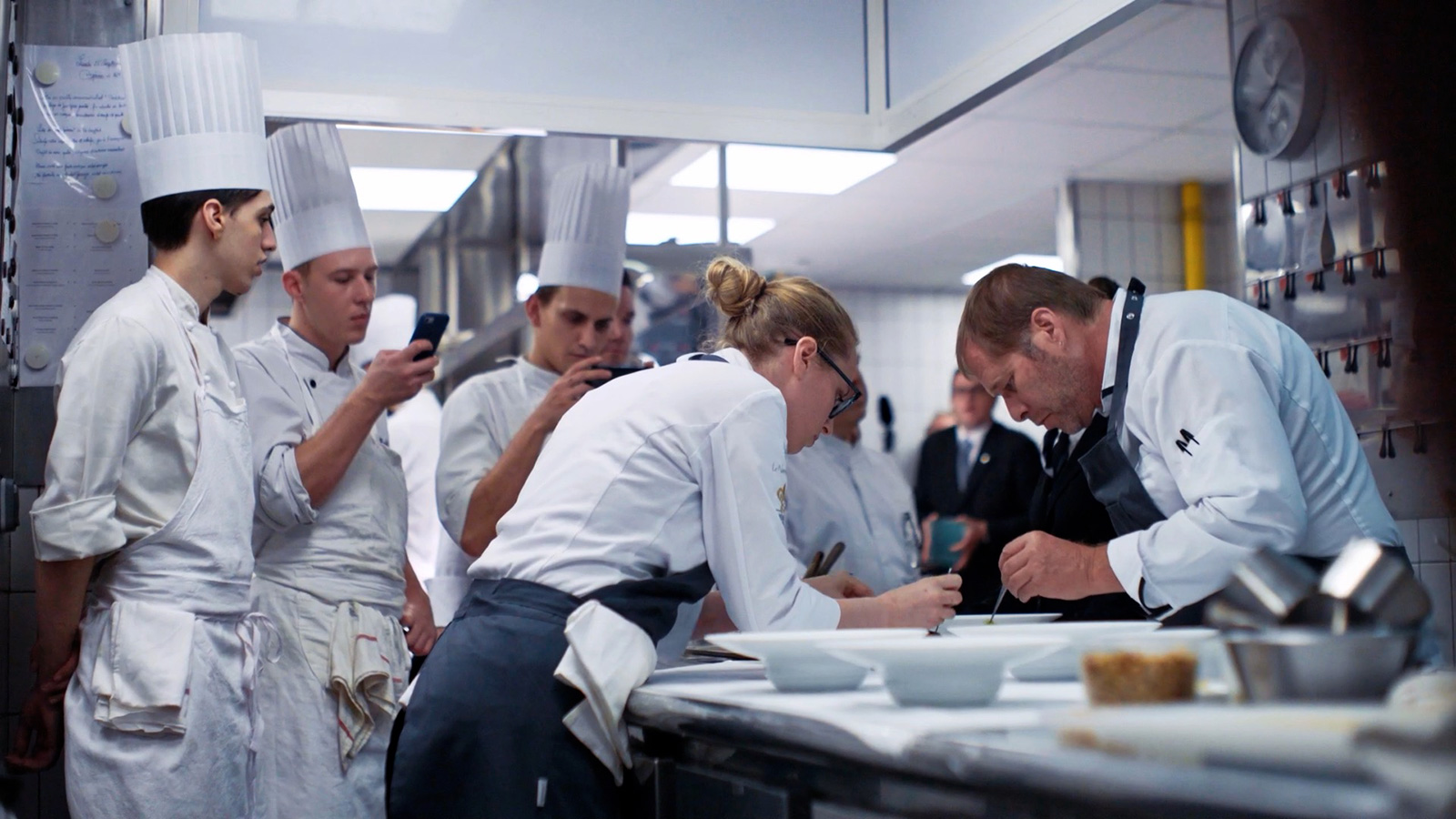 Follow celebrated American Chef David Kinch and his team from 3 Star Michelin restaurant Manresa, as they attempt to stage nine major meals over 10 days in the world’s most cinematic venues, alongside culinary superstar French chefs at their iconic restaurants in Paris, Provence, and Marseille.

To mark the 15th anniversary of Manresa, Kinch decides to close shop for a month so he and his staff can embark on their France voyage. Planning the trip takes months; to represent the refined Californian cuisine of Manresa, the team must bring their own seasonings, sauces that take days to make, and lots of abalone. But the logistics are tricky: how to sneak the food on flights; unfamiliar host kitchens; a language barrier and more.

A Chef's Voyage takes us behind the scenes as the Manresa crew attempts to stage nine major meals over 10 days in the world’s most cinematic venues, alongside culinary superstars, with the world watching (and tasting)—all to celebrate 15 years of Manresa excellence by doing what Chef Kinch and his team do best: creating meals and experiences worthy of those three stars.

"This culinary doc basks in sumptuous food shots, takes you behind the scenes into buzzing French kitchens and offers stunning scenes of differing French landscapes. But its true heart rests with the chef and his team who set out on an odyssey—packing underwear and abalone—to discover the love of creating and enjoying culinary creations."—Bryan Alexander, USA Today

Visit us on Letterboxd for a list of films about the culinary experience. Bon appetit!