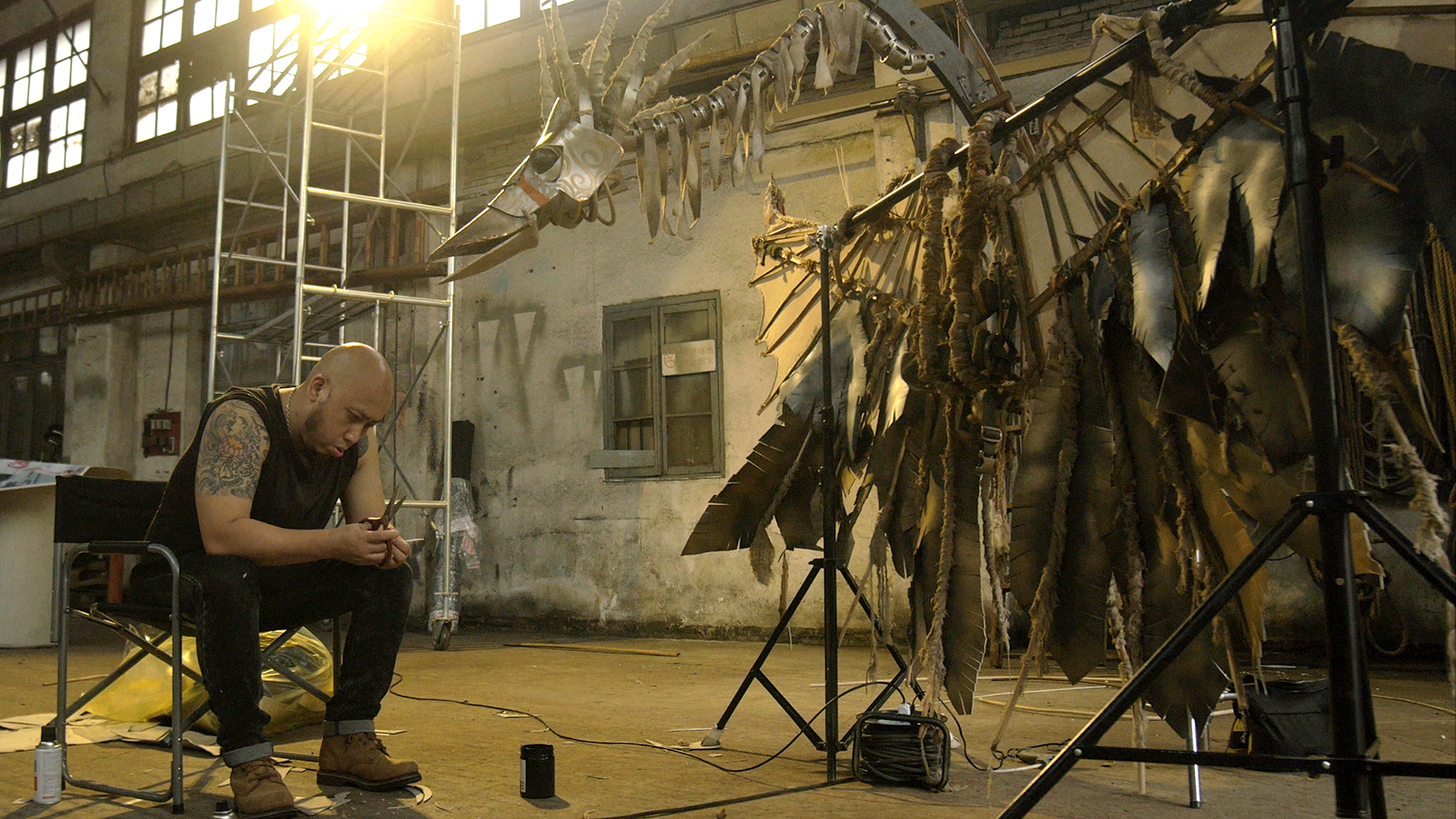 Through a haunting, magical, autobiographical stage performance featuring life-size mechanical puppets, a father and son confront mortality and the circle of life.

Moderated by MSNBC's Richard Lui, join filmmakers Yang Sun & S. Leo Chiang, artist Maleonn, and puppet Makuji, who for a live Q&A and a tour of Maleonn's art studio on September 12 at 5:00pm PT! Come for a sneak peek of Maleonn's upcoming work and a chance to interact with our favorite puppet. Join via Zoom via the link below, or join via Facebook Live @timemachinefilm. No ticket purchase or registration required. Bilingual Mandarin-English translation will be available.

When influential Chinese artist Ma Liang (a.k.a. Maleonn) realizes that his father Ma Ke, an accomplished Peking Opera director, is suffering from Alzheimers disease, he invites his father to collaborate on his most ambitious project to date—a haunting, magical, autobiographical stage performance featuring life-size mechanical puppets called “Papa’s Time Machine.” Through the creation of this play, the two men confront their mortality before time runs out and memories are lost forever.

“A tender and visually striking film about using art to combat the unrelenting difficulties of aging.”—CBS News

“An uplifting celebration of the love between a son and his father...an elegant, focused piece of storytelling”—Screen Daily