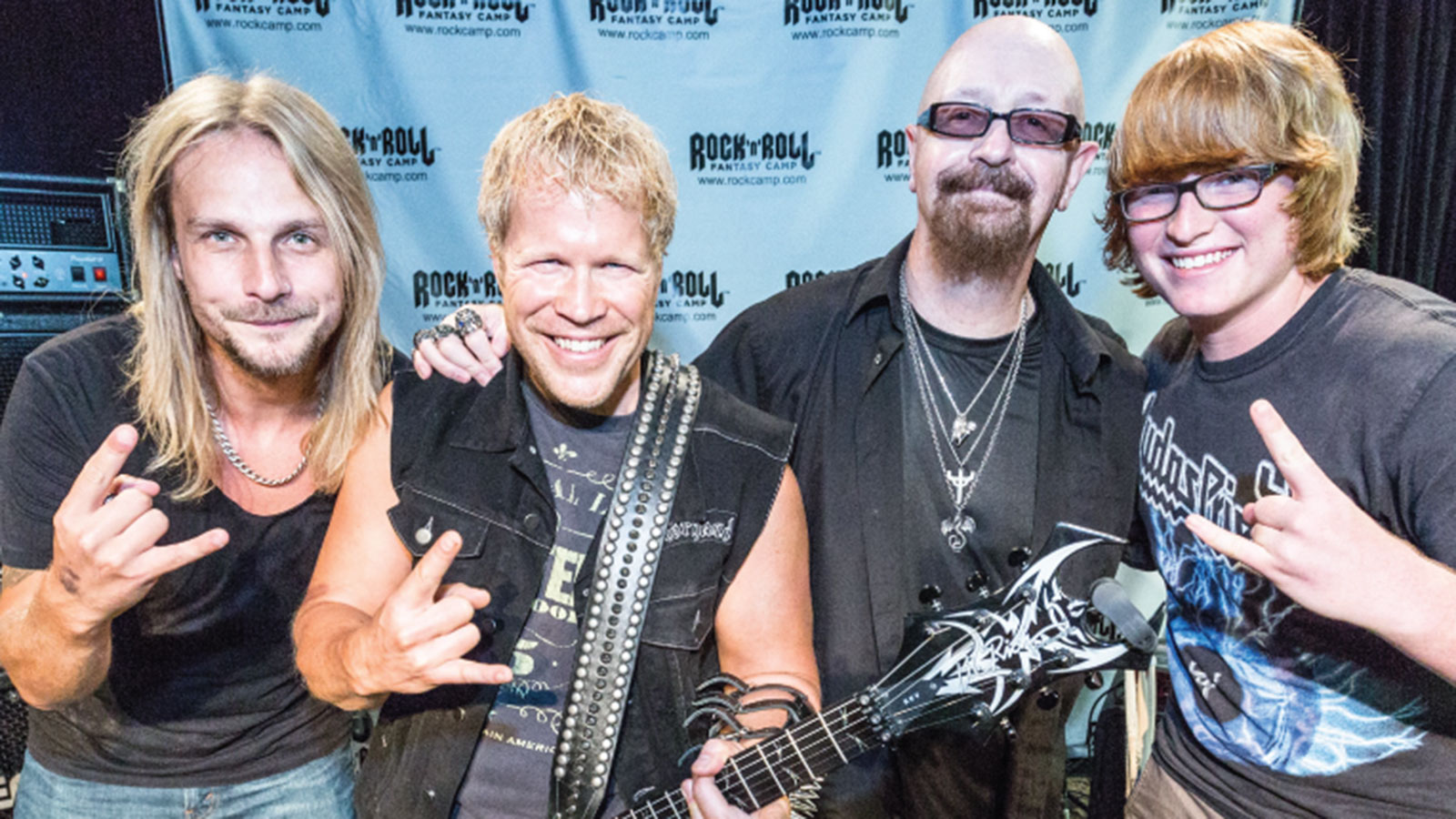 Summer camp meets Spinal Tap in this profile of Rock 'n' Roll Fantasy Camp, where dreamers and would-be rock stars from across America and around the world gather to learn from—and shred with—illustrious camp "counselors" (among them such music legends as Roger Daltrey, Alice Cooper, Gene Simmons, Jeff Beck, and Slash).

Summer camp meets Spinal Tap as we journey to Rock ‘n’ Roll Fantasy Camp, where dreamers from across America and around the world gather to shred with their heroes—and learn to rock like the legends.

Rock Camp is an institution and cultural phenomenon that has been going on in Los Angeles, New York and other cities since 1996. The brainchild of music producer David Fishof, Rock Camp boasts a jaw-dropping array of rock star "counselors" that include Roger Daltrey, Alice Cooper, Paul Stanley and Gene Simmons, Nancy Wilson, Joe Perry, Jeff Beck, Slash and countless other rock legends. The counselors teach, inspire and jam with the campers over the course of four days. Each Rock Camp concludes with all of the counselors and their respective campers, performing together.