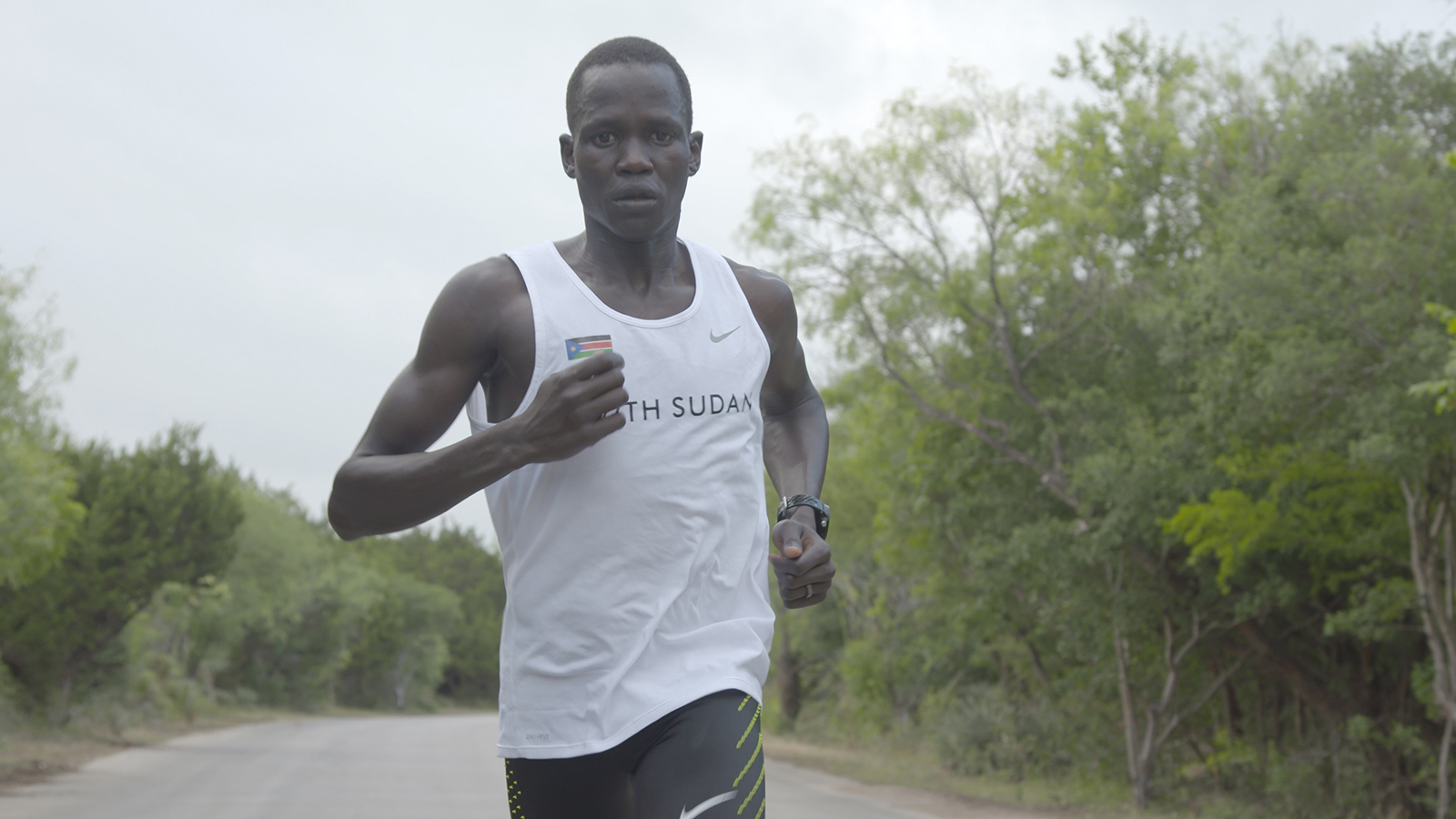 A powerfully inspirational tale of "lost boy" Guor Maker who escaped war-torn Sudan, fled to the US, and became an Olympic athlete.

When he was only eight, Guor Mading Maker (known as Guor Marial) ran from capture in war-torn Sudan to eventually seek safety in the US. In his new life, Maker began running again, participating in high school track and field and eventually becoming a sensation and qualifying for the 2012 Olympics. But because the newly formed South Sudan was not recognized by the International Olympic Committee, Maker had to fight to compete independently, refusing to run for Sudan and taking a stand against its oppression.

Runner depicts Maker's difficult and triumphant journey from refugee to world-renowned athlete, told in intimate interviews with gorgeously animated flashbacks of Guor's upbringing and culminating in a heart-wrenching reunion with his parents after a 20-year separation. His story is a distinctly inspirational one in which the indomitable human spirit emerges against all odds.