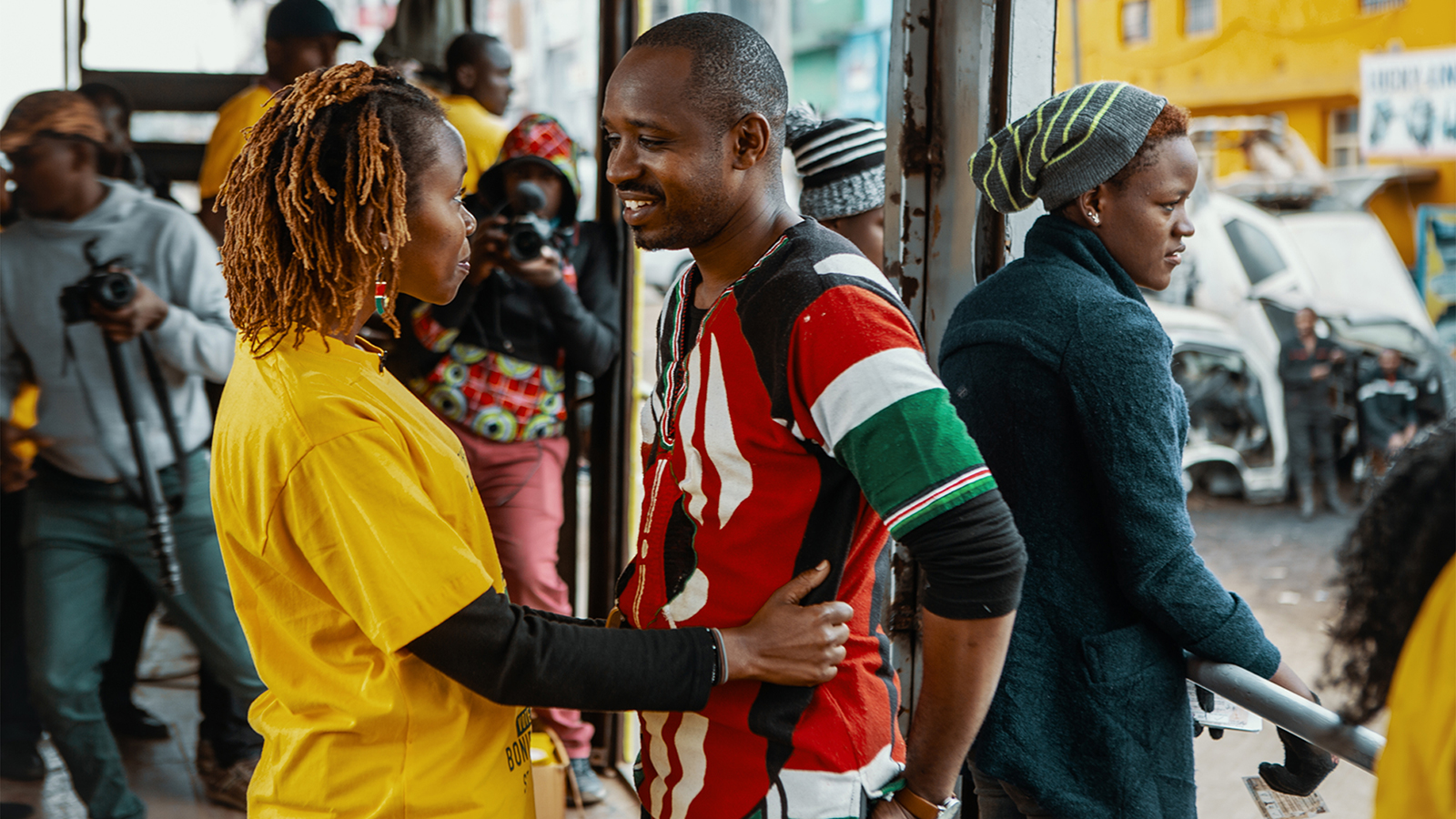 Boniface “Softie” Mwangi, a human-rights activist and one of Kenya’s most provocative photojournalists, decides to run for office. He quickly learns that challenging the establishment puts his family in harm’s way—but is it worth it to save his community?

Boniface “Softie” Mwangi has long fought injustices in his country as a political activist. Now he’s taking the next step by running for office in a regional Kenyan election. From the moment Boniface decides to run, telling his wife, Njeri, in passing with a hesitant laugh, he responds to each challenge with optimism. But running a clean campaign against corrupt opponents becomes increasingly harder to combat with idealism alone. And Boniface soon finds that challenging strong political dynasties is putting his family at risk. Should country really come before family, as he’s always believed?

"A marvel of narrative storytelling..."—Filmmaker Magazine