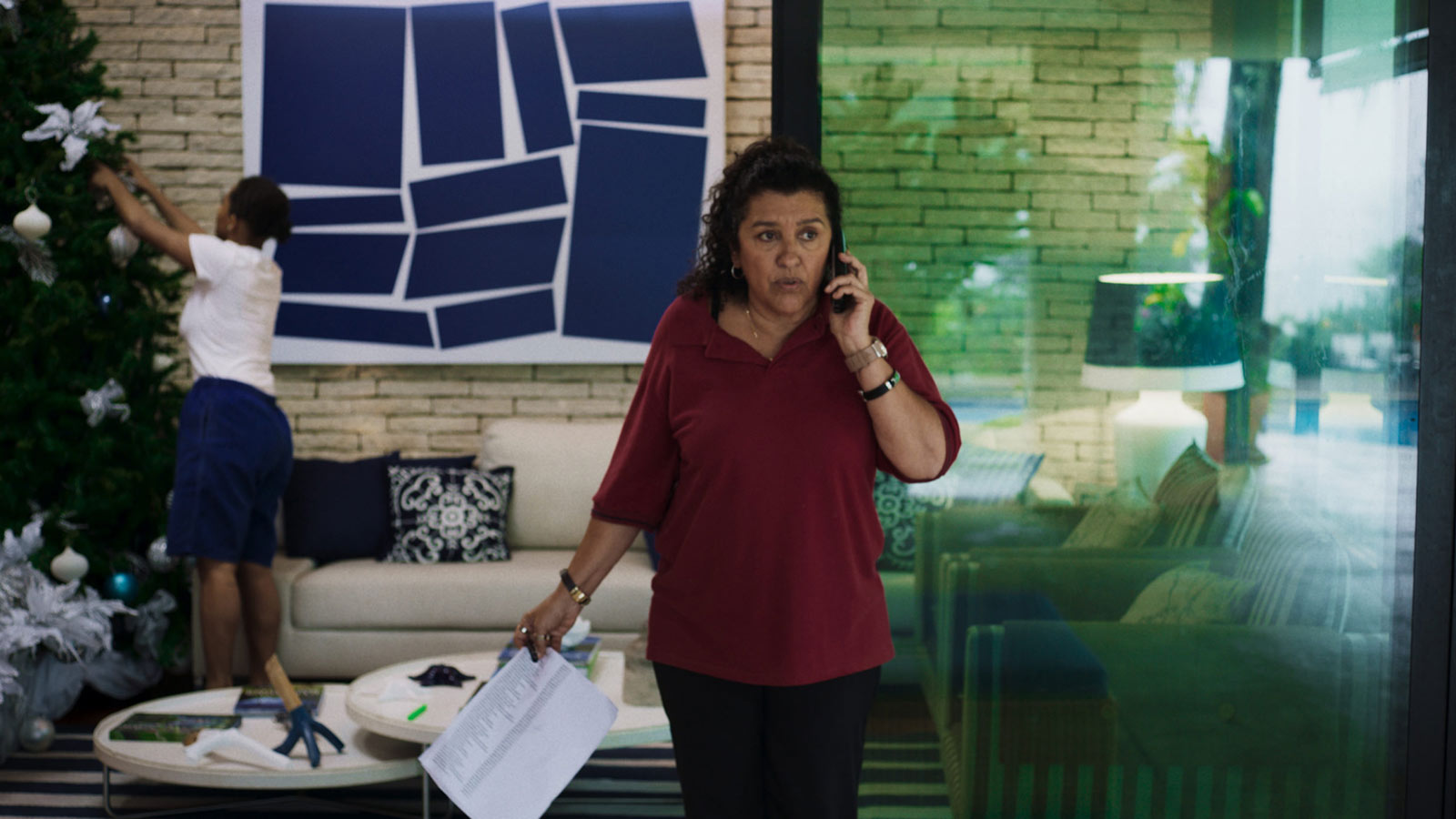 Over a trio of summers, a caretaker for luxury condominiums (Regina Casé) relies on her resourcefulness and her eye for opportunity to take advantage of whatever comes her way, in Sandra Kogut’s (Campo Grande) humorous and inventive episodic feature.

Showcasing the rare talents of Brazilian acting legend Regina Casé—star of The Second Mother— the latest feature from director Sandra Kogut is a brilliant comedy about gross class disparity and the infinite resourcefulness of those who can never take anything for granted.

Casé plays Madá, the fifty-something caretaker for a cluster of luxury beachside condos owned by a wealthy Rio de Janeiro family. Unfolding over the course of three consecutive summers—2015 to 2017—the film follows Madá as she invests in a roadside snack kiosk while tending to the every need of her condescending employers, becomes a bystander in a major money-laundering scandal, and eventually launches a whole new career. With every dizzying new turn of events, Madá manages to retain her high spirits, her sense of loyalty to those who deserve it—and her eagle eye for opportunity.

Written by Kogut and Iana Cossoy Paro, Three Summers is a sort of modern picaresque, its tripartite structure allowing us to track its heroine's roll-with-the-punches pluck while bearing witness to an epoch-defining scandal based on the real-life criminal investigation Operation Car Wash.

Buoyed by masterful comic timing and striking an irresistible balance of naïveté and ceaseless cleverness, Madá is one of the charimatic Casé's most endearing characters, a beacon of tenacious optimism and vivacity in a time when affluent malfeasance seems ubiquitous.