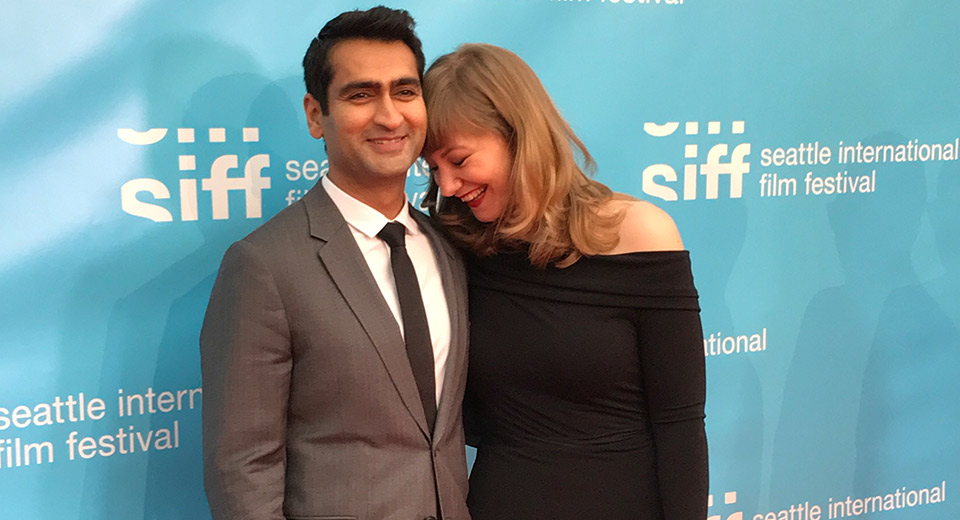 Kumail Nanjiani, Emily V. Gordon, and Michael Showalter talk about working with an acclaimed cast of comedic actors and the challenges of writing an autobiographical script.

SIFFcast host Jeremy sits down with filmmakers Kumail Nanjiani, Emily V. Gordon, and Michael Showalter to talk about the making of their acclaimed new comedy The Big Sick (SIFF 2017 Opening Night Gala Film). They talk about what first drew them to make the film, assembling an all-star comedy cast, and the challenges of writing an autobiographical script. The Big Sick follows the relationship of Pakistan-born comedian Kumail (Kumail Nanjiani) and grad student Emily (Zoe Kazan). When Emily contracts a mysterious illness, Kumail must navigate the crisis with her parents and the emotional tug-of-war between his family and his heart.