LANGSTON Produces Another Blockbuster Crash Camp in the Central District 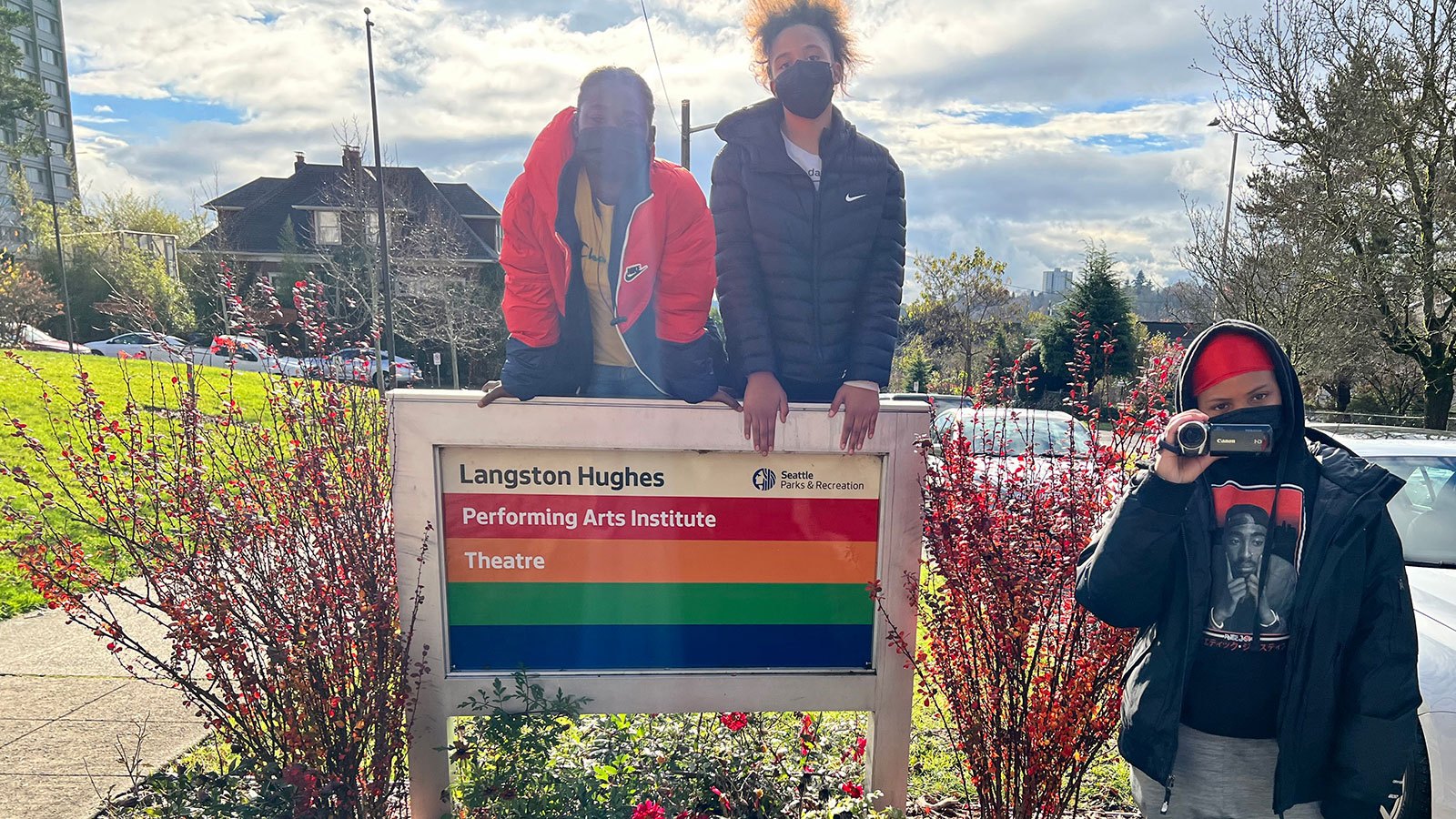 At the most recent iteration of the partnership between SIFF and LANGSTON, the LANGSTON CRASH film camp, campers arrived as shy students and left as bold, confident filmmakers and storytellers.

The three-day camp took place at Langston Hughes Performing Arts Institute in the Central District with filmmaker Tiffany Bennett at the helm.

“My focus is to create a program to empower Black youth to be the next generation of visual storytellers,” said Bennett.

Students pose for the final scene from their film about the Black Lives Matter movement. (Photo Credit: Tiffany Bennett)

Filmmakers (and brothers!) Obadiah Freeman and Zawdie Stephens-Terry mentored the two groups of ten students from the first frame on their shot list to the final frame of editing. Each film crew rotated through positions as directors, actors, camera operators, and editors, giving students a chance to see themselves in the film industry. 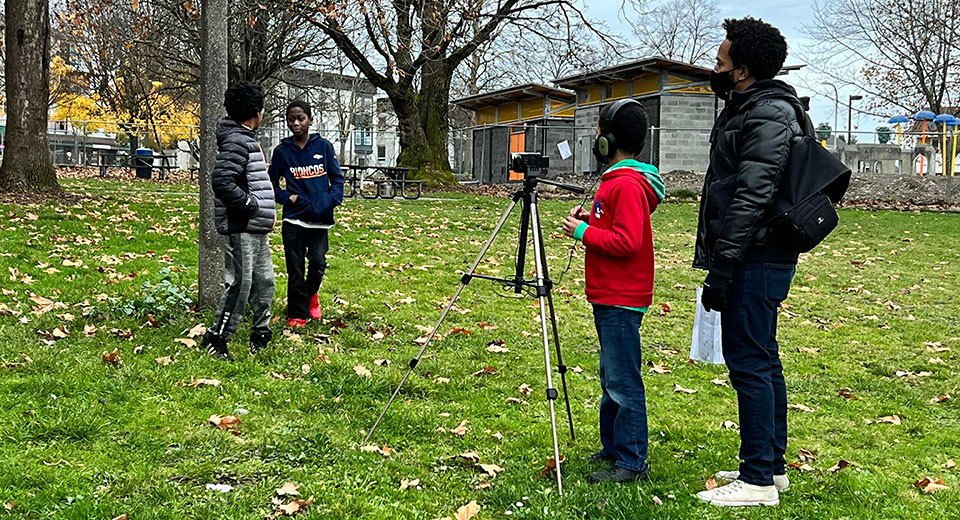 Students film a scene under the tutelage of their mentor, Obadiah Freeman. (Photo Credit: Tiffany Bennett)

SIFF has been operating Crash Mobile with LANGSTON for more than four years. This immersive filmmaking experience empowers youth to create short films around culturally appropriate themes inspired by events and stories within their communities.

“The youth research and discuss topics specifically related to our community. Using the basic visual arts and storytelling techniques taught, they are able to develop a sequenced film that preserves the history of African-American culture”, said Bennett.

The student films tackled topics such as the Black Lives Matter movement, the origins of African-American Vernacular English, and the life and death of Edwin T. Pratt (namesake of a Central District park), a civil rights activist who was gunned down on his doorstep in Shoreline, Washington in 1969.

“Knowing our roots helps us understand and attain what we need to grow,” said Zawdie Stephens-Terry. “So, I feel a sense of joy and responsibility being a part of our children’s education.” 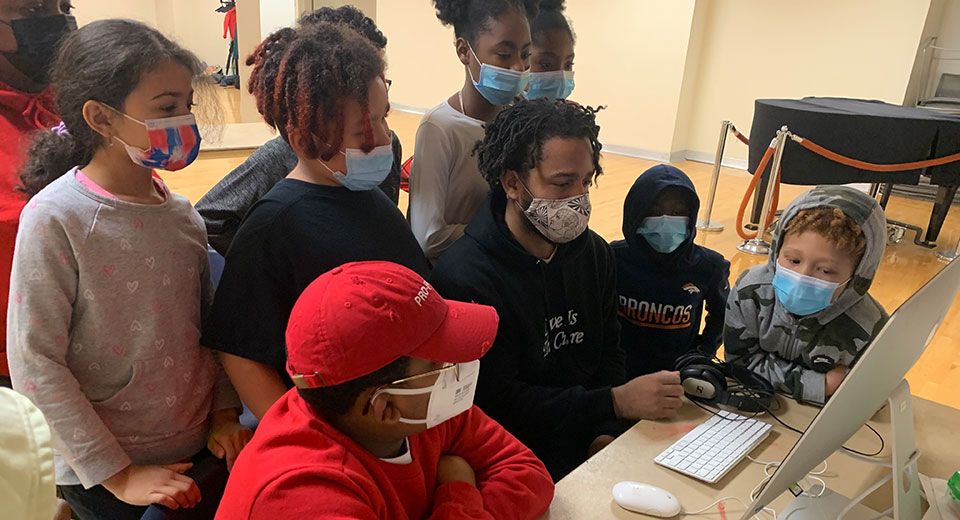 At the end of each day of camp, families and friends were invited to view the films completed by the students-turned-filmmakers.

What happens to the films after camp? Annually, LANGSTON makes a selection of the films created by CRASH youth throughout the year to feature in their Seattle Black Film Festival. In previous years, the young filmmakers have been invited to participate in panels during the festival to talk about their experience making the short films and hopefully inspire other young, Black filmmakers to pick up a camera and tell their stories. The 2022 Seattle Black Film Festival will be held virtually and in-person, April 28–May 1.

“We are so proud of the evolution of the CRASH at LANGSTON filmmaking program and our partnership with SIFF,” says LANGSTON’s Director of Programs and Partnerships, Jazmyn Scott. “The advanced level of filmmaking and stories that these young people have created is mind-blowing. I always look forward to witnessing the exploration of their brilliance and creativity, and I’m honored that we are able to provide a safe space for them to do so.”

SIFF is looking forward to participating in more CRASH camps with LANGSTON in 2022. To learn more about LANGSTON, please visit langstonseattle.org.